As China pushes back on virus, Europe wakes to 'Wolf Warrior' diplomacy 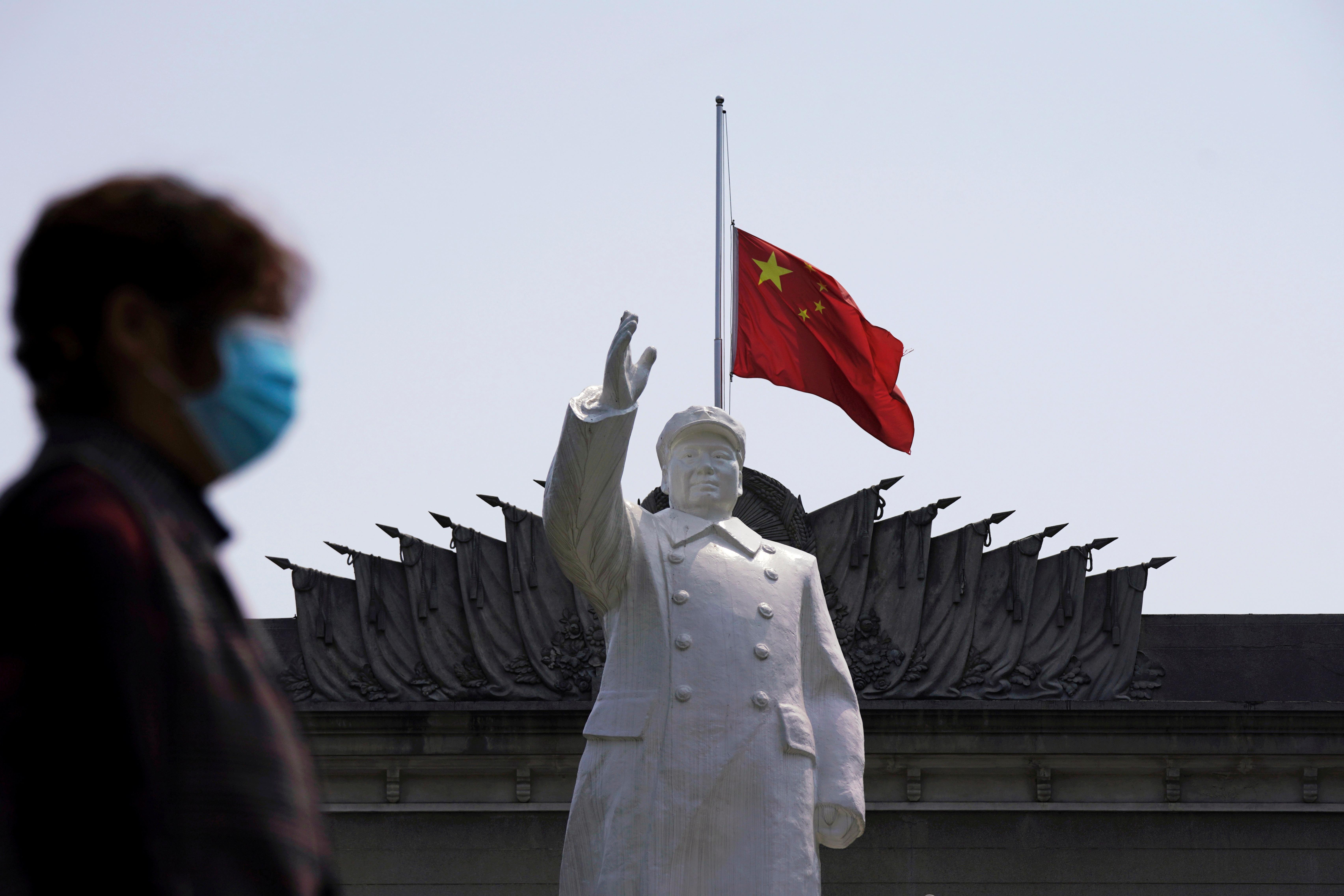 Seeking to mark an anniversary of the European Union’s relations with China on May 6, he and the EU’s 27 ambassadors co-wrote an opinion piece titled “EU-China ties vital amid global crisis,” for publication on embassy websites and in China Daily, an English-language newspaper controlled by the state.

“The outbreak of the coronavirus in China, and its subsequent spread to the rest of the world over the past three months,” said the carefully orchestrated piece, had “temporarily side-tracked” plans for meetings.

But in the China Daily version, the reference to the virus starting in China was deleted.

The change emerged as the article appeared on EU embassy websites, causing alarm among representatives of member states. Diplomats said the ambassador, French diplomat Nicolas Chapuis, had not consulted his bosses in Brussels or his fellow envoys about the change. He had, the EU executive said on May 7, unilaterally decided to accept it, with “considerable reluctance.”

Chapuis told a news conference the omission was “regrettable;” his boss, EU foreign policy chief Josep Borrell, subsequently spoke out against censorship by China’s state controlled media. Borrell also said that accepting the cut “was not the right decision to take,” though Chapuis kept his job.

China Daily did not respond to requests for comment, but the paper’s bureau chief in Brussels, Chen Weihua, responded to the EU ambassador on Twitter, saying, “You did nothing wrong. I don’t think those people should make a big fuss of the editing out of such a phrase.”

As the new coronavirus casts its shadow over geopolitics, the episode highlights concern among European diplomats over what they see as an increasingly conflictual relationship with Beijing.

As China is seeking to control the damage the pandemic threatens to its global reputation, the government of President Xi Jinping is pushing hard to control the story from Berlin to Bratislava, diplomatic cables seen by Reuters and interviews with more than a dozen diplomats, advisers and officials show.

In a campaign of increasingly assertive and at times aggressive diplomacy, China has sought to pressure European countries that criticise its handling of the outbreak, Reuters found. At a time when Europe’s ties with the United States are already strained by President Donald Trump’s ‘America First’ policy, the fallout from the coronavirus underscores how the EU is caught between two powers – needing both, but reluctant to side with either.

On the one hand, officials in Brussels and European capitals argue they need to show China that the European Union – the world’s largest trading bloc and a wealthy market of 450 million consumers – won’t be pushed around.

On the other, countries within Europe are rarely unanimous. States such as Germany have large trade relationships with China that they don’t want to jeopardise. German manufacturers, for example, depend on China, Germany’s biggest trading partner, to both supply components and to buy their cars.

“We don’t have the structure or culture to reciprocate the assertiveness or use power plays like China,” one diplomat said. “The aim of European diplomacy since the Second World War has been all about finding a compromise. China doesn’t necessarily look at things the same way at all.”

China’s foreign ministry and its officials declined to respond to questions posed by Reuters for this story. The European Commission, the EU’s executive body, declined to comment on the diplomatic contacts.

This year was meant to be an important one for Sino-EU ties. Until the virus emerged in Wuhan in December, the EU had started to make progress with Beijing after tense summits in 2016 and 2017 ended without any joint declarations. Last year, the European Commission dubbed China an economic competitor and “systemic rival.”

Beijing in April 2019 acquiesced for the first time on key issues such as equal treatment of European companies in China, after months of negotiations, according to senior EU officials. That accord was to be followed this year by an EU-China summit in Beijing and a meeting between Chinese leader Xi and EU national leaders in Leipzig, Germany, in September.

But now, besides practical obstacles to such meetings from social distancing, both sides are pushing back against each other.

In China, the virus has compounded an already more pugnacious approach to international affairs – dubbed “Wolf Warrior” diplomacy in both Western and Chinese media – after two popular Chinese movies in which the action hero outguns and outsmarts nefarious U.S. special agents.

Spurred by Xi’s calls for the country to be more imposing, Chinese diplomats have pushed back against criticism of its handling of the outbreak, in every forum from social media to TV, newspaper op-eds, and diplomatic correspondence.

A striking example was on April 12, when the Chinese embassy in Paris posted an unsigned article on its website that suggested care workers in Western nursing homes had abandoned their jobs, leaving residents to die. China’s ambassador in Paris, Lu Shaye, was summoned by the French foreign ministry and wrote a post saying ties between China and France remain strong, but did not withdraw the comments, which France rejected.

Chinese foreign ministry officials told EU diplomats that the issue was one for France and China, not the wider EU, and that “it was now at an end,” according to a diplomatic cable from the EU delegation in Beijing to Brussels from April 22.

On April 26, China’s embassy in France posted another article on its website complaining of “China bashing” and claiming that “some Westerners are beginning to distrust liberal democracy.” The article said that “in the response to the epidemic, socialism with Chinese characteristics has demonstrated its ability to concentrate resources in the service of great achievements.”

Janka Oertel, head of the Asia programme at the European Council on Foreign Relations, said China is transferring its domestic approach to controlling public perception to the diplomatic arena.

“China is desperately trying to get its coronavirus story out there and as far as it’s concerned set the record straight,” she said. “It’s trying to do what it does domestically, which is create a narrative and protect its reputation.”

Chinese diplomats have also approached German government officials to persuade them to make positive statements on how Beijing is handling the pandemic, a letter dated April 22 from the German interior ministry to a German parliamentarian Margarete Bause showed.

The letter, reviewed by Reuters, said the diplomats had made individual contact with German officials to seek “positive public statements about the coronavirus management of the People’s Republic of China.” It said Germany had not complied.

And senior Chinese foreign ministry officials on several occasions pressured EU diplomats to block publication of an EU report analysing alleged Chinese disinformation online about the virus, according to documents seen by Reuters and diplomatic sources. The Chinese foreign ministry said the report would be “very bad for cooperation,” according to the April 22 EU diplomatic cable.

The internal version of the report, dated April 20 and reviewed by Reuters after parts were previewed by Politico, noted as a main finding that “China has continued to run a global disinformation campaign to deflect blame for the outbreak of the pandemic and improve its international image.”

In the public version, published on April 24 as a “snapshot overview,” criticism of China was given less prominence.

Top EU diplomat Borrell, called before the European Parliament on April 30 to explain the discrepancy between the versions, said there had been no watering-down, the published document was directed at a different public and while diplomatic pressures always exist, “We have not bowed to anyone.”

Beijing has long played on tensions between the EU’s founding states and its newer, formerly Communist members, through a special contact group of mostly east European countries called the 17+1, in which China is the 1. China has promised billions of dollars to countries which otherwise rely on EU development funds or outside investment to build railways, roads, airports and power stations.

China’s close relationships with such states make it harder for them to stand up to Beijing when Brussels wants them to, EU officials and diplomats say.

Even before the pandemic in the first two months of 2020, one diplomat said, Slovenia and Slovakia had requested help from the European Commission in pushing back against China’s pressure to take its side on issues including human rights. He said the states had effectively sent the message: “Help us: We don’t have the political clout to stand up to the Chinese.”

Slovenia’s foreign ministry said it had not sought such help, but did not know if others had. In a statement to Reuters, it said “very intensive” talks had been going on for an accord to be agreed at the EU-China summit which “will balance out the relations between the EU and China.” Slovakia did not respond to a request for comment.

When COVID-19 hit Italy and Spain, two large and influential member states, fellow EU members such as Germany initially came under fire for offering scant help. But China sent hundreds of thousands of testing kits and facemasks to them and other countries.

Italy, in particular, has been grateful. A poll of 800 people in Italy, carried out by the SWG research institute between March 20 and April 12, showed more than 50% of Italians consider China a friendly country, while other polls have shown once-solid support for EU membership falling.

China’s ‘mask diplomacy’ also spurred a dramatic change of tone from Czech Prime Minister Andrej Babis. Before the pandemic, he had called for the removal of the Chinese ambassador after a threatening letter from the embassy over a Czech lawmaker’s planned visit to Taiwan.

But as COVID-19 infections spread, Babis raced to the airport to personally greet a planeload of medical supplies from China, and publicly thanked the ambassador he had wanted withdrawn.

Babis said there was no connection between those actions. “When I did not like the communication of the ambassador, I said so,” he said in a statement to Reuters. “The same way, I did not have any problem to thank him publicly when he did his share.”

Not all responses have been as simple. Dutch, Spanish and other European authorities have questioned the quality of equipment sent – the Netherlands recalled some masks that had been distributed to hospitals on the grounds that they were not surgical, the Dutch health ministry said.

China rejected such complaints, saying for example that faulty test kits in Spain were provided by a company without a proper licence that had nothing to do with government shipments.

In the EU headquarters in Brussels and in European capitals, discussions are underway about how to respond to China’s toughening line.

Europe is intent on ensuring closer cooperation with Beijing on landmark issues like climate policy, especially after the U.S. withdrawal from the Paris climate accord. EU and Chinese representatives spoke on May 11 about opening up on trade. But there is little clarity on the diplomatic road.

The EU-China summit may take place on June 3, according to a European Commission planning note, but by video conference, rather than in person in Beijing. 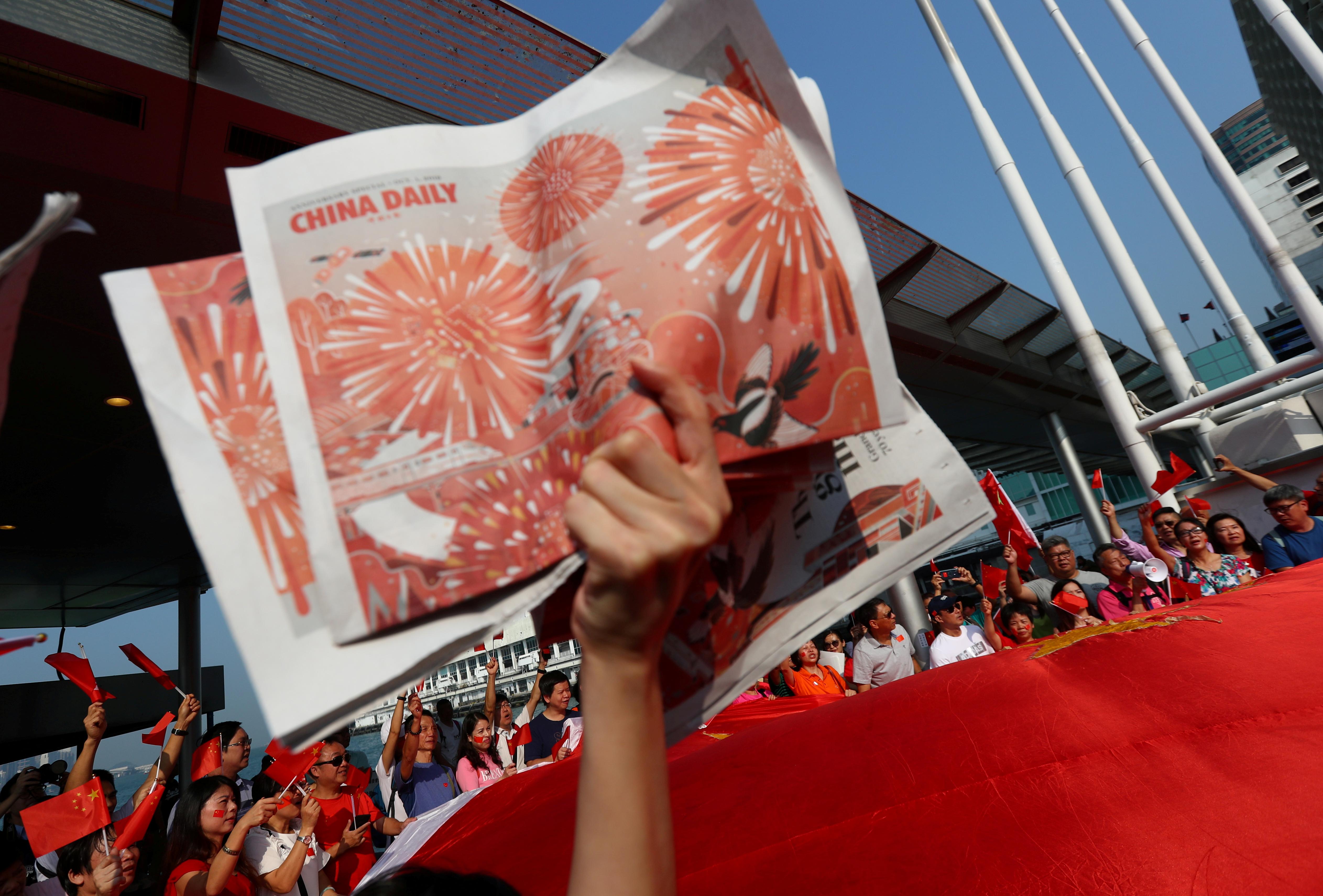 The last time China policy was discussed by the EU’s 27 envoys in Brussels in March, Ireland’s envoy expressed concern that China’s “huge propaganda machine” may win the narrative on trade, cooperation and the summit, according to the minutes seen by Reuters.

France’s representative to Brussels urged the EU to demand China be more transparent on such issues, as well as coronavirus.

“We need to preserve our position,” he said.