SAN CRISTOBAL/CARACAS (Reuters) – Since Venezuela went into its coronavirus lockdown, dozens of needy people have been lining up at a slaughterhouse in the western town of San Cristobal to pick up the only protein they can find for free: cattle blood. 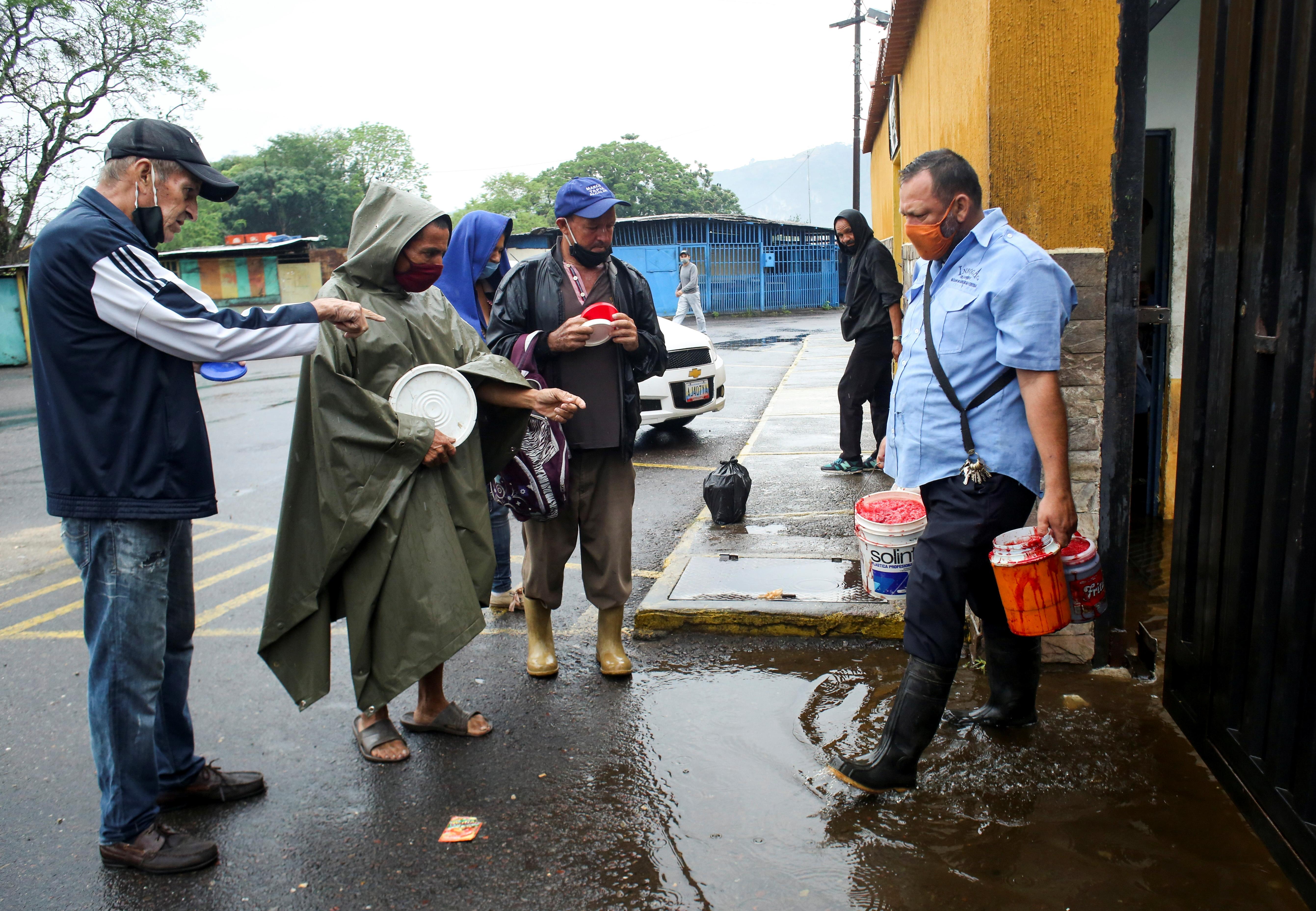 Mechanic Aleyair Romero, 20, goes twice a week. He lost his job at a local garage and says boxes of subsidized food from the government of President Nicolas Maduro arrive too slowly.

“I have to find food however I can,” said Romero, holding a coffee thermos dripping with blood the slaughterhouse gives away.

Though cow’s blood is a traditional ingredient for “pichon” soup in the Venezuelan Andes and neighboring Colombia, more people have been seeking it out since the COVID-19 crisis.

In a proudly carnivorous nation, few are happy about eating more blood instead of meat – a kilo of which costs about two times the monthly minimum wage.

Increased consumption of cattle blood is, like stripped mango trees, a striking symbol of hunger as Venezuela’s economy, already suffering six years of hyperinflationary implosion, has been nearly shuttered in response to the pandemic.

Though numbers of reported deaths and cases from the virus appear modest, Venezuelans are suffering from the economic shutdown and delays in the state food distribution program known as CLAP, for years the most important source of food for many.

The situation is hitting the provinces hardest because distribution is tilted toward major cities including Caracas, according to nutrition-focused charity Citizenry in Action.

The government has for years given the capital priority access to services including water and power.

In Caracas, 26.5% of families receive CLAP boxes, compared with only 4% of families in areas such as “Los Llanos” (The Plains) region, Citizenry in Action says.

“It’s not the virus that’s going to kill them, it’s hunger,” said Edison Arciniegas, director of the group.

Even before COVID-19, the United Nations called Venezuela one of the world’s 10 worst humanitarian crises in 2019, noting that 9.3 million of the 30 million population consume insufficient quantities of food.

Some 5 million people have migrated as a result, it says.

Maduro’s leftist government blames the problems on U.S. sanctions meant to force him from power, and says international aid agencies exaggerate the extent of migration. The information ministry did not reply to a request for comment.

Official figures show Venezuela has 440 cases of coronavirus and 10 deaths – though critics believe there are more.

Soup kitchens describe a big increase in use since the quarantine began in mid-March and delays in food box deliveries, which in many cases come every six to seven weeks rather than monthly as promised at the start of the programs in 2016.

The government sends boxes “whenever it wants,” said Romero.

At a soup kitchen in the poor Caracas neighborhood of Carapita run by the Feeding Solidarity group, workers say they were accustomed to providing meals for 80 children but under quarantine are now also feeding some 350 adults.

Upon receiving a bowl of soup and a ham-and-cheese sandwich, some mothers remove part of the ham and cheese for their children to have for breakfast the following day. They, too, complain the state food boxes are slow and meager.

“It’s not enough for us to get through this,” said Ysimar Pernalete, 38, a mother-of-two, of the CLAP boxes.

“How can you tell a child ‘I don’t have anything to give you’? You give them rice without anything else and they cry.”

The government in 2016 began distributing food directly to millions of Venezuelans in what authorities said would prevent merchants from overcharging for good.

Critics call it a social control mechanism that allows the government to limit dissidence and protest. 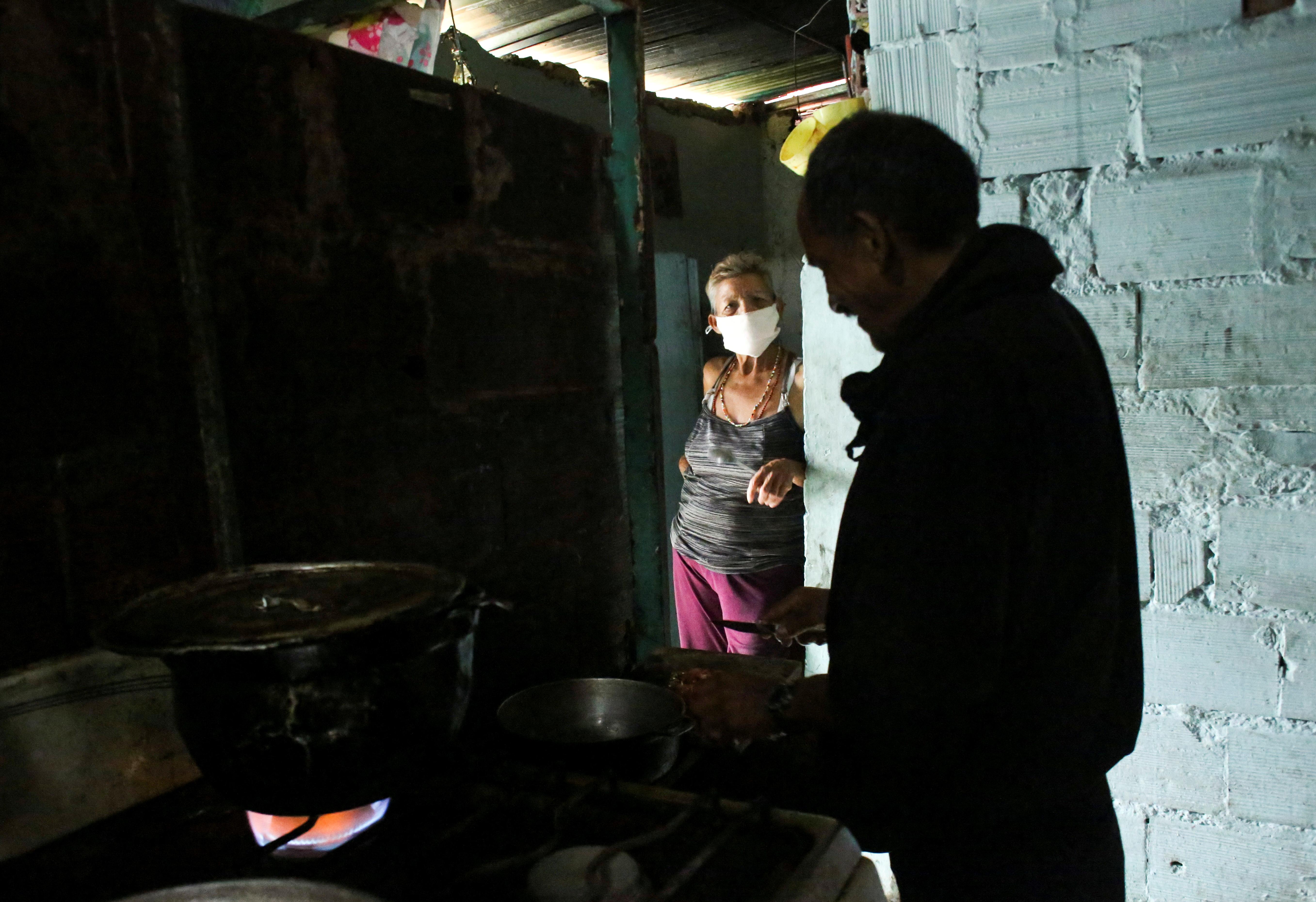 At the San Cristobal municipal slaughterhouse, thirty to forty people arrive every day to request cattle blood, according to one employee, who recalled that blood would be thrown away back in more prosperous times.

“We’re going hungry,” said Baudilio Chacon, 46, a construction worker left unemployed by the quarantine measures as he waited to collect blood at the slaughterhouse.

“We are four brothers and a 10-year-old boy, and we’re all surviving on blood.”