No immediate claim of responsibility but analysts have long feared Sahel violence could spread to southern countries. 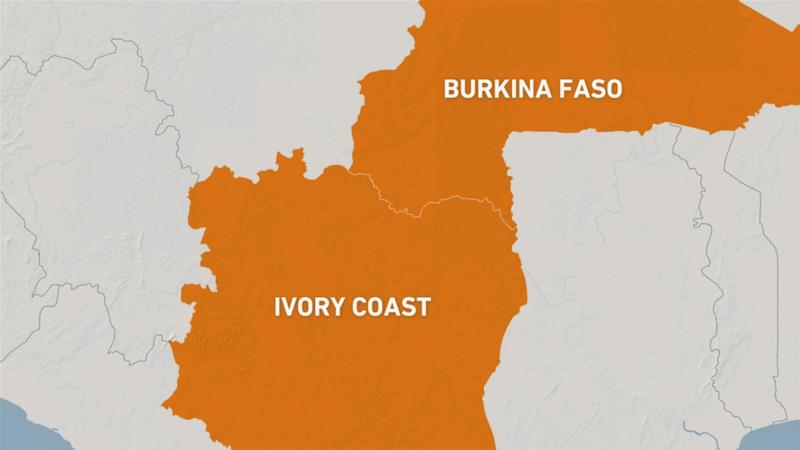 At least 10 soldiers have been killed and six wounded in an attack on an Ivory Coast military post near the country’s border with Burkina Faso, according to the army.

It was not yet clear who carried out the predawn attack on Thursday, which was the deadliest in Ivory Coast since gunmen from al-Qaeda’s North African branch stormed the beach resort of Grand Bassam in March 2016, killing 19 people.

The head of the armed forces, Lassina Doumbia, said in a statement that 10 soldiers were killed and six wounded. He added that one of the attackers was also killed.

Earlier, a senior officer at the army chief of staff’s office said 12 soldiers had been killed and seven wounded, and added that two other military gendarmes were reported missing.

The fighters were believed to have come from Burkina Faso, with which the Ivory Coast shares a 550km (340-mile) border.

A resident of the Ivorian town of Kafolo told AFP news agency he heard “the sounds of rifles toward the river” during the attack.

“We are hiding in the houses with our families. The military has forbidden us to go out. Everything is closed.”

Fears over spread of Sahel violence

A 2012 separatist movement in Mali sparked a “fireball of conflict” in the semi-arid Sahel region in north-central Africa, with violence by various armed groups, including several al-Qaeda and ISIL (ISIS) offshoots, spreading across the borders of Niger and Burkina Faso in recent years.

All three countries have seen a dramatic rise in attacks and displacement, with the situation further stoked by intercommunal violence met with the deployment of national, regional and international forces and local militias.

About 4,000 people were killed in Mali, Niger and Burkina Faso in 2019 with thousands displaced, according to the United Nations.

Security analysts have long worried the escalating violence in the Sahel would spread into the coastal states on the Gulf of Guinea, with fighters using Burkina Faso as a launching point to attack neighbours Ivory Coast, Benin, Togo and Ghana.

But while several attacks have taken place near the border of the Ivory Coast on the Burkina Faso side, the violence had not in recent years crossed into the Ivorian side. Benin, Togo and Ghana had also yet to be attacked by fighters from Burkina Faso, according to International Crisis Group (ICG).

While the Gulf of Guinea countries tend to be wealthier than their northern neighbours, ICG has warned that they are also ripe to be exploited by armed groups and often lack coordination.

“They are plagued by the same underdevelopment of peripheries remote from the seat of power, popular disenchantment with absent or brutal state authorities, and shortcomings in intelligence and security services,” it said in a 2019 report.

In response to the northern threat, the Economic Community of West African States (ECOWAS) has lobbied for large-scale military operations in the area.

Thursday’s attack took place in the same zone where Ouagadougou and Yamoussoukro last month launched a ground-breaking joint operation to flush out fighters.

So-called “Operation Comoe”, named after a river that flows through the two countries, has led to the death of eight fighters, the capture of 38 others and the destruction of a “terrorist base” at Alidougou in Burkina Faso, the Ivory Coast army said on May 24. 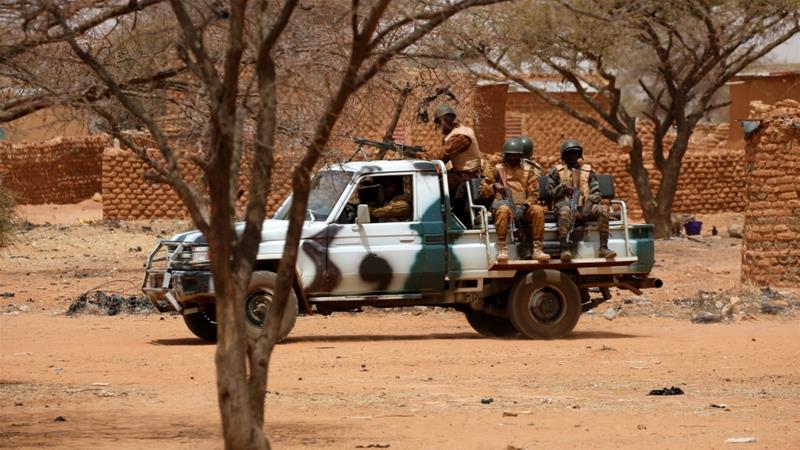 What’s behind the upsurge in violence in the Sahel?