Austrians let their hair down as coronavirus curbs are relaxed

VIENNA (Reuters) – Austrians flocked to newly reopened hairdressers, beauticians and electronics shops on Saturday, as they relished the loosening of a seven-week-old coronavirus lockdown, although the move could yet cause a rebound in infections. 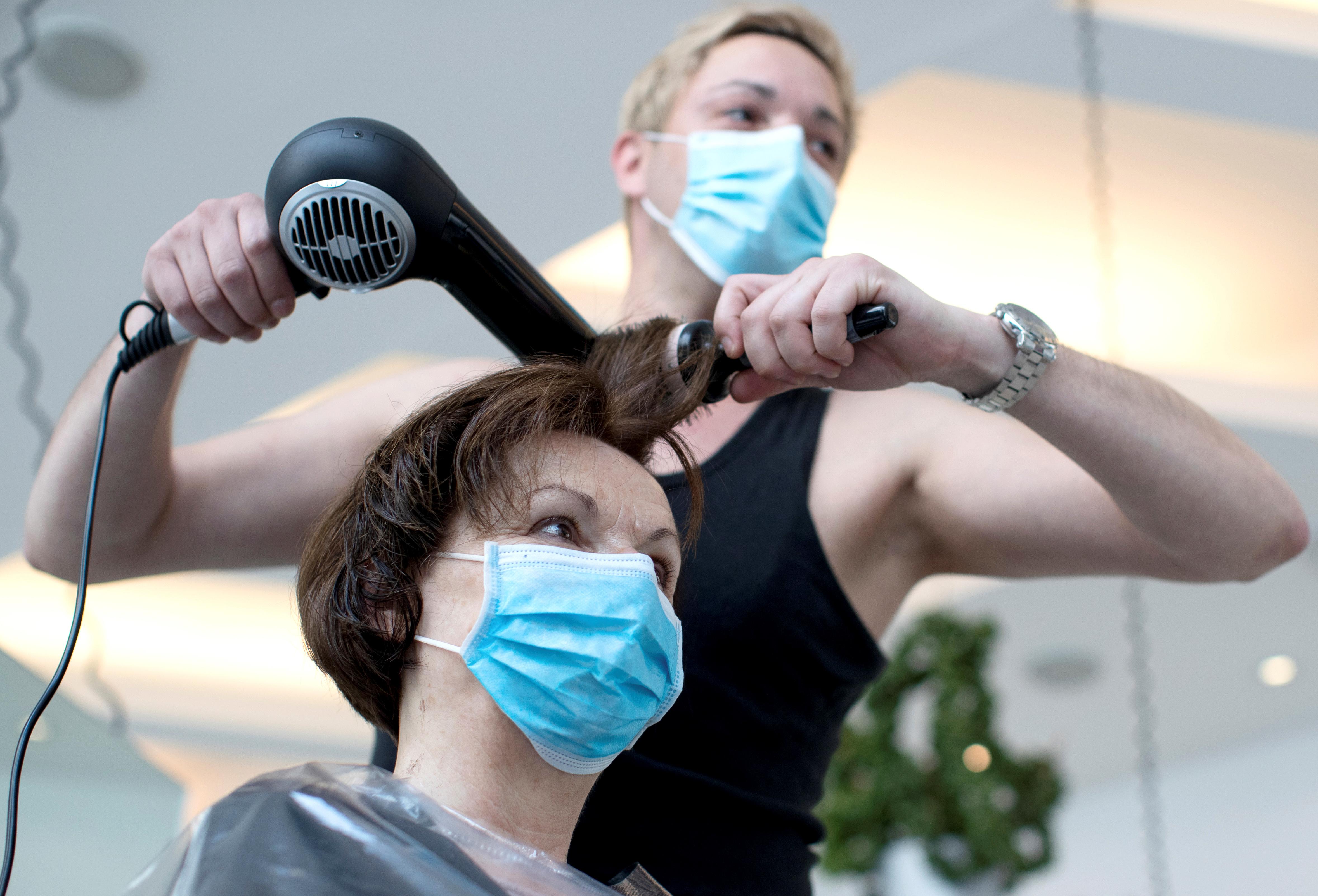 The Alpine republic acted early in its outbreak to close restaurants, bars, theatres, schools, non-essential shops and other gathering places, which helped reduce the daily increase in infections to less than 1%. Austria has reported about 15,500 cases and 589 deaths so far.

The conservative-led government has said those relatively low numbers justify a phased reopening. The second phase – shopping centres, larger shops and service providers including hairdressers – began on Friday, a public holiday, meaning almost all those reopened on Saturday.

“After seven weeks in which no appointments were possible, I have the great fortune of having got the first appointment at my hairdresser,” Gertraud Schubert said proudly as she had her hair cut and coloured at Hair Concept, a Vienna salon which is fully booked for the next three weeks.

Of several European countries which have loosened their lockdowns, Switzerland and Denmark have already let hairdressers reopen, prompting relief among many who had grown scruffy and unkempt while working from home.

In Vienna, hairdressers and clients wore face masks, which are required in shops and on public transport.

The lockdown loosening started on April 14 with DIY and garden centres as well as non-essential shops of up to 400 square metres. Restaurants, cafes and bars can reopen on May 15, followed by hotels on May 29, provided infections do not surge.

While new infections remain low, there are indications of a possible rebound. The reproduction rate, the number of people on average who catch the virus from each infected person, has been rising for several days, according to a report here by public health body AGES published on Thursday.

The reproduction rate, often referred to as R and calculated over 13 days, was 0.67% nationally. In Vienna, home to more than a fifth of the population, it was already close to 1, the report showed. Above 1, infections increase exponentially.

Austria also relaxed its general lockdown rules on Friday, saying the public no longer needed a reason such as shopping or exercise to leave their homes.