Bangladesh has sent a second group of Rohingya refugees to a remote island, despite concern from human rights groups.

About 1,800 refugees were moved from crowded camps in Cox’s Bazar and housed overnight at a transit centre.

They then boarded naval ships at Chittagong and set off for the Bay of Bengal on the island of Bhasan Char. 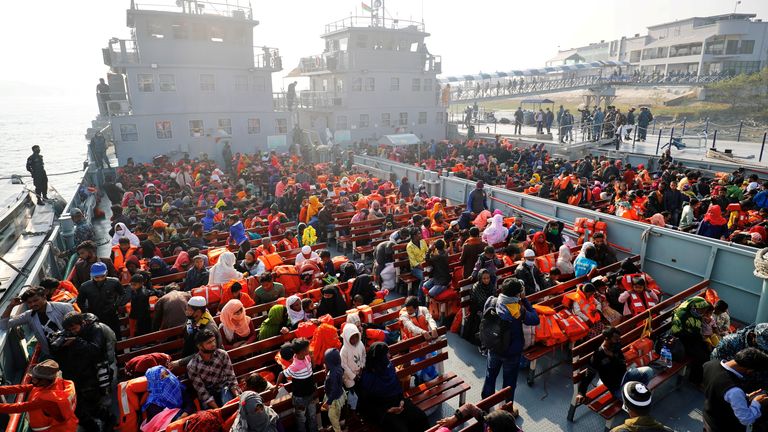 Authorities said the relocation was voluntary, but activist groups claimed some refugees were forced to go to the flood-prone island.

Refugees in five ships were seen sitting on wooden benches, some clutching ducks, pigeons and chickens in bamboo baskets.

Many wore orange life vests and masks for coronavirus protection.

Bangladesh sent a first group of 1,642 Rohingya to the island on 4 December.

About 700,000 people from the Muslim minority group fled from Buddhist-majority Myanmar after August 2017, when they faced a harsh crackdown from Myanmar’s military.

Bangladesh tried to send refugees back to Myanmar under a bilateral agreement, but no one wanted to go. 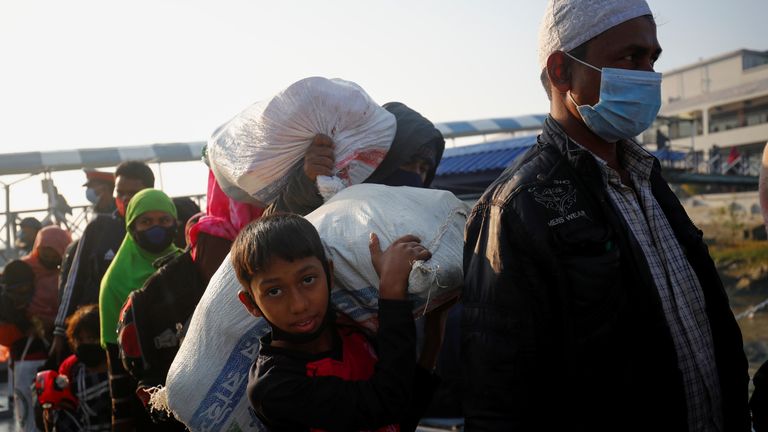 Rohingya Muslims are not considered as citizens in the Buddhist-majority Myanmar, with the crackdown including rape, murder and the torching of thousands of homes – a move declared as ethnic cleansing by the UN.

Flood-prone Bhasan Char, 21 miles from mainland Bangladesh, was not inhabited before surfacing 20 years ago.

The island’s facilities are designed to accommodate 100,000 people, just a fraction of the million Rohingya living in crowded, squalid refugee camps in Cox’s Bazar – home to the world’s biggest refugee camp. 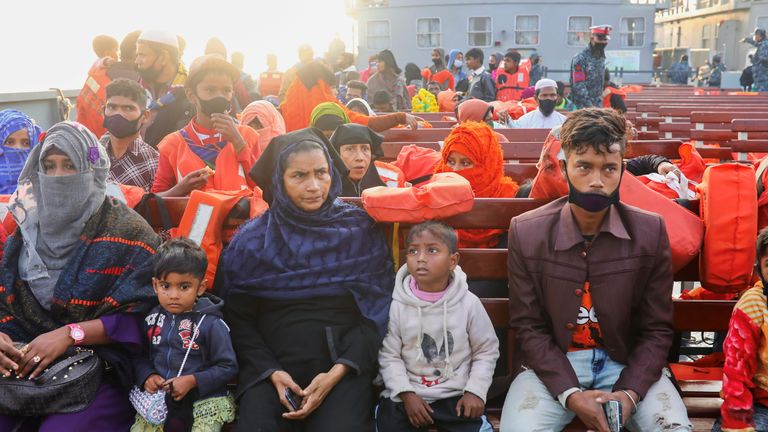 It is regularly submerged by monsoon rains.

The Bangladeshi government claimed the camp is safe as it is sheltered by an eight mile flood embankment and offshore breakwater structures. But the United Nations has not been involved in the relocation and has been barred from carrying out an assessment of the safety risks.

It urged the government to ensure no refugee is pressured to move.

Amnesty International also expressed concern about a lack of transparency “and allegations from within the community about cash incentives being offered to Rohingya families to relocate to Bhashan Char, as well as use of intimidation tactics”. 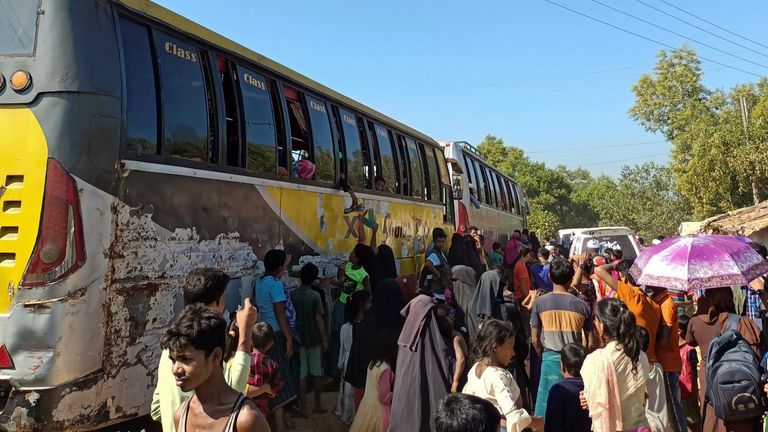 The government prepared the relocation for several months. More than 66 tonnes of food rations and other essential household items were transported last month.

Flood protection embankments, houses, hospitals and mosques have been built on the island at a cost of more than $112m (£83m) by the Bangladesh navy.

Upon reaching the island, navy personnel helped the refugees ashore. Families carried sacks of belongings to their new concrete homes and bunk beds. There are 120 cluster villages in the camp. Each one has 12 buildings that house 16 families. A family has a 12ft by 14ft foot room and the kitchens and bathrooms are shared. The structures are built about four feet above the ground.

Speaking on the move from the muddy refugee camp made of bamboo and plastic shelters, one middle-aged man said: “Bhasan Char is better”.

He said the head of his old camp convinced him that he should go to the island with his wife and three children.