BBC Weather forecaster Sarah Keith-Lucas explained the weather in Europe would take a more wintry turn in the new week. She claimed central Europe would see heavy rainfall as temperatures begin to drop due to winds coming in from the Arctic. She explained eastern Europe would see the warmest and dry weather as a new weather front from the Atlantic moves eastwards into the continent.

Ms Keith-Lucas said: “After the recent spell of warm and dry weather across central and Europe things will now be turning colder and more unsettled.

“This is due to the arrival of weather fronts from the Atlantic so there will be some heavy downpours as low pressure pushes across parts of Portugal, Spain and France during Sunday.

“To the north of that, there will be cold winds for the UK and Scandinavia too.”

The BBC Weather forecaster explained, as we move into the new week, wet weather will continue to move eastwards across central Europe. 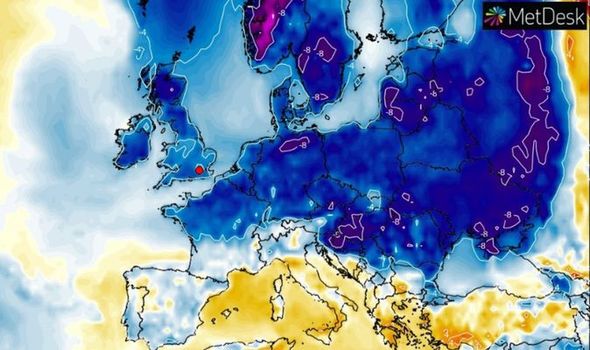 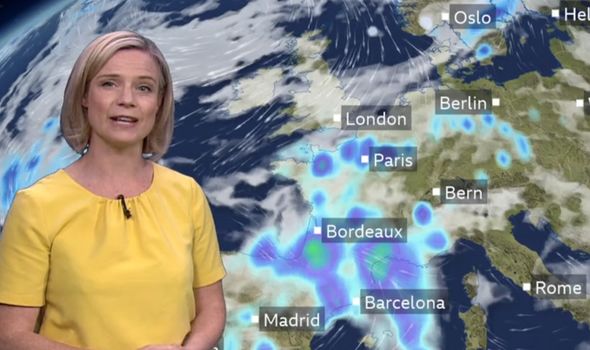 Polar air from the Arctic will continue to push into Europe and force temperatures to fall first in Scandinavian nations and Britain.

For eastern Europe, temperatures will remain high and hover around the mid-twenties.

Ms Keith Lucas continued: “Across the Balkans and into Turkey there is warm and dry weather expected.

“It will be sunny too for much of Greece and there will be fairly brisk winds in the Adriatic Sea for the next couple of days. 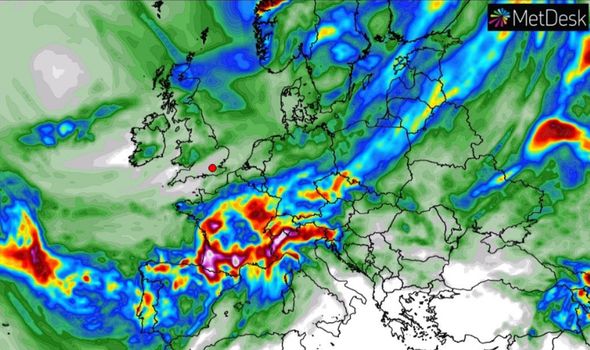 “We will see showery conditions across Portugal and Spain as it is fairly unsettled here.

“The rainfall for parts of France and Germany will be quite heavy at times on Monday.

“While the UK and Scandinavia will have a cold and almost wintery feel to the weather. 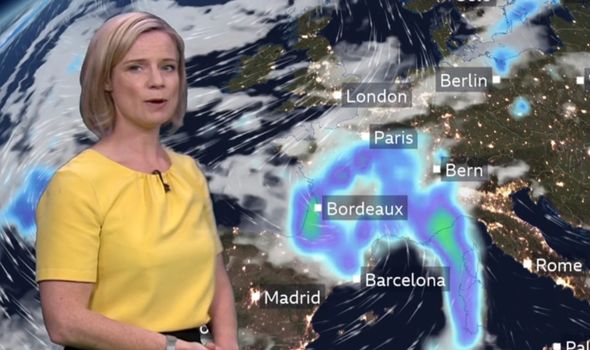 “There will be some brisk winds and snow flurries for parts of Norway, for example.”

London is expected to start the new week with temperatures much lower than over the bank holiday weekend.

Monday will see highs of 11C and temperatures will remain in the mid-teens for the majority of the week.

Paris will also see temperatures fall to the low teens but can expect some sunnier days as the week goes on.