BBC meteorologist Tomasz Schafernaker warned viewers that some “very hot weather” is currently affecting southeastern Europe. The weather presenter noted that it is taking place from the Balkans across Turkey to the eastern Mediterranean. Temperatures in some areas are “well above the average” for the time of year.

Mr Schafernaker said: “Temperatures will reach in excess of 40C, which is more like the middle of summer.

“It is very warm right across the Mediterranean at the moment.

“However, it’s not in the west across Spain and Portugal. 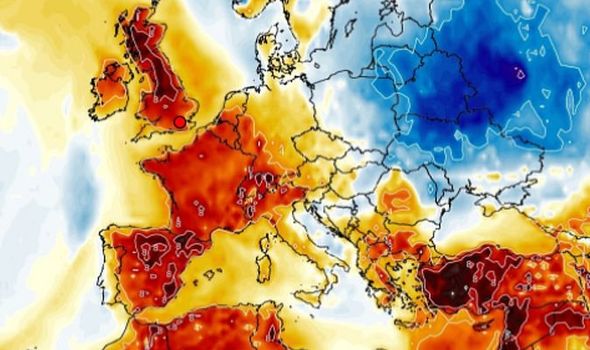 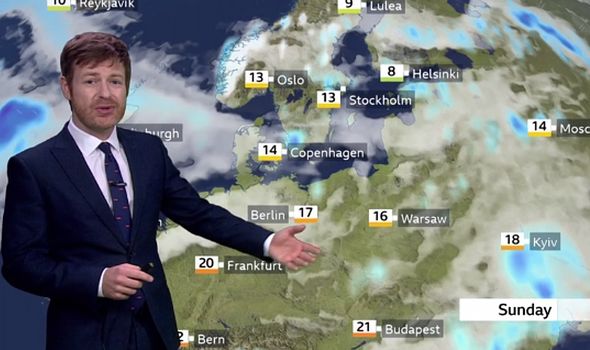 He continued: “Right across the Balkans temperatures are into the 30s or the high 20s.

“Then we have a weather front and north of that, it’s much cooler.

“Around Frankfurt it will be 20C on Sunday.” 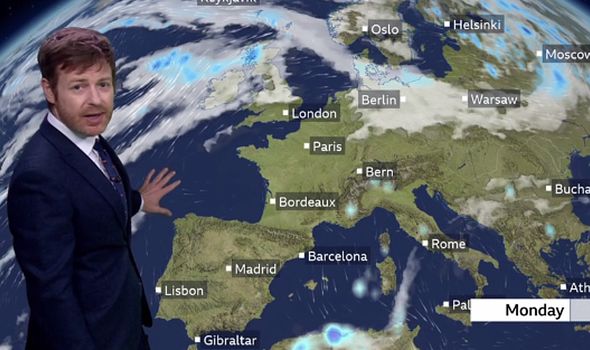 The BBC presenter added: “It is going to be warming up a little bit across some western parts of Europe.

“We’ll see southwesterly winds drawing some of that warmth from the southern climes.

“Temperatures will be back into the mid 20s for places like Paris and even London come about Monday.” 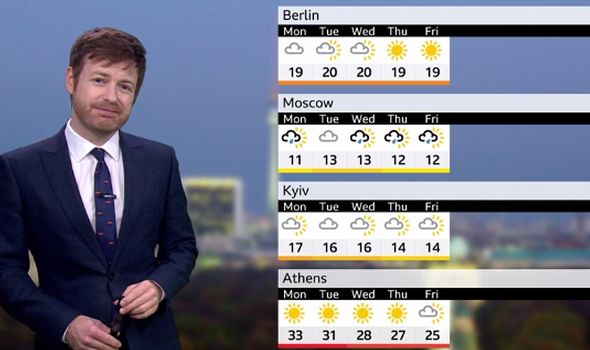 Mr Schafernaker also told viewers: “The forecast shows that we’re going to see some summertime weather in London and in Paris in the coming days.

“Madrid will also be warming up to around the high 20s by Wednesday.

“Elsewhere across Europe, there’ll be cool conditions with showers in Moscow.

“However, it will be dry and bright in Kyiv.”

Temperatures there will start around 17C on Monday, before lowering through the week.