BBC Weather: Arctic air to interrupt heatwave ahead of Easter

Cold Arctic air to set to dash the 48-hour mini-heatwave that will see Britain baking in near record-high temperatures for March. Temperatures will soar to nearly 25C on Tuesday in the UK, according to the latest BBC forecast. However, by Wednesday cold Arctic air will sweep across the country and linger across the Easter weekend.

He explained: “Over the next few days it is really going to be warming up. It will be the warmest weather we have had in the year so far.

“It won’t be warm everywhere. In the northwest of Scotland there is going to be some heavy rain developing in the next few days.

“We will have some outbreaks of rain this afternoon and that rain will work its way up toward Scotland.

“That will allow many parts of England and Wales to become dry, with sunshine towards the south-east in particular.”

JUST IN: UK to bake in HOTTEST spring heatwave as record heat from Continent… 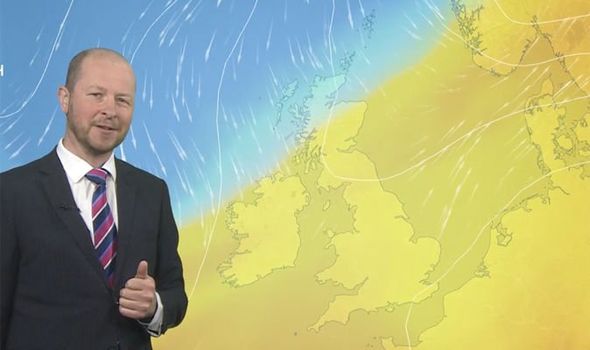 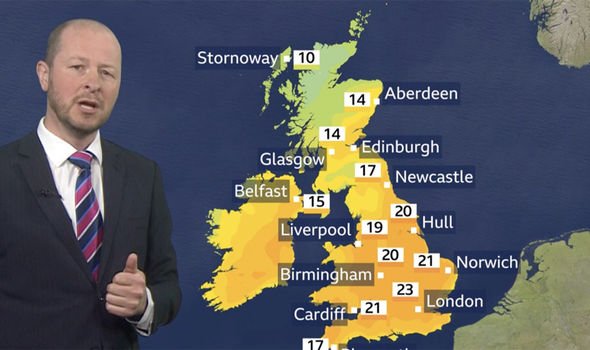 He continued: “It is going to be a windy day today. We could see gusts of more than 50mph in Snowdonia and over the Pennines.

“Temperatures pretty much everywhere will be a few degrees higher than they were yesterday. It will be a mild night overnight as well.

“As we head into the start of the new week, for most of the UK we are drawing in air all the way down from the Tropics and when you get the sunshine, the temperatures really will rise.

“The best of the sunshine will be developing across the southern England and Wales. 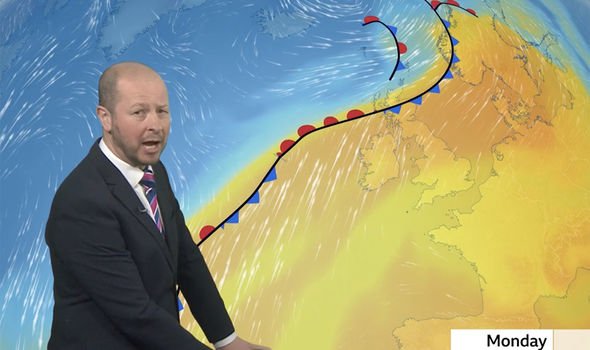 “Temperatures will continue to rise on Monday. The highest will be across the eastern side of England, 21C.

“Tuesday, we still have rain in Scotland but a lot of sunshine for England and Wales. Temperatures will widely be 21C. But we could make 24C across East Anglia.

“But, as we head to Wednesday, we are looking at rain moving down from the north across the country.” 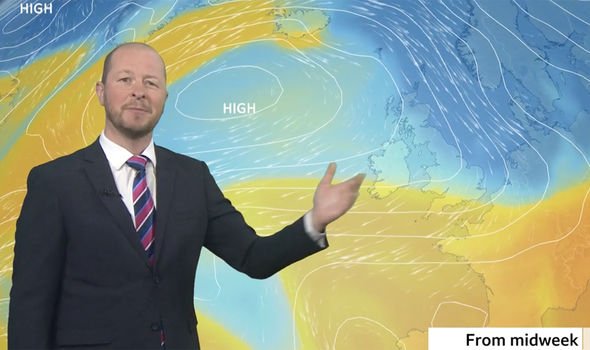 Mr Betts added: “And that introduces air coming all the way down from the Arctic. Just in time for the Easter weekend, you will need a warm coat.”

It is understood that temperatures could potentially break the record March temperature – set at 25.6C in 1968.

The warm spell this coming week also arrives as England experiences its first significant relaxation of lockdown restrictions on Monday.

The ‘stay at home’ order imposed in January will be scrapped and two households or up to six people will be permitted to meet outdoors.