BBC Weather forecaster Phil Avery warned Europe faces both heavy downpours and blistering sunshine in the coming days. He forecast heavy rain in central and Western Europe with especially heavy rainfall in southern parts of France. He noted southeast Europe would see the hottest temperature and towards the end of the week this warm air would spread to the rest of the continent.

Mr Avery said: “There is quite the variety of weather on offer across Europe at the moment.

“For northern areas, it is on the cooler side with a lot of dry weather thanks to a big area of high pressure to the West of the British isles.

“For the heat, you have to be down towards the south-east and it is very warm there.

“We have concerns because of the dividing line between those two regimes has brought an awful lot of rain. 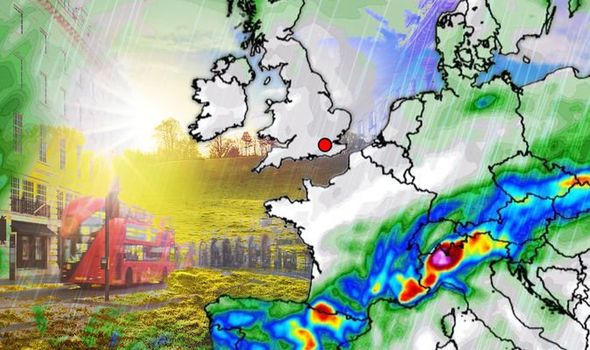 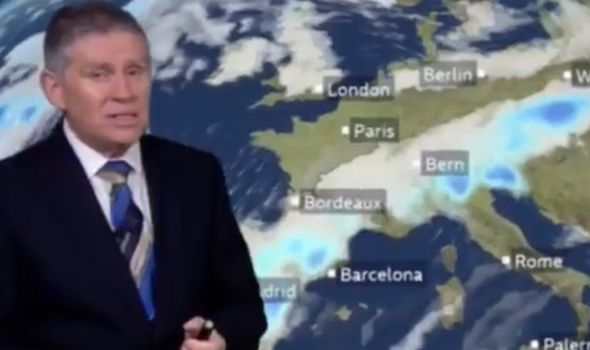 “All of the areas I have described there are effected by rain and could be seeing at least 50mm of rain.

“Somewhere in the Pyrenees and the Alps, there could be looking at as much as 80-100mm of rain.”

Mr Avery explained that for the southeast of Europe temperatures will continue to rise. 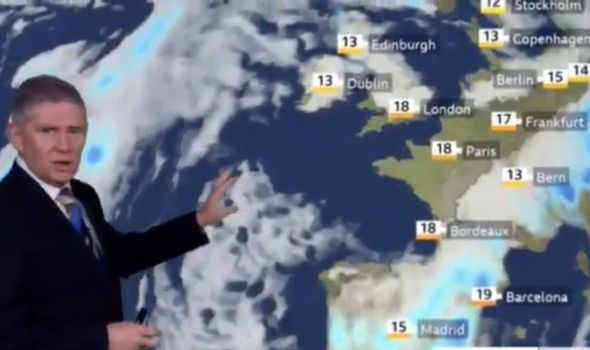 Temperatures will skyrocket to over 30 degrees for areas east of Italy and eventually move towards the rest of Europe.

He continued: “All the while the heat will be building across this south eastern quarter.

“It will be bringing a hint of dust so the atmosphere not as clear as it might be but very warm indeed.

“That won’t be the case initially in western Europe as there is a lot of moisture thrown into this weather front. 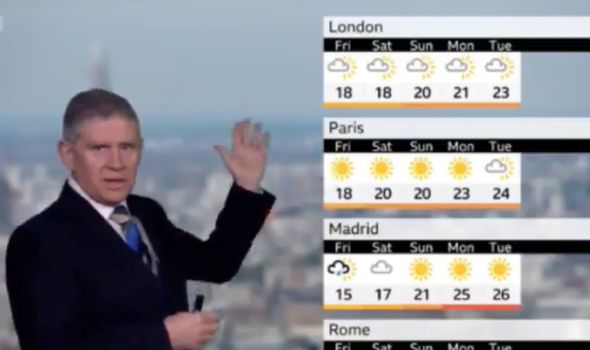 After the wet weather front passes, during the weekend, central Europe can expect significantly warmer temperatures.

London will see temperatures reach the mid 20s in the new week as the current cool air passes.