BBC Weather forecaster Chris Fawkes noted the next few days will be a mix of warm weather and rain for much of Europe. South-East Europe will see some of the wettest weather on the continent next week but some of the warmer temperatures. Central Europe will likely see temperatures in the mid-teens with the odd outbreak of rain, the BBC report claimed.

Mr Fawkes said: “We have got an area of low pressure in the central Mediterranean.

“That is going to be bringing widespread showers, increasingly into central and southern area of mainland Italy.

“Eventually this will be pushing its way eastwards.

“Looking at the forecast into Monday, showers are going to be impacting parts of Italy. 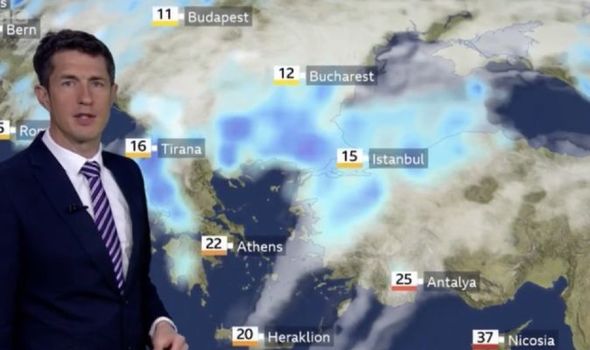 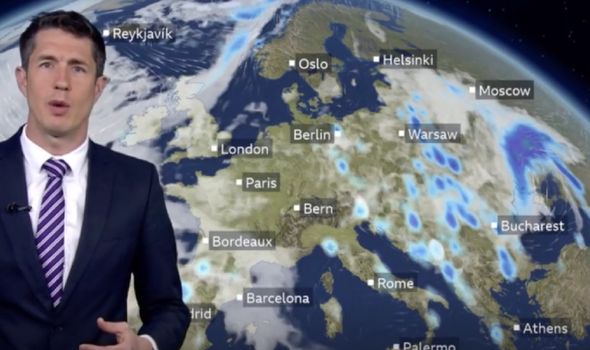 “The rain will start to turn heavier across areas of Greece, western Turkey into Albania, Bulgaria and southern portions of Romania too.”

The BBC weather forecaster noted that despite the rain there will still be a surge in temperature for this area.

He said: “The east of this, very high temperatures in Cyprus, 37 degrees Celsius.

“Some Saharan dust may well get pulled up making any sunshine a bit on the hazy side. 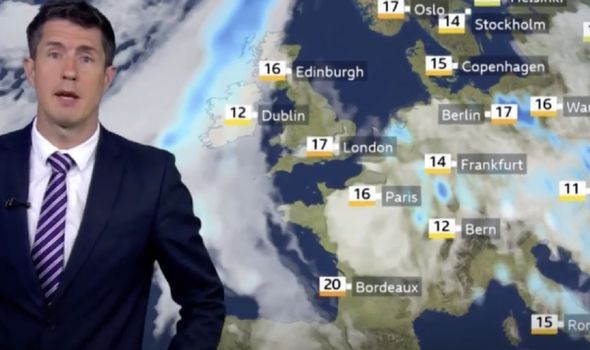 “There could be some pretty nice sunrises and sunsets as a consequence.”

In eastern Europe, it will remain mostly dry for the start of the week, with Spain and Portugal reaching above 20C.

For the rest of western and central Europe, there is expected to be a balance between warmth and showers. 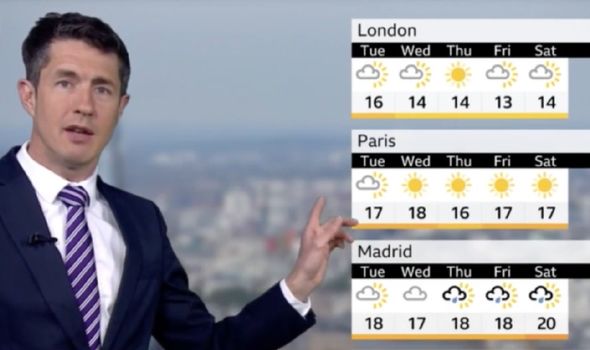 The forecaster said: “There will be bright skies for Spain and Portugal.

“There will be just a few showers for the northern areas.

“For most of Europe, it is still pretty cool with those cloudy skies and widespread showers.

“Sunshine though, for Norway, Sweden and Denmark as well.”