BBC meteorologist Chris Fawkes noted that quite an intense area of low pressure is affecting Italy at the moment. He told viewers that in the last 24 hours, 113 millimetres of rain had been seen in Sicily. The weather presenter forecast that heavy rain is moving into Calabria where yesterday the area even saw some snow across some of the modest hills in the west.

“Now heading into Friday, the heaviest of the rain will turn to the east.

“This could bring some flooding by the way.

“There’ll be more showery conditions here, but at the same time, we’ll see a zone of heavier rain moving into western parts of Greece.” 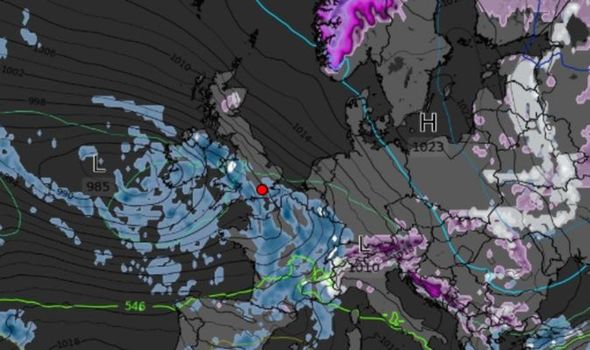 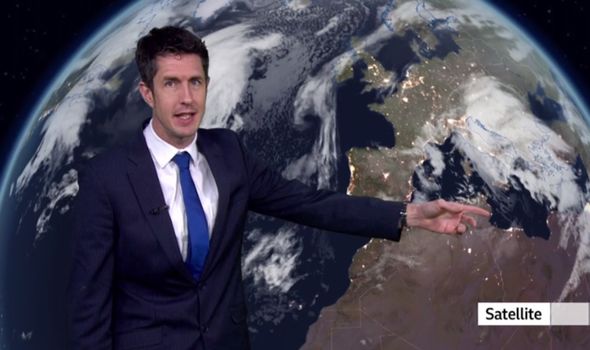 He continued: “50 millimetres of rain are expected here in places and quite gusty winds.

“There’ll be some rain that will develop in parts of Spain as well.

“It will be a cool day for Madrid with temperatures of 12 degrees.” 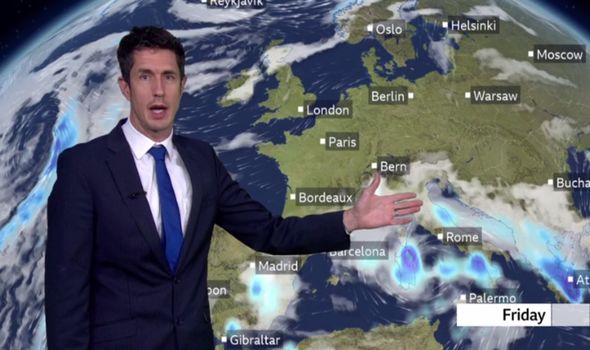 The BBC presenter added: “Further north, for France across Belgium, the Netherlands, Germany and Denmark, there’ll be some sunshine expected on Friday.

“For the majority it will stay dry thanks to an area of high pressure.

“Now the weekend will see showers continuing to affect southern areas of Italy.” 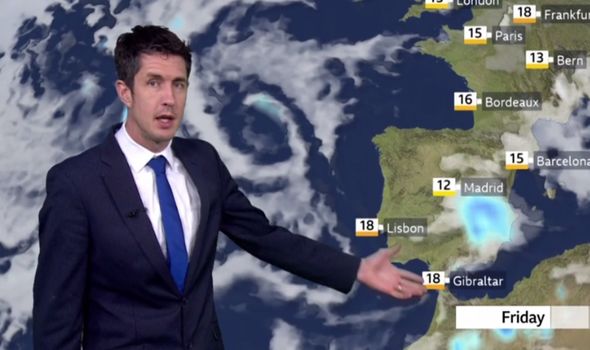 “There’ll be some cooler weather on the way there.

“In Paris and London, we’ve got a significant cool down in the weather on the way.

“By Monday, temperatures will be just nine degrees, which is cool for the time of year.

“In Moscow, there’ll be a big drop in temperatures as well heading in early next week.”