As much as 95 millimetres of rain has been been brought upon Italy over the last 24 hours, according to BBC meteorologist Chris Fawkes. The weather presenter explained that this was due to some rain and thunderstorms that had swung southwards across the country. He noted that 59 millimetres of rain from the same system also descended upon Split in Croatia.

Mr Fawkes told viewers: “What’s driving this is a trough and that’s going to be pushing its way into Greece.

“There’ll be some showers and thunderstorms here.

“Some storms also affecting western Turkey through the course of Wednesday.

“So there’ll still be some fairly heavy downpours.” 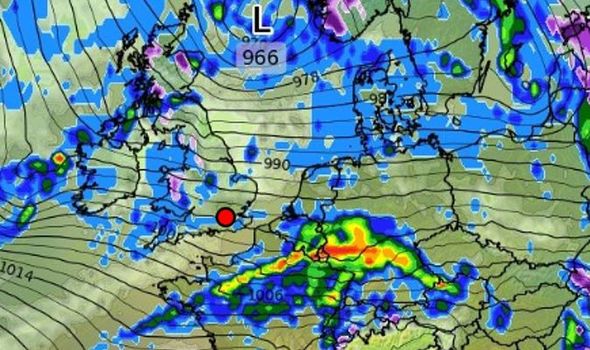 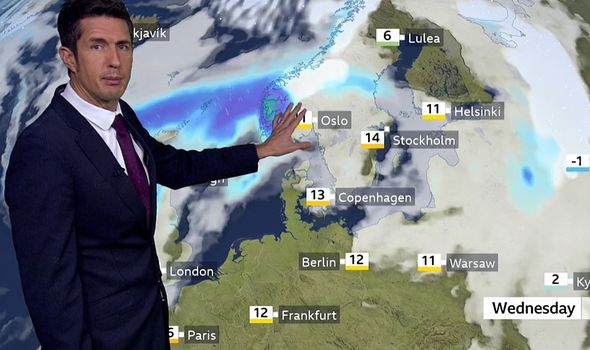 He continued: “We could see around 25 to 50 millimetres of rain from the heaviest of these thundery showers.

“There will be quite a lot of cloud around – still some low cloud, mist and fog patches into Hungary for a time on Wednesday.

“Brighter and drier weather expected in Croatia and Bosnia and Herzegovina for the most part, although a few fog patches in some other valleys.

“There’ll be quite windy weather in Norway and Sweden, we’ll see outbreaks of rain moving in.” 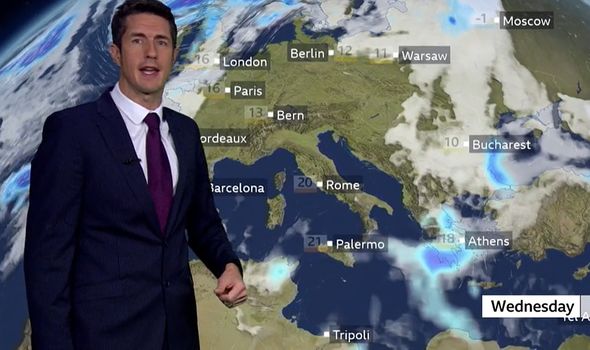 “But this is a cold front, and that’s going to be sweeping its way in Wednesday night and into Thursday across Europe.

“Colder northwesterly winds will follow with temperatures dropping by about five degrees Celsius in Paris.” 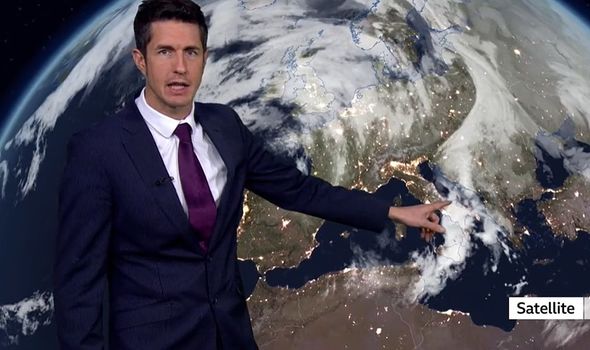 Mr Fawkes said: “There’s a similar drop in temperatures on the way in London.

“So it’s certainly starting to feel a good deal colder.

“All those temperatures will very gradually pick up by a couple of degrees as we head into the weekend.