Some “big weather changes” are on the way across the western side of Europe, according to BBC meteorologist Nick Miller. Mr Miller noted that it will turn much cooler for many in the days ahead. He also said that a strip of cloud will sink its way southwards in the continent.

“These will appear through Tuesday through southern France into the Alps and parts of north and west Italy.

“Wherever these storms are, there is a risk of getting some flash flooding.” 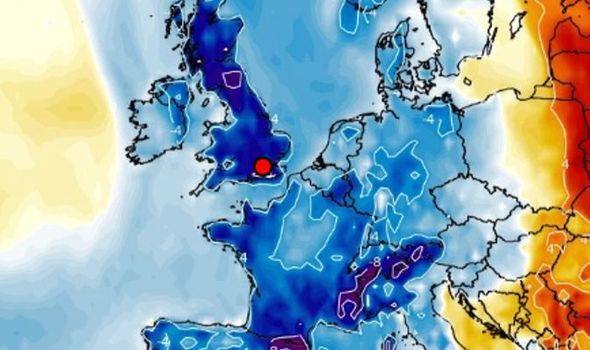 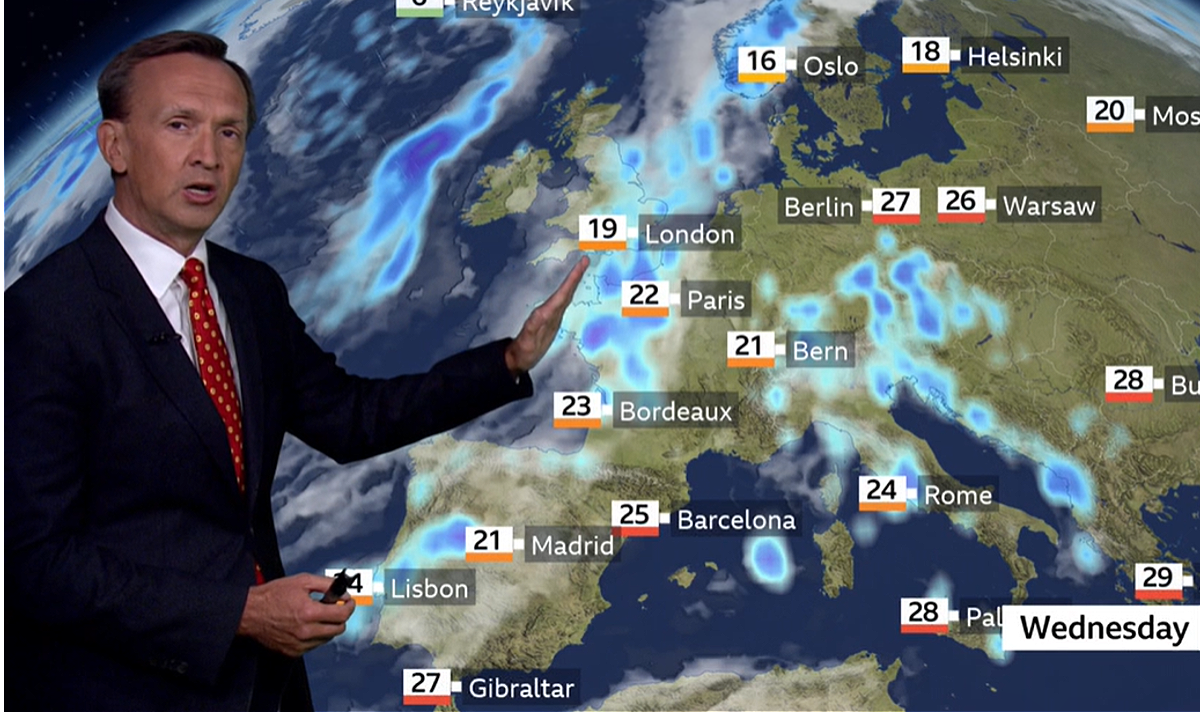 He continued: “Some places, particularly in France of course, have had some very rough weather over the past few days with that.

“Towards Turkey and across much of the eastern side of Europe though, it is fine and sunny for now.

“Weather systems will also be pushing into parts of Scandinavia.

“So initially into Norway, we’re going to see a lot of rain.” 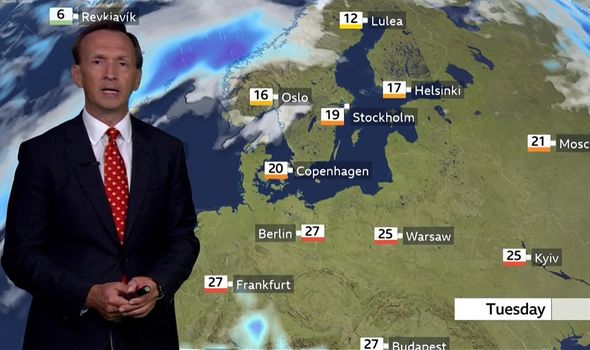 The weather presenter added: “Winds will be picking up with conditions looking very windy across parts of Finland over the next couple of days.

“For Wednesday, there’ll still be some storms around parts of Italy.

“This will be impacting more of the Balkans at this stage.” 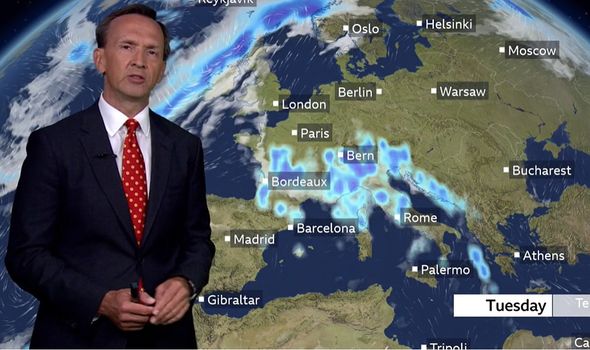 Mr Miller said: “That weather system is going to push its way further south and east.

“It of course has the cooler air behind that.

“We can see that very much for London – by Friday a high of 13 degrees.

“Whereas the week is starting around closer to 25. That’s going to feel very different indeed.

“The cooler air will move in towards Berlin but some warmth will continue for Moscow, Kyiv and Athens.”