BBC Weather: Temperatures in Europe to spike to 30C after thunderstorms strike continent

BBC Weather forecaster Chris Fawkes explained Europe will have to endure heavy rain and thunderstorms until the end the week. He noted that this wet weather would impact the majority of Europe, with central, northern and eastern parts seeing showers at some point. However, he also claimed there would be a sharp increase in temperatures for some areas that will see a rise to over 30C in the new week.

Mr Fawkes said: “Most areas in Europe are going to have quite a cool day on Friday.

“The low pressure firmly in charge of our weather.

“These weather fronts drape from western France to eastern areas of Europe.

“It will bring 20 to 40mm of rain, perhaps a bit more than that in western France for a time.

DON’T MISS: BBC Weather:Europe temperatures to skyrocket to 30C due to Spanish air 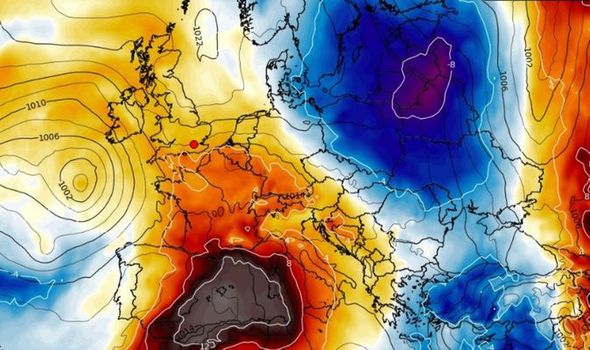 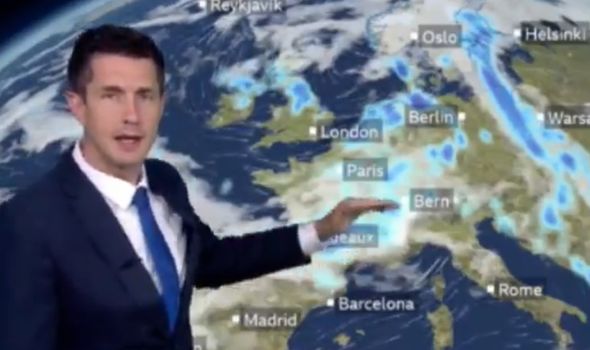 “Northwest of these fronts, across northwest Europe we are looking at a mixture of sunshine and showers.

“Some of the showers will have hail and thunder mixed in, particularly across parts of the Netherlands, northern Germany and Denmark.

“It is quite breezy so the showers will blow through fairly briskly and we will see some sunshine between those downpours.”

The BBC Weather forecaster explained that into the weekend, for much of Europe, the wet weather remains. 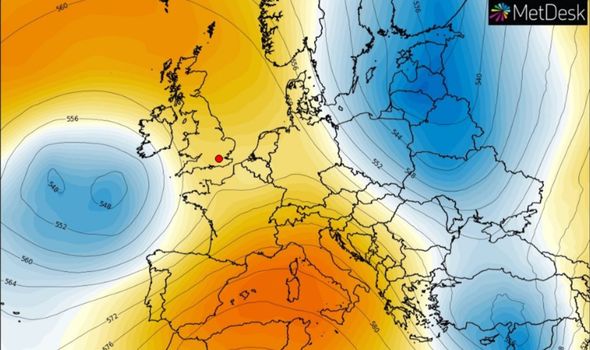 He explained the Balkans and eastern Europe will see some rain on Saturday.

Temperatures in eastern Europe will remain in the low 20Cs, however.

Mr Fawkes added that the temperatures across central Europe would begin to increase after warm air sweeps in from Spain.

He said: “We have got some warm weather developing across eastern areas of Spain.

“On Saturday temperatures in Valencia getting up to about 30C.

“That is warmer than it should be for this time of the year. 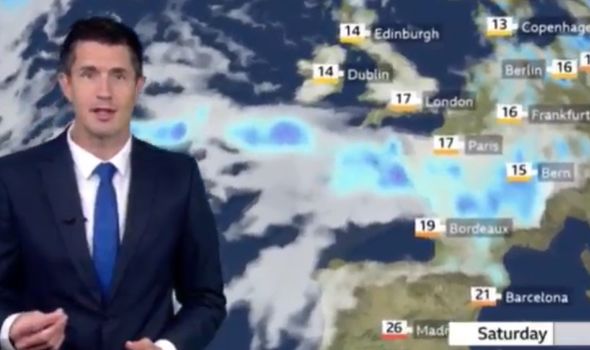 “There will be more rain to come through across parts of western France and further showers generally across western areas of Europe.”

The weather forecaster closed by explaining that as we enter the new week temperatures in central and western Europe will rise.

Madrid could see temperatures warmer than 30C as early as Monday next week.

Paris’ clouds and rain is expected to pass with temperatures set to rise to the mid-20s.