The UK is facing “extremes” this week, as the country expects its warmest weekend in several months, according to the latest BBC weather forecast. Parts of the country, predominately in the south-east, will experience soaring temperatures as Saharan winds drift in. However, other areas, including southern Wales, could see double a month’s worth of rain within just 24 hours, sparking Met Office warnings.

BBC meteorologist Tomasz Schafernaker told BBC Breakfast viewers that “it is looking a little mixed this weekend from one extreme to another”.

He said: “For some of us, it will end up being a pretty decent weekend – mild with sunshine.

“But for others, it is going to be a washout, at least today across some western parts of the UK.

“It is southern Wales that is bearing the brunt of these heavy rain clouds.” 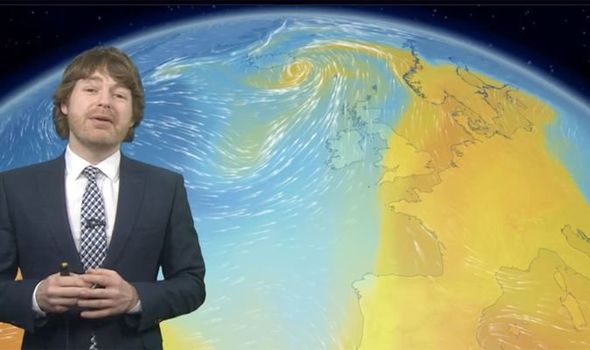 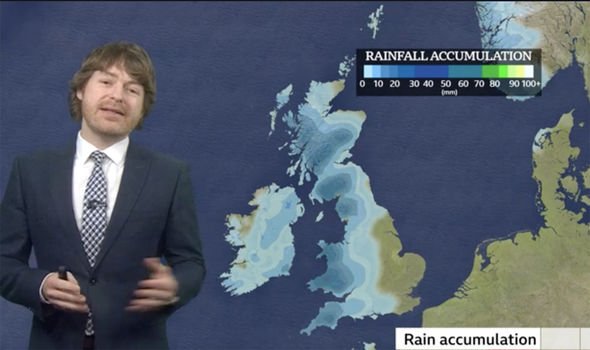 He continued: “In this rainfall accumulation map, you can see a striking difference between the west and the east.

“There is hardly any rainfall in the forecast for the east of the country, while across southern parts of Wales, there is up to 200mm of heavy rain is expected with some flooding.”

Mr Schafernaker said that the Met Office had issued an amber warning for the region.

A number of other heavy rain weather warnings have been issued for parts of England and Scotland from Friday until Sunday. 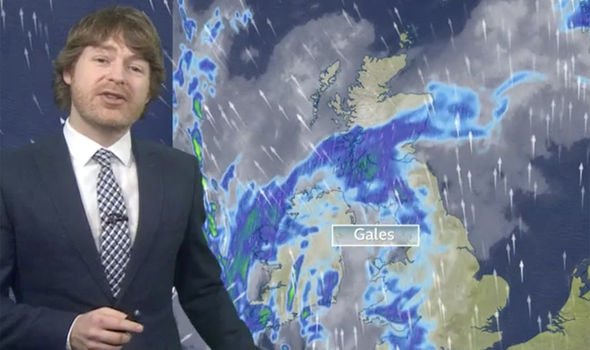 BBC Weather: Parts of the UK set to be hit by heavy rain

The BBC weather presenter added that temperatures will continue to soar across the south-east of the country with “as high as 17C with some sunshine in London”.

The milder air is due to a Saharan heat blast arriving in a “plume of warm air from Spain”. 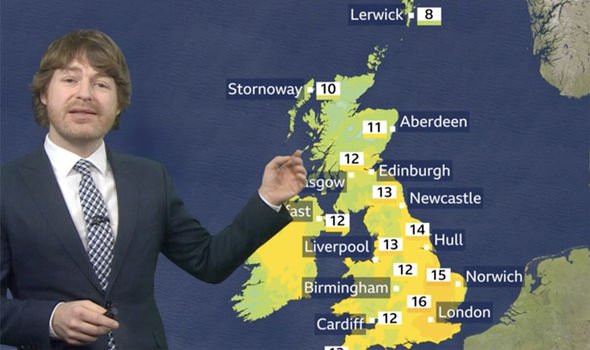 The heavy and persistent rain in Wales is expected to cause some flooding and disruption to transport and utilities.

The Met Office has also warned that “wintry hazards” could return to the country at the start of March.