BBC meteorologist Tomasz Schafernaker noted there was quite a lot of cloud across Ireland and Scotland in his latest weather update. The presenter noted that southern parts of Scandinavia will face the same conditions as well. However, further south in Europe is the area of weather that is being watched.

“There could be some very nasty thunderstorms forming there into the weekend.

“There is also potential for flash flooding.

“Elsewhere across Europe and across the Balkans, there’ll be hot sunshine.” 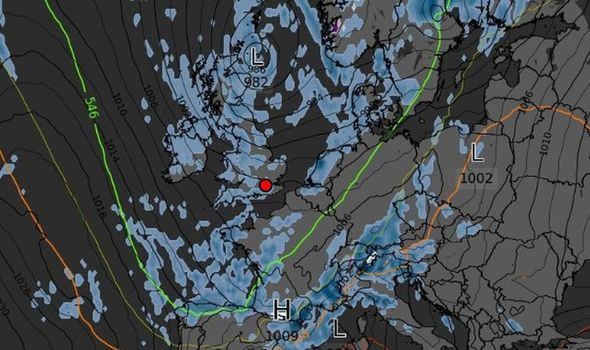 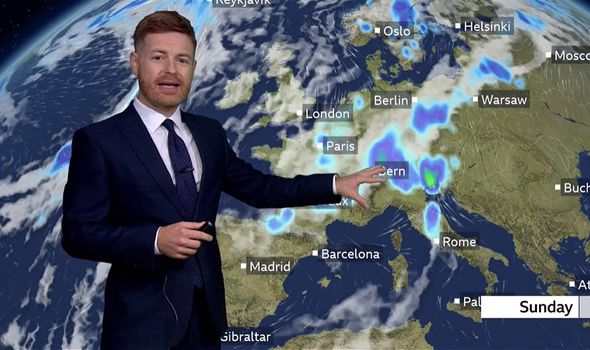 He continued: “Additionally be some very intense late summer heat.

“Temperatures here will be up to 37 degrees in Bucharest.

“Some of that heat is also spreading into Hungary.

“By the time we get into Poland it will be a little bit cooler at 24 Celsius.” 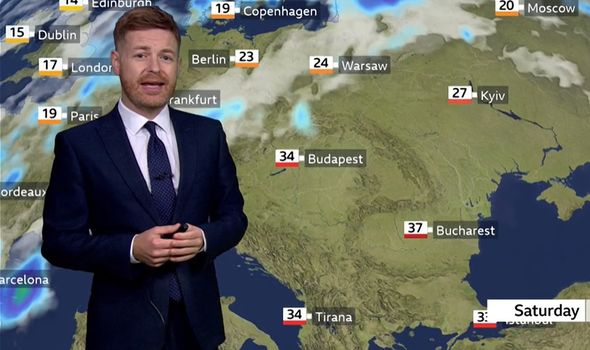 The BBC presenter added: “There’ll be some unsettled weather across the Baltics.

“Certainly a fair bit of rain will come across areas of Sweden.

“That area of nasty weather will again appear across Italy and the Alpine region drifting into Germany and Austria as well.” 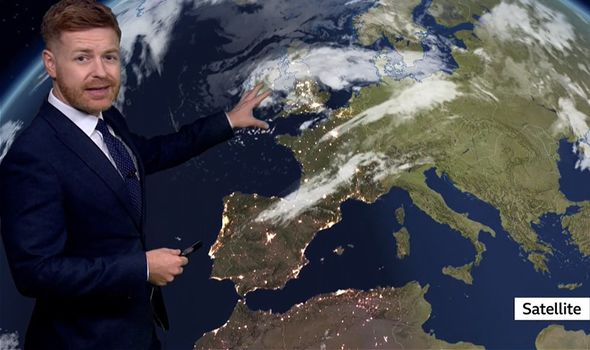 Mr Schafernaker said: “So that stormy weather across this part of Europe is going to continue all through the course of the weekend.

“In the UK temperatures will be only around the high teens with a fair bit of cloud in the coming days.

“Madrid will be warming up in the next few days, going from 23 to 31 degrees.

“Elsewhere in Kyiv there’ll be lots of hot sunshine there.

“The same goes for Athens where it will be particularly hot there on Monday at 36 degrees.”