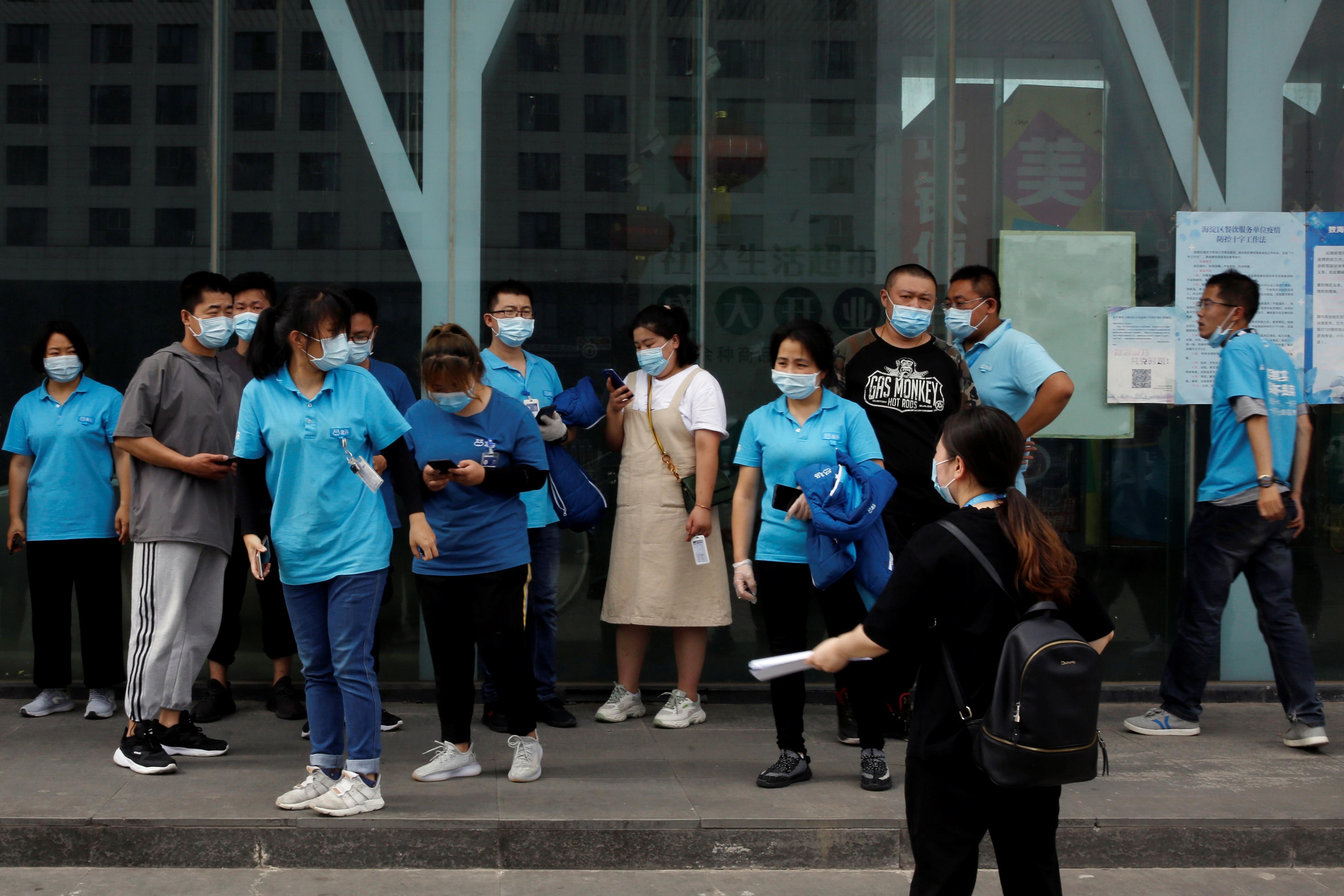 The city has recorded 158 infections since confirming the first on June 11 in its worst outbreak since early February, which has been traced to the sprawling wholesale food centre of Xinfadi in its southwest.

Despite just a few cases compared to numbers outside China, authorities have acted quickly to curb contagion risks in the capital, which had recently won praise for its tough countermeasures.

A mere few days after the first case, the city returned to a level two alert, the second-highest in a four-tier virus emergency response system, leading to new curbs on residents’ movements.

“The epidemic in Beijing has been brought under control,” said Wu Zunyou, the chief epidemiologist of China’s Center for Diseases Prevention and Control.

Going by recent case numbers, June 13 was the peak of the current outbreak, Wu told a regular news conference a day after new confirmed cases fell to 21, from 31 the previous day.

“When I say that it’s under control, that doesn’t mean the number of cases will turn zero tomorrow or the day after,” he warned, however.

“The trend will persist for a period of time, but the number of cases will decrease, just like the trend that we saw (in Beijing) in January and February.”

While Beijing has not been placed under a strict lockdown for all but a trickle of authorised personnel, as imposed in the central city of Wuhan where the virus first emerged late last year, the Chinese capital has imposed tough travel curbs.

Residents of 32 neighbourhoods designated medium-risk and one area deemed high-risk have been barred from leaving the city, while residents of low-risk areas must show proof of negative disease tests in order to leave the city.

Hundreds of thousands of residents have been tested in just a few days as authorities stepped up efforts to identify those infected by the Xinfadi cases or who caught the virus there.

Since May 30, as many as 200,000 people from all over Beijing have been to Xinfadi, officials said.

People trying to enter Beijing must also be tested and isolated at centralised locations for quarantine.

Air and land transport services have been curbed. Other provinces and cities, including the financial hub of Shanghai, are subjecting arrivals from Beijing to days of quarantine, effectively deterring travellers.

In the past week, the provinces of Hebei, Liaoning, Sichuan and Zhejiang have reported a handful of cases linked to the Xinfadi cluster.

A small city in Hebei with new infections due to Beijing went into a partial lockdown on Thursday, denying vehicles entry and stopping residents with fever and coughs from leaving.