A human rights activist from Belarus has claimed the security forces once threatened to kidnap her son when he was a month old.

Olga Karatch also alleged that children have been used as leverage in an attempt to coerce other female campaigners, politicians and journalists in the country.

“This is unbelievable pressure, using children and using the threat of kidnapping children,” she told Sky News on Wednesday, speaking in neighbouring Lithuania where she said she moved her son for his own protection following the alleged incident in 2014.

It was not immediately possible to obtain a response to the allegations from the Belarusian authorities.

Her comments came after Svetlana Tikhanovskaya, the main opponent to Belarus’ strongman leader Alexander Lukashenko, fled the country to be with her two children, also in Lithuania.

“I am very happy Lithuania is very active to save Belarusian children,” Ms Karatch said. 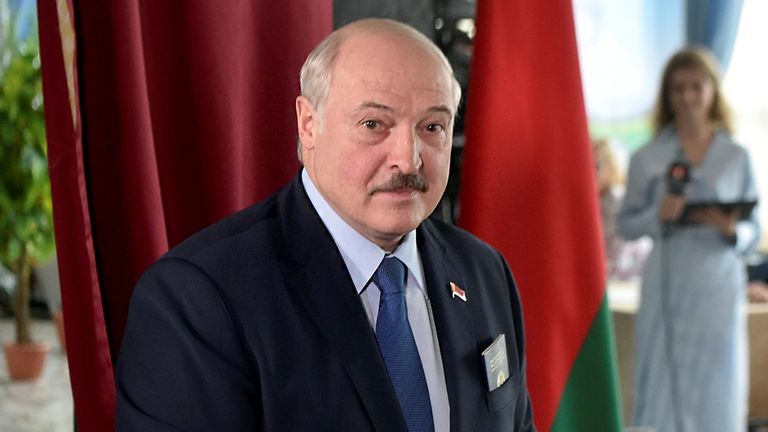 She was speaking following a meeting with a group of Lithuanian MPs at the parliament in Vilnius.

The foreign affairs committee voted on Wednesday in favour of declaring as illegitimate Mr Lukashenko’s claim to the presidency in Belarus.

Žygimantas Pavilionis, a member of the committee, said it was a significant moment.

“For the first time in our history we agreed that Lukashenko should not be considered as the legitimate president of Belarus,” he said.

“We will appeal to the EU and also other friendly parliaments to take a similar position.” 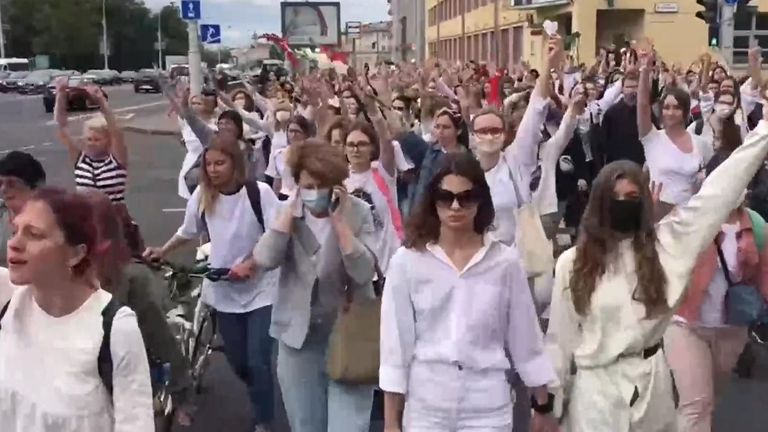 It triggered protests across the country – unprecedented in size and drawing what European Union officials have condemned as a brutally violent response from the police.

EU foreign ministers are due to meet on Friday to discuss the crisis, with the possibility of sanctions on the table.

“I personally think yet another statement about deep concern will not fly and doesn’t work basically,” he said in an interview at the foreign ministry.

“If we mean what we are saying it should be some political consequences.”

The minister added: “We have to do [our] utmost to bring back our attention to the events in Belarus. Despite the challenges of other hot spots in the world this is Europe. This is our continent and we cannot stay indifferent.”

Ms Karatch, who is director of what she described as a human rights organisation called Our House, applauded the move by the Lithuanian MPs to oppose Mr Lukashenko.

“This very clear message from the Lithuanian parliament is very important for all Belarusians who are fighting for freedom and democracy,” she said.

Ms Karatch claimed to have had a number of difficult encounters over the years with the Belarus security service, which is still called the KGB from the former Soviet era.

In 2011 she said she was detained on suspicion of terrorism. “I get some kind of threat to have the death penalty,” Ms Karatch said, speaking in English.

“Of course I was not involved in the case. I didn’t kill anybody and I would not kill anybody but it was some kind of pressure for human rights.

“I was very seriously beaten… I got a lot of sexual threats from police during my detention.”

“In January 2014 I got a situation where the KGB tried to kidnap my son,” she said. “He was only one month old. It was very brutal pressure for me because the government tried to pressure me, to break me and that I would agree to work with KGB.”

She said that she refused but that this was why she had to move her son to Lithuania.

She herself moved to Lithuania in March when the coronavirus pandemic erupted. She said this was because of health reasons.