Melinda, who has empowered feminist causes, could be soon left in charge of $73bn. In a divorce petition filed on Monday, the philanthropist said her relationship to Mr Gates had “irretrievably broken”. She also urged the courts to divide up the pair’s collective fortune of $146bn (£105bn).

Melinda could soon take the second place in the coveted list of the richest women in the world.

She and Bill jointly own around $124 billion (£89bn), making them among the top five richest couples in the world.

The top place on the ranking currently belongs to Françoise Bettencourt Meyers, the owner of L’Oreal, who has a staggering fortune of about $83 billion.

The couple have purchased several homes together, a private jet, a luxury art collection and a fleet of cars. 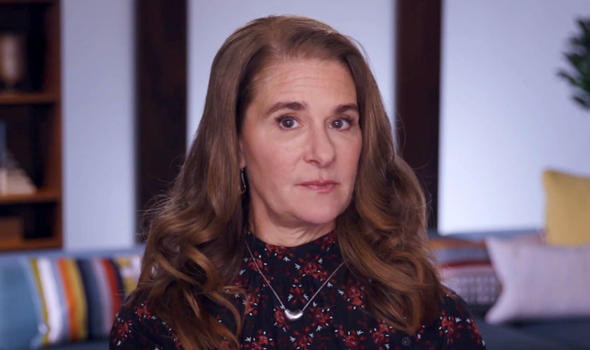 Their assets include a $125million (£90.3 million) compound on the outskirts of Seattle, a seaside property in San Diego and a ranch home in Santa Fe.

The billionaire couple also own the Bill and Melinda Gates Foundation, founded in 2000.

The company has contributed more than $50 billion (£36.01) to various issues, including the elimination of polio and malaria.

Rob Reich, a professor of political science at Stanford University, told The New York Times: “Since the Gates foundation is a family foundation and the Gateses are breaking apart their family, the divorce may have huge repercussions for the foundation and for its work across the globe.” 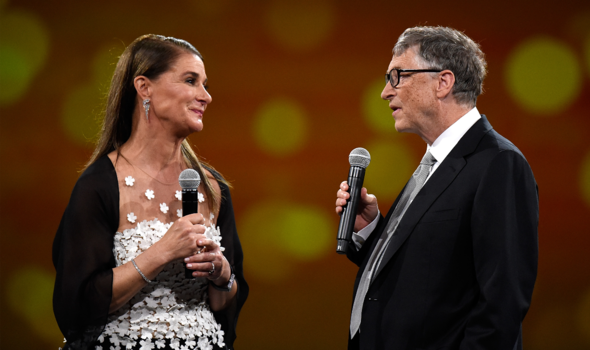 The Microsoft co-founder and his wife announced their divorce in a Twitter post on Monday after 27 years of marriage.

They wrote: “After a great deal of thought and a lot of work on our relationship, we have made the decision to end our marriage.

“Over the last 27 years, we have raised three incredible children and built a foundation that works all over the world to enable all people to lead healthy, productive lives.

“We continue to share a belief in that mission and will continue our work together at the foundation, but we no longer believe we can grow together as a couple in the next phase of our lives.

“We ask for space and privacy for our family as we begin to navigate this new life.”

One of their children, Jennifer Gates, 25, opened up about the “challenging stretch of time,” adding that she was “still learning how to best support my own process and emotions as well as my family members”.

She added in a candid Instagram story: “I’m still learning how to best support my own process and emotions as well as my family members at this time, and am grateful for the space to do so.

“I won’t personally comment further on anything around the separation, but please know that your kind words and support mean the world to me.”