For the second year, Black-owned food businesses get a boost with a 10-day-long celebration featuring specials and events. 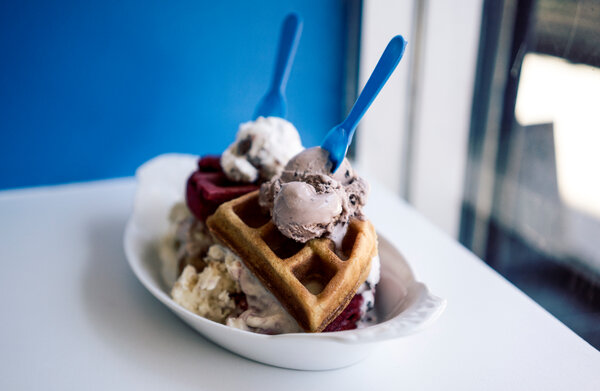 Black Restaurant Week has kicked off in metropolitan New York, with more than 130 Black-owned food related businesses in the tristate area offering special menu items and holding events. “For the restaurants, this is just another way to showcase the excellence we see in our community that often gets overlooked,” said Falayn Ferrell, a founder of the Black Restaurant Week organization, which runs similar events throughout the year in 14 other areas across the country. Since its founding in 2016, the organization has moved beyond just restaurants to showcase all kinds of businesses, from food trucks to caterers to bakeries. Specials can be found on the list of participants, and New Yorkers will be able to vote for their favorites in the inaugural Black Plate Awards. At the Boogie Down Grind cafe in Hunts Point in the Bronx, the owner Majora Carter added live music for a Saturday night event. She decided to participate this year after hearing about last year’s campaign. The exposure has generated better business for the cafe, Ms. Carter said. “On this 100th anniversary of the Tulsa massacre, it’s so important we establish the value of support for all Black-owned businesses,” Ms. Carter said. “It’s time.”