BRASILIA (Reuters) – Brazilian President Jair Bolsonaro on Tuesday named a family friend to head the federal police, days after his justice minister quit and accused the president of meddling in law enforcement, triggering talk of impeachment and a criminal investigation approved by the Supreme Court. 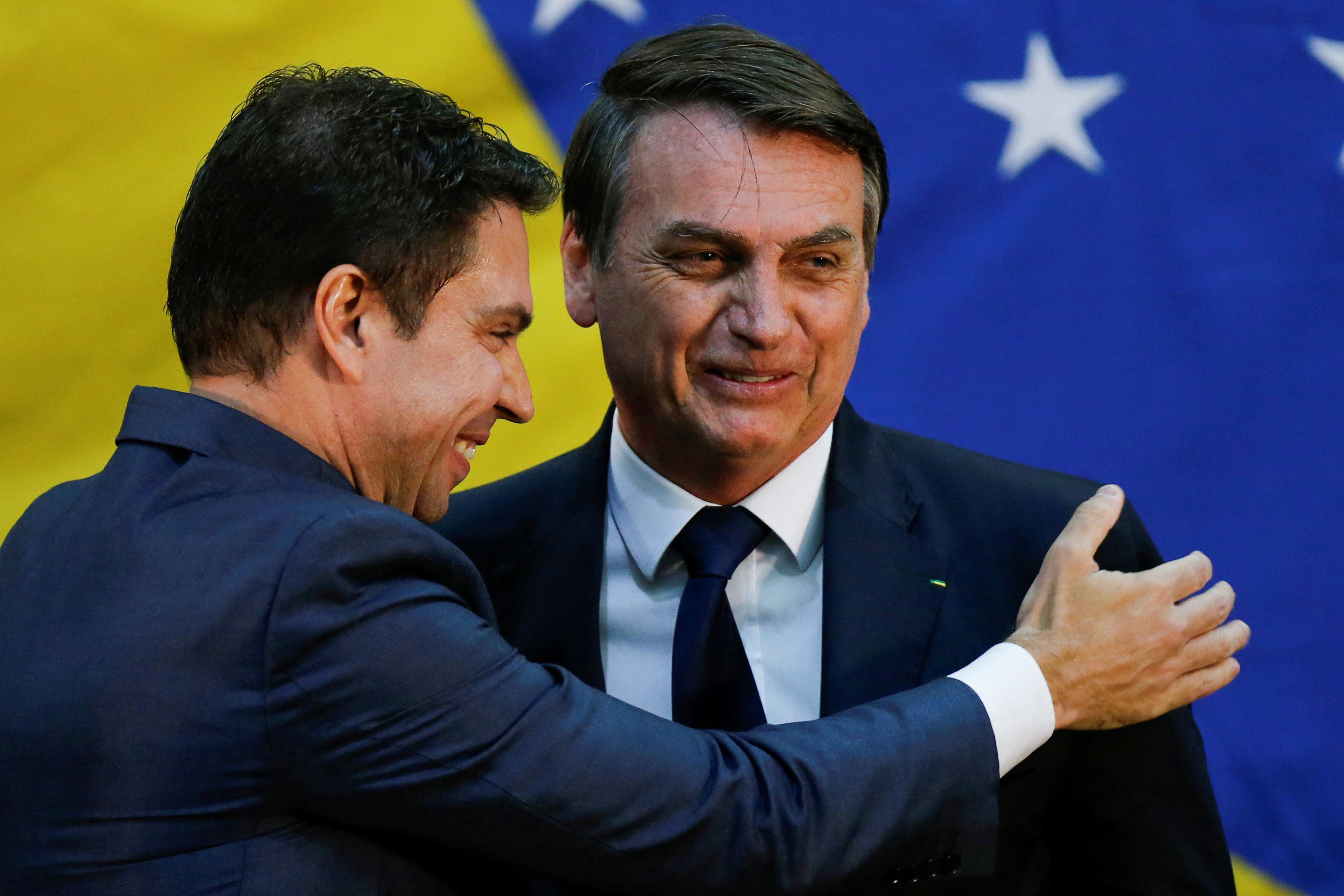 The government’s official gazette confirmed the appointment of new federal police chief Alexandre Ramagem, 48, who took charge of the president’s security after he was stabbed on the campaign trail in 2018. The selection comes amid investigations of alleged wrongdoing by Bolsonaro’s sons.

Ramagem, who joined the federal police in 2005, has the fewest years of service of any officer tapped to lead the force. He ran the Brazilian Intelligence Agency since July.

On Friday, Justice Minister Sergio Moro alleged in a stunning televised address that Bolsonaro had repeatedly said he wanted a “personal contact” in the top police job “from whom he could get information, intelligence reports.”

Based on the results of the police investigation, the public prosecutor will decide whether to press charges against the president. An indictment would have to be approved by the lower house.

On Tuesday, the opposition Democratic Labor Party asked the Supreme Court to block Ramagem’s nomination, alleging an abuse of power.

The affair has sparked talk in Congress of impeachment, just four years after such proceedings toppled former President Dilma Rousseff.

However, a poll by Datafolha published on Monday evening showed Brazilians divided on impeachment, with 45% supporting the move and 48% against.

Crucially, Bolsonaro appears to be keeping core supporters, the poll showed, with 33% of those surveyed saying they thought he was doing a good or excellent job.

Still, the accusations from the popular “super minister” Moro, who locked up scores of powerful politicians and businessmen as a judge, has dented Bolsonaro’s corruption-fighting image, which was central to his 2018 campaign.

Moro said he had never seen political interference of the kind sought by Bolsonaro over Brazil’s federal police, even under previous governments whose officials and allies were convicted of participating in sweeping corruption schemes.

A New Year’s party photo on social media of Ramagem grinning beside the president’s son Carlos Bolsonaro, a Rio de Janeiro city councilman, circulated widely on Tuesday, emphasizing the close ties between the family and the new top cop.

Carlos Bolsonaro is the subject of a Supreme Court probe looking at his role in disseminating “fake news,” according to newspaper Folha de S.Paulo. His brother, lawmaker Eduardo Bolsonaro, was accused in a congressional investigation of participating in a “fake news” scheme.

Their eldest brother, Senator Flavio Bolsonaro, is also being investigated by state prosecutors in Rio de Janeiro over alleged money laundering and misuse of public funds.

All three have denied any wrongdoing. They and the president have decried the probes as politically motivated attacks.

Over the weekend, Bolsonaro took to Facebook to defend Ramagem, after word of his nomination leaked to the press.

“So what? I knew Ramagem before he knew my children. Should he be vetoed for that reason? Whose friend should I pick?” the president said in a post.