Home » World News » Boris and Macron feign bromance with awkward tight embrace at G7 This is a reunion!

Boris and Macron feign bromance with awkward tight embrace at G7 This is a reunion! 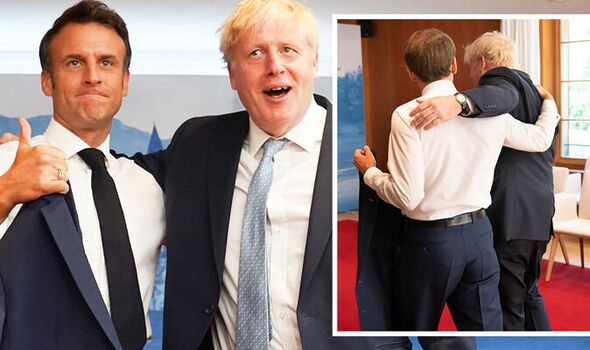 Prime Boris Johnson shared an awkward accolade with French President Emmanuel Macron, as the G7 Summit is starting with leaders from France, the United Kingdom, Italy, Japan, Canada, and the United States. The Summit will see the seven world’s leaders discuss mainly the Ukraine war against the backdrop of Russia’s invasion.

“This is the reunion of a year on now,” Boris Johnson said while putting his am around President Macron’s shoulder. 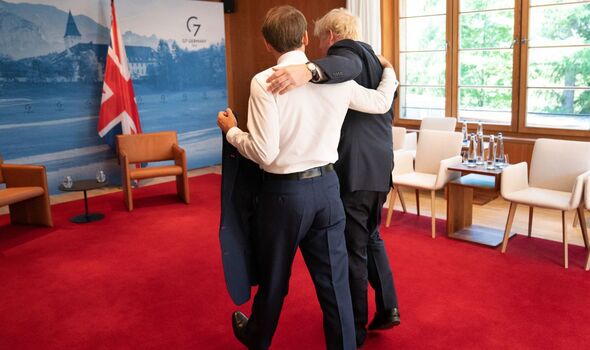 This year’s G7 Summit’s agenda is packed with war, climate change, hunger, poverty and health on top of the agenda.

The seven world leaders are convening in the five-star hotel Schloss Elmau in Southern Bavaria, Germany, under the motto of “Progress towards an equitable world.”

More precisely, the G7 World leaders will be discussing a price cap on Russian oil, deferral of climate change commitments, a potential famine in Africa and the further supply of weapons to Ukraine.

Ahead of the Summit, Boris Johnson warned the West not to show war fatigue in their support for Ukraine, as the conflict is dragging on amid continued Russian attacks and advances in the eastern Donbas region.

“Realistically there is going to be fatigue in populations and politicians,” Mr Johnson warned, adding NATO and the G7 have been solid so far.

The main objective of the three-day summit will be to take stock of the impact the economic sanctions are having on Putin’s war machine and how to better target Russia’s economy.

US President Joe Biden has already announced a ban on imports of Russian gold.

In a tweet, he said: “Together, the G7 will announce that we will ban the import of Russian gold, a major export that rakes in tens of billions of dollars for Russia.” 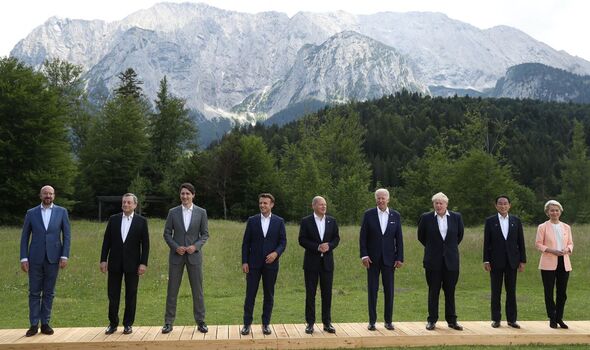 So far, Western allies have imposed a total of six rounds of sanctions designed to crush Russia’s economy.

Among the most prominent sanctions are an embargo on Russian oil and extensive export controls.

“U.K., U.S., Japan and Canada will lead G7 to ban import of Russian gold, the country’s biggest non-energy export,” the UK Government confirmed in a statement.

Russia used to be part of then G8 but was excluded in 2014 for its takeover of Crimea, Ukraine.

Eight years later, Vladimir Putin unilaterally decided to invade the whole of Ukraine but failed in conquering parts of the north and east of the country. He is now concentrating his war efforts in the eastern Donbas region, a territory that has seen fighting rage on since 2014. 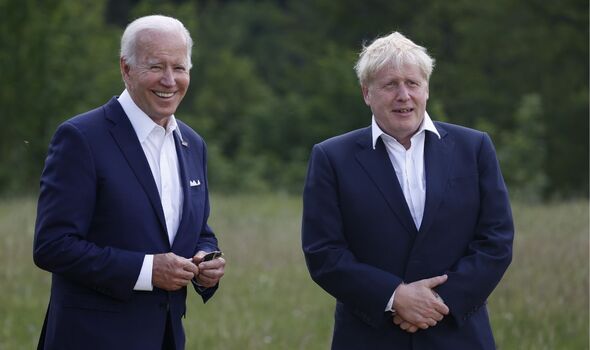