Brazil deliverymen for Uber, other apps protest amid pandemic

The workers complain that their pay has gone down while having to work under more precarious conditions. 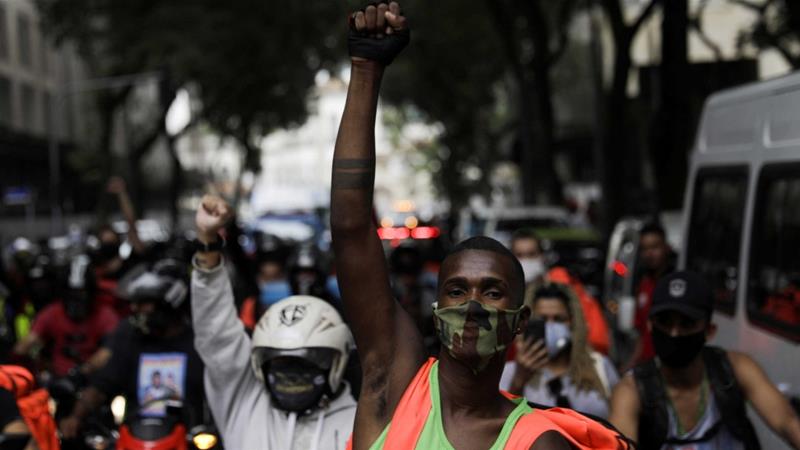 More than a thousand food deliverymen on motorcycles gathered in Sao Paulo, Brazil on Wednesday to protest against working conditions set by Uber and other apps, with their services in high demand due to coronavirus lockdowns.

The drivers sought better pay and improved health measures, as Brazil is now a coronavirus epicentre and delivery workers face exposure to the virus.

The government said this week that half of working-age Brazilians are out of work due to the coronavirus crisis, a record level, pushing more and more citizens into precarious employment options. 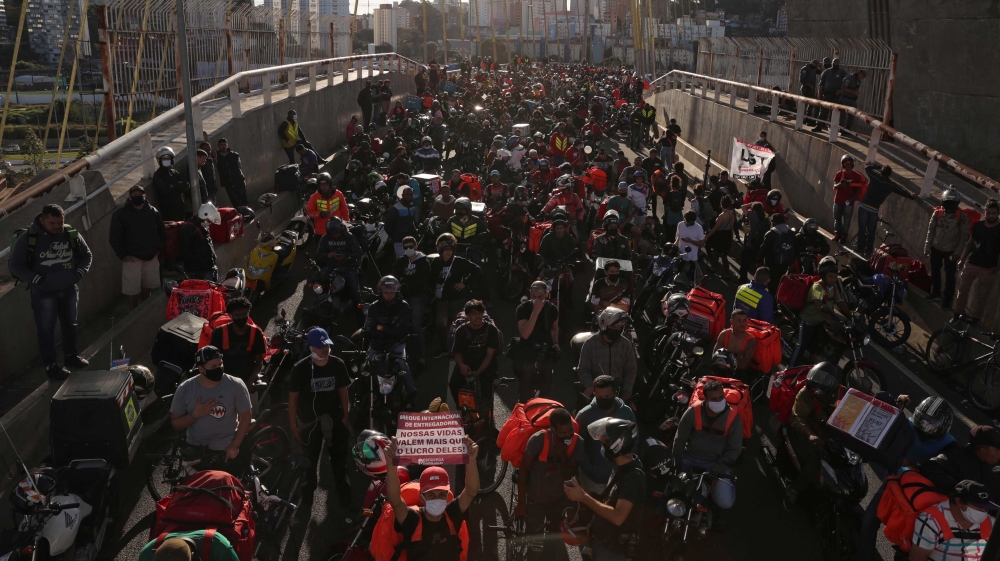 Lockdown measures have drawn more demand for delivered food. One app, iFood, said some of its users were ordering as much as 30 percent more deliveries now than before the crisis.

But drivers complained that the apps pay them less while making them work more, with possible suspension if they do not comply. Several said the apps lure them with high pay at the beginning, which then dwindles over time.

“They are making us work weekends, every day, or we face the risk of getting blocked,” said Felipe Gomes, who delivers for iFood.

It was not the first time delivery workers have taken to the streets to demonstrate against Uber, Colombia’s Rappi and Brazil’s iFood. But the demonstration appeared to be the biggest.

Uber declined to comment, deferring to a statement by a trade group representing several apps saying it will not punish drivers who strike.

“The flexibility of apps was essential so that hundreds of thousands of people … had an alternative to generate income and support their families,” the statement said.

iFood and Rappi said worker demands have been addressed and would not commit to raising pay in response to the pressure. Rappi said most workers receive 18 reais ($3.38) an hour, although drivers told Reuters they often receive much less.

Rodrigo Gandolfo, iFood’s vice president of logistics, said deliverymen get paid approximately 20 reais ($3.77) an hour at the busiest times, such as lunch and dinner.

“It’s hard to talk about making structural changes,” Gandolfo said. “We can talk about constant improvement, but the majority of driver demands have already been covered by iFood.”

The protests were to continue into the night, with the delivery workers riding their motorcycles through the city while wearing their branded backpack containers bearing the companies’ logos. 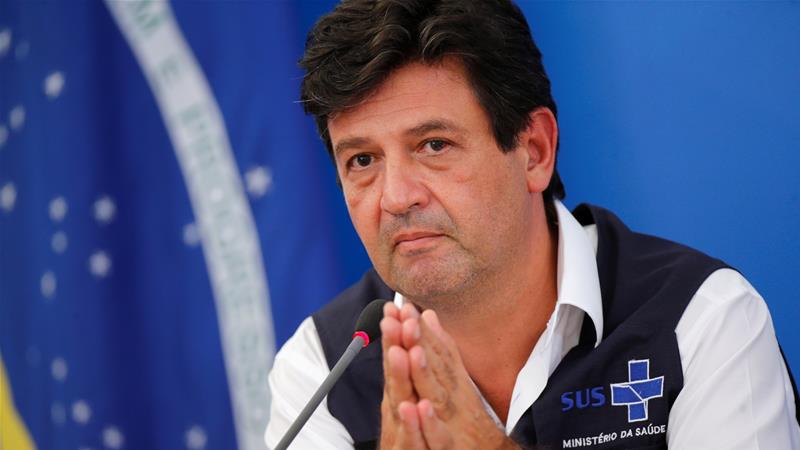