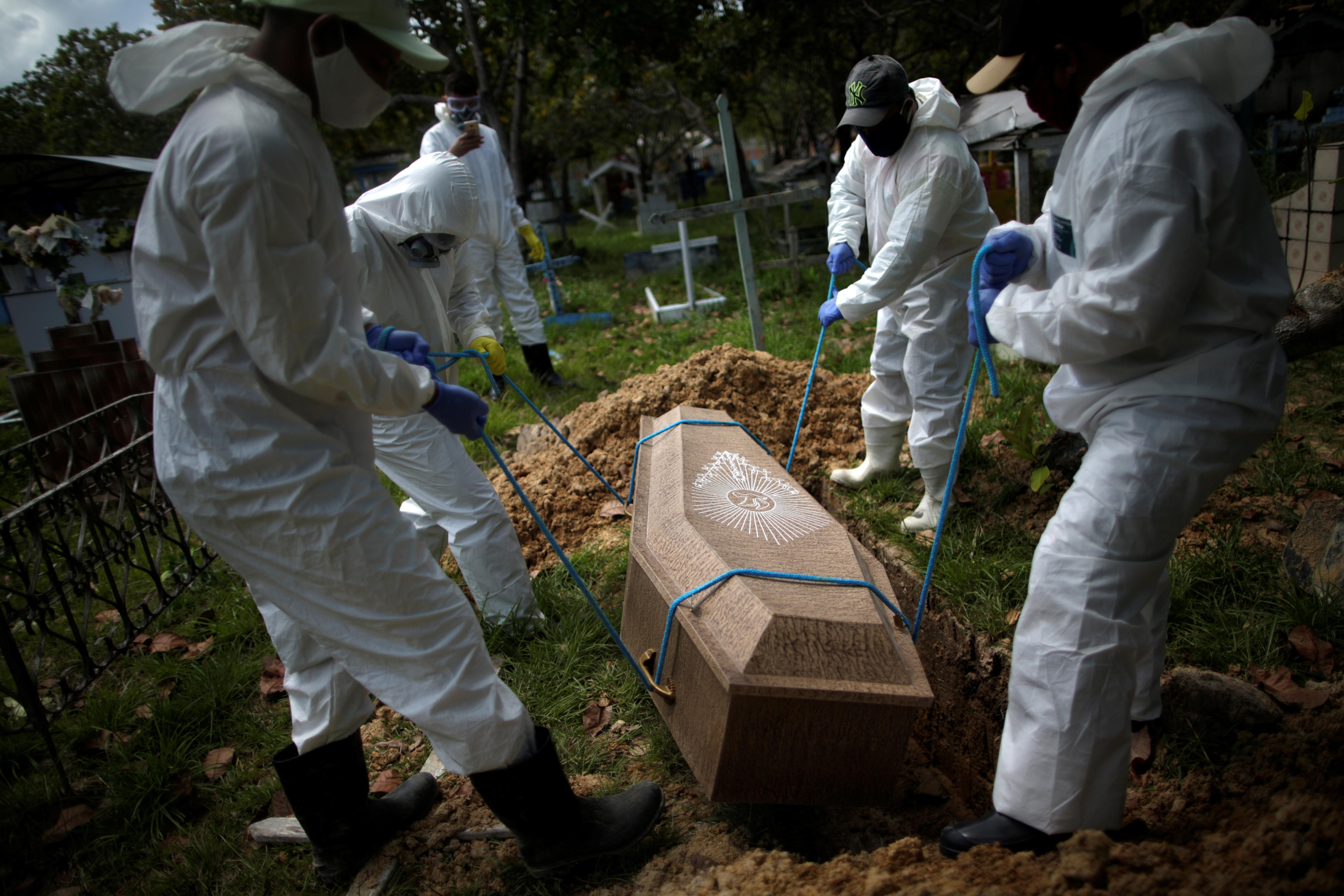 RIO DE JANEIRO (Reuters) – After removing cumulative numbers for how many people have died in Brazil of coronavirus from a national website, the government sowed further confusion and controversy by releasing two contradictory sets of figures for the latest tally of infection cases and fatalities.

Initially, data sent to journalists by the ministry on Sunday evening said Brazil now had a total death toll of 37,312 and total cases of 685,427. That meant, although the ministry did not break out these daily numbers, that in the previous 24 hours the country had registered 1,382 new deaths and 12,581 new cases.

But later on Sunday, the ministry updated its online data portal with completely different figures. The government website that publishes coronavirus data put the day’s dead at 525 and new cases at 18,912. It did not publish a cumulative total.

The Health Ministry did not respond to questions about the different numbers.

The divergence comes as the government over the weekend removed from public view months of national data on the epidemic, which critics said was another attempt at hiding the soaring death toll.

That followed a move last week to push back the release of the daily tally from around 5 p.m. to near 10 p.m, after the country’s main television news program has aired.

Far-right President Jair Bolsonaro has come under growing criticism for the way his government has handled the data and his general approach to the pandemic, which he has regularly played down and called “a little flu.”

Brazil is now one of the main epicenters of the global pandemic, with the second highest number of confirmed cases only behind the United States, and a death toll that last week surpassed Italy’s.