Brazilian President Jair Bolsonaro has been fined for not wearing a mask as he joined thousands of motorcyclists at a rally in Sao Paulo.

Mr Bolsonaro waved from his bike to the cheering crowd as he used the occasion to insist masks were useless for vaccinated people.

He also wore a bikers’ jacket with his own face on the back. 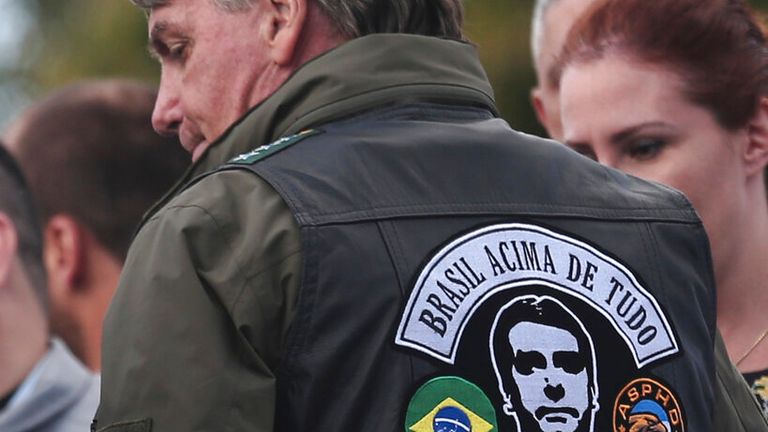 The rally snaked in and out of the city, arriving back at Ibirapuera Park, where the far-right leader addressed supporters and said mask-wearing for vaccinated people was pointless.

The claim is disputed by most health experts however.

“Whoever is against this proposal is because they don’t believe in science, because if they are vaccinated, there is no way the virus can be transmitted,” said Mr Bolsonaro.

Under 12% of Brazilians have had both doses of a vaccine, the ministry of health says, and many experts there believe masks should stay until most people have had their jabs. 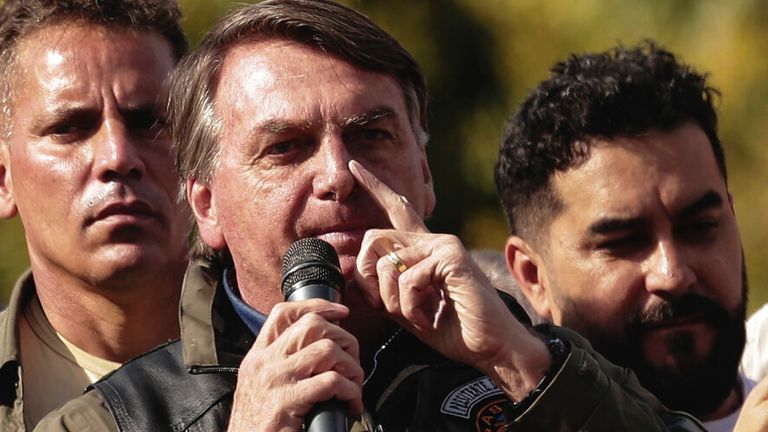 State authorities later confirmed that Mr Bolsonaro had been fined the equivalent of about £78 for violating a local law that requires masks in public places.

He was previously fined for the same reason after a rally in the state of Maranhao in May.

More than 480,000 people have died with coronavirus in Brazil and Mr Bolsonaro – who’s expected to run for re-election next year – has consistently downplayed the severity of the pandemic. 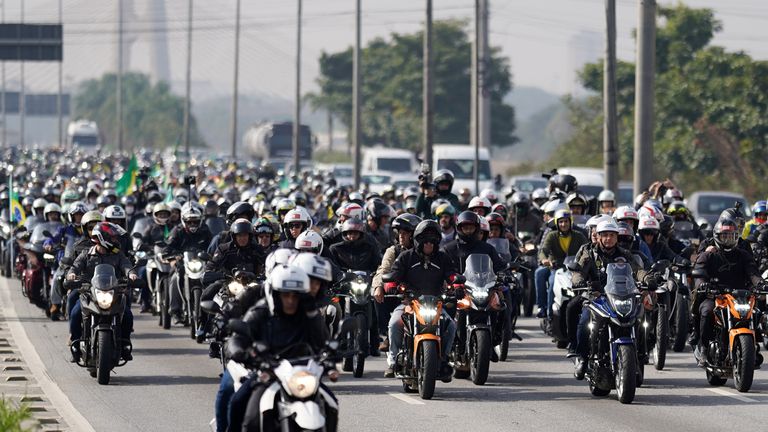 He has also been accused of taking unnecessary risks in allowing the Copa America football to be staged in the country at short notice.

On Saturday, a day before the tournament starts, a dozen players and staff from Venezuela tested positive for COVID and were isolating in a hotel.

Venezuela are due to play Brazil on Sunday in the capital, Brasilia.

The tournament was due to played in Colombia and Argentina but was moved due to civil unrest and a surge in coronavirus infections in the respective countries.