Statistics Canada says the consumer price index in August was up 0.1 per cent compared with a year ago. The annual inflation rate was unchanged from the year-over-year increase of 0.1 per cent in July.

The average economist estimate had been for a year-over-year increase of 0.4 per cent for August, according to financial markets data firm Refinitiv. 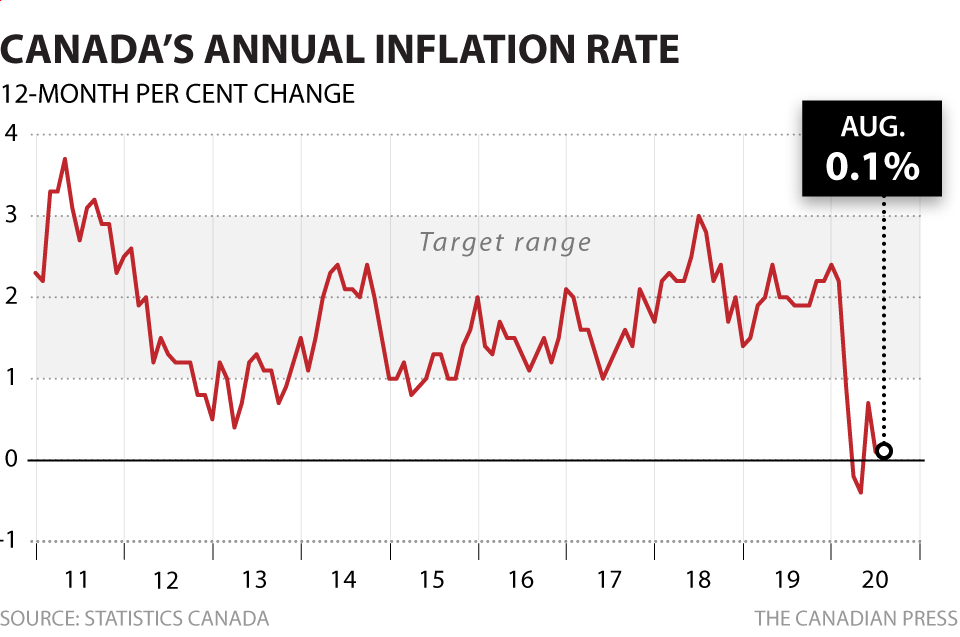 Gasoline prices remained down 11.1 per cent compared to August 2019, following a 14.9 per cent decline recorded in July.

Excluding gasoline from the inflation calculations, the consumer price index rose by 0.6 per cent in August. Prices, though, were up in other categories such as personal care services like haircuts, which had a year-over-year increase of 7.2 per cent.