Children walk back to school in Gaza after five-month shutdown

JABALIA, Gaza Strip (Reuters) – Hundreds of thousands of children walked through the streets of the Gaza Strip on Saturday to return to classes after five months of shutdown – though authorities said they were ready to close schools again if coronavirus cases spike. 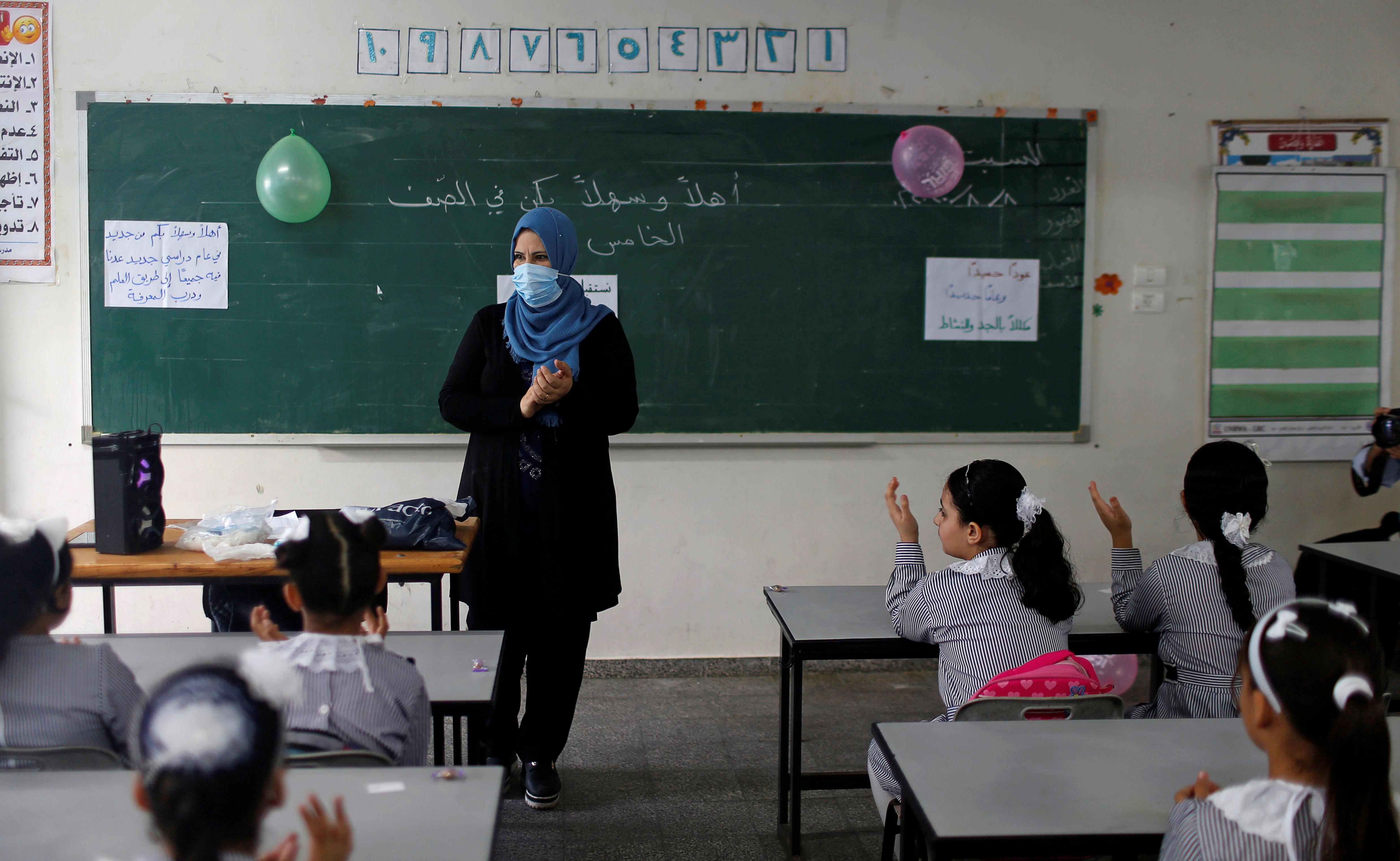 Pupils mingled freely before heading into playgrounds for roll call and filing into classrooms. At one school in the northern Jabalia refugee camp, teachers wearing face masks welcomed children and offered to sanitise their hands.

Gaza, mostly cut off from the world by an Israeli-led blockade, has not recorded any COVID-19 cases in the towns and refugee camps where around two million Palestinians live.

Just 78 infections and one death have been recorded in quarantine centres. But, fearing any outbreak would overwhelm the health system, the territory’s Islamist Hamas-run education ministry shut down schools in March and students completed the remainder of the school year online.

“We want everyone to realise that education amid (the) corona pandemic is different, and things don’t proceed as they normally would,” said Farid Abu-Athra, an education official with the United Nations Relief and Works Agency (UNRWA) in Gaza.

“So far in Gaza the situation is better, and it allows us to open schools normally,” he told Reuters.

Health workers will sanitise Gaza’s 751 schools twice a day, officials said. Children do not have to wear masks but must bring their own lunch and outdoor breaks are banned.

Plans were already in place to halt classes should the virus spread into Gaza’s densely-populated towns, Abu-Athra said.

About 40 km (25 miles) away in the Israeli-occupied West Bank, which has reported a spike in COVID-19 cases, high school classes began this week but elementary schools remain closed.

West Bank health officials have reported 94 deaths and 13,600 cases, most of them in the last two months.