Nine workers have been found dead by rescue teams following an explosion at a mine in China, bringing the death toll to 10.

A group of 11 miners were rescued at the weekend after being trapped for two weeks, but one worker is still missing at the Hushan gold mine in Shandong province.

Search efforts will continue for the remaining miner until he is found, said Chen Fei, the mayor of Yantai city, where the mine is located.

“Until this worker is found, we will not give up,” he told a news conference. 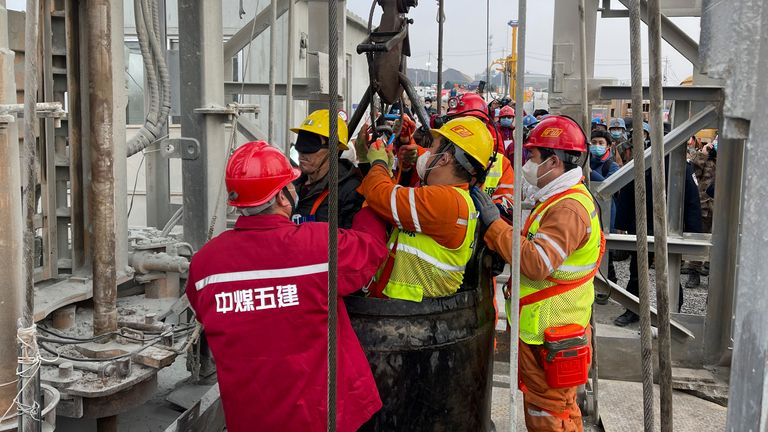 Mr Chen and other officials involved in the rescue effort held a moment of silence for the victims on Monday.

“Our hearts are deeply grieved. We express our profound condolences, and we express deep sympathies to the families of the victim,” he said

One worker was reported to have died from a head wound after the explosion on 10 January – the cause of which is still under investigation.

The blast at the mine, which was still under construction, released 70 tonnes of debris that blocked the entrance, disabled lifts and trapped a total of 22 workers 600m (2,000ft) underground. 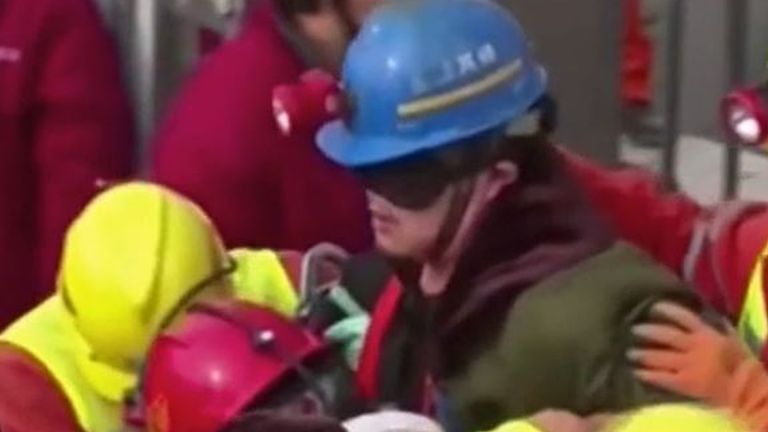 Rescuers drilled parallel shafts to send down food and nutrients and eventually brought up the 11 survivors on Sunday.

One of these was said to be in a very weak condition after being trapped alone, in a sealed off chamber where he couldn’t be reached by supplies.

Rescue workers wrapped him in a blanket and took him to hospital by ambulance, state broadcaster CCTV reported.

The following 10 were brought to the surface over the next few hours. Several, wearing black cloth over their eyes to protect them after being in darkness for so long, were able to walk to waiting ambulances.

The breakthrough came after officials said it could take weeks to drill through the blockage to reach the group.

“We made a breakthrough [Sunday] morning,” chief engineer at the rescue centre Xiao Wenru, told the Xinhua news agency.

“After clearing these broken, powdery pieces, we found that there were cavities underneath… our progress accelerated.”

Mine managers have been detained for waiting more than 24 hours before reporting the explosion.