China says 'must' retaliate after US closure of Houston consulate

The US on Tuesday gave China 72 hours to close its consulate in Houston amid allegations of widespread spying. 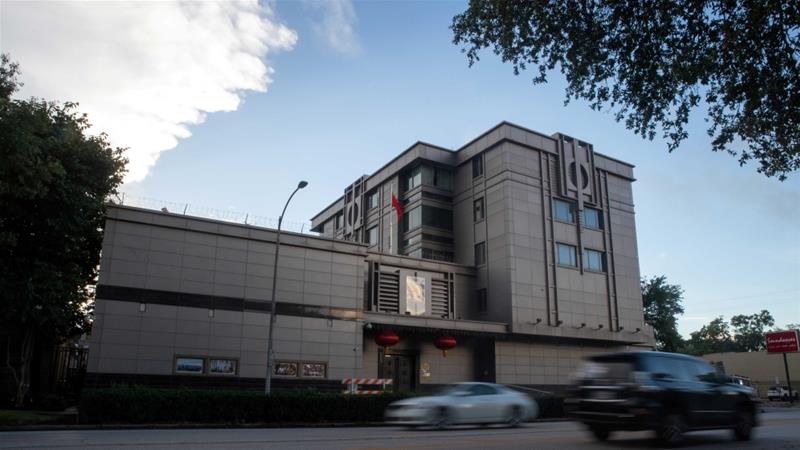 China has said the US move to close its Houston consulate this week “severely harmed” relations and warned it “must” retaliate, without detailing what it would do.

Washington on Tuesday gave China 72 hours to close the consulate amid allegations of widespread spying – a dramatic escalation of tension between the world’s two biggest economies.

“China must make a necessary response and safeguard its legitimate rights,” he said, declining to specify any measures.

“This is tearing down the friendly bridge between the people of China and the US.” 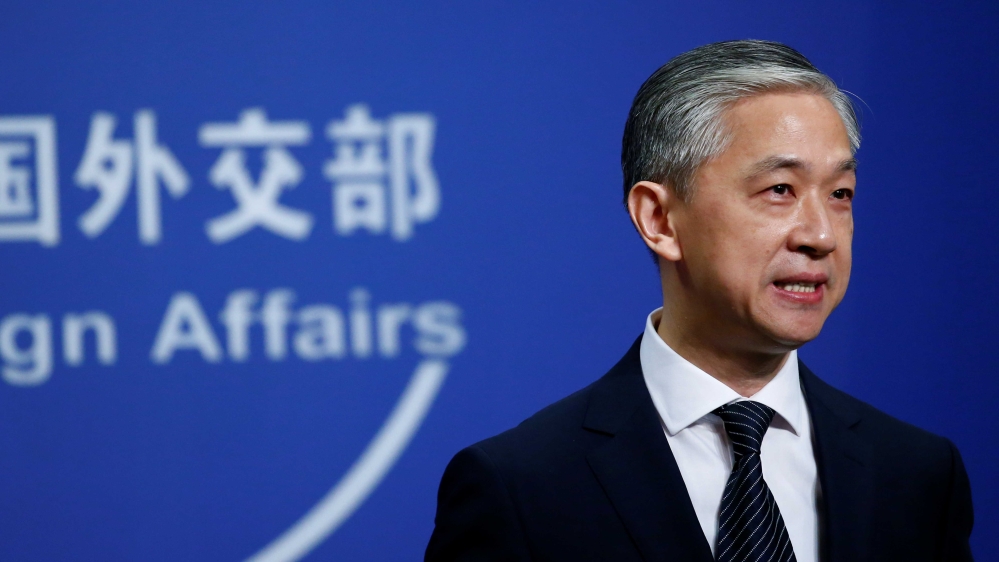 The South China Morning Post reported that China may close the US consulate in the southwestern city of Chengdu, while a source told the Reuters news agency on Wednesday China was considering shutting the US consulate in Wuhan, where the US withdrew staff at the start of the coronavirus outbreak.

Hu said the US had a large consulate in Hong Kong and it was “too obvious that the consulate is an intelligence centre”.

“Even if China doesn’t close it, it could instead cut its staff to one or two hundred. This will make Washington suffer much pain,” he wrote.

The other US consulates in China are in Guangzhou, Shanghai and Shenyang.

China has four other consulates in the US – in San Francisco, Los Angeles, Chicago and New York – as well as an embassy in Washington, DC.

President Donald Trump said in answer to a question at a news briefing on Wednesday it was “always possible” other Chinese missions could be closed too.

Richard Grenell, special presidential envoy for Serbia and Kosovo who served until recently as acting director of US national intelligence, told Reuters the US strategy was “very much start with one and move on to others if need be”.

“It’s the escalation strategy,” he said.

“The whole goal is to change the behavior of the Chinese … this is emerging as the Trump doctrine, which is very harsh actions, sanctions and isolation while at the same time always offering a chance to exit if the behavior changes.” 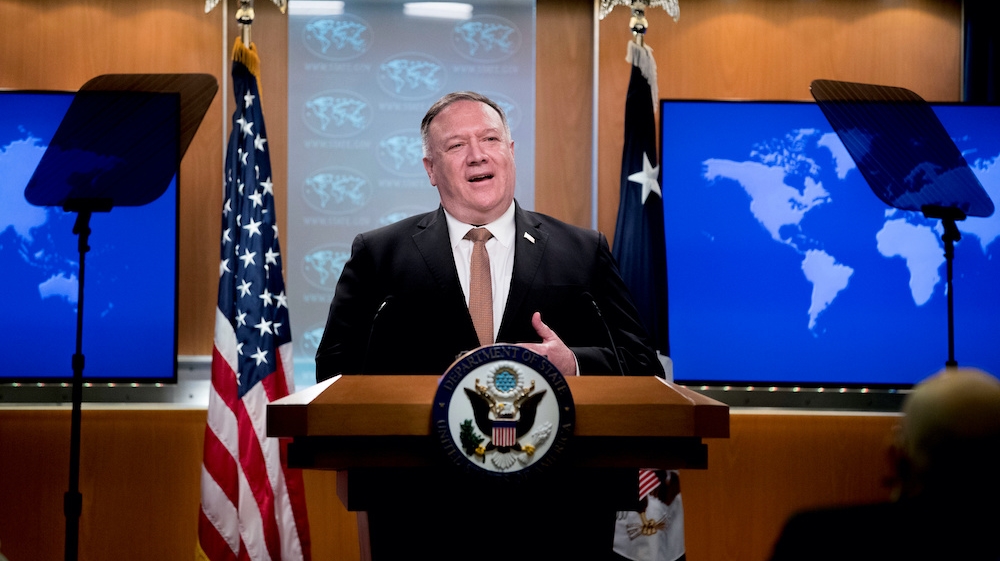 The Wall Street Journal said US Secretary of State Mike Pompeo would deliver a speech in California later on Thursday urging allied countries and the people of China to work with the US to change the Chinese Communist Party’s behaviour.

“We, the free nations of the world, must induce change in the CCP’s behavior in more creative and assertive ways, because Beijing’s actions threaten our people and our prosperity,” it quoted a draft of his speech as saying.

In spite of the tensions, a flight bound for Shanghai carrying US diplomats left the US on Wednesday night, as Washington pressed ahead with its plan to restaff missions in China evacuated due to the coronavirus pandemic.

US-China ties have deteriorated sharply this year over issues ranging from the coronavirus pandemic and telecommunications giant Huawei to China’s territorial claims in the South China Sea and its clampdown on Hong Kong.

Republican Senator Marco Rubio, acting chairman of the Senate Intelligence Committee, described the Houston consulate on Twitter as the “central node of the Communist Party’s vast network of spies & influence operations in the United States”.