The population of the world today is greater than any period in history, and it is expected to increase exponentially in the future, causing concern as to whether the Earth’s resources will continue to be able to sustain human life. As a result, some in China are looking at the ancient world for examples of green alternatives in what is known as a Yaodong, or ‘kiln cave,’ a form of underground settlement that can be found below Chinese President Xi Jinping’s secretive state. Incredible drone footage provides a rare glimpse into a mysterious Chinese village where residents have lived in subterranean pits for some 4,000 years.

The series of underground dwellings in central China’s Henan Province used to have nearly 10,000 homes and a bustling community, but now a reported 3,000 people live there.

The idea of living underground dates back even longer in China than many of these dwellings have been around, but they became widely popular during the Ming and Qing dynasties.

While much of the world’s civilisation was looking to build up, people living in some regions in central China during the Bronze Age developed the idea of digging into land pits and building below the ground.

This allowed residents to keep their homes cool in summer and warm in winter, and the dwellings were said to be earthquake-resistant and soundproof, and incorporated large wells to manage floods. 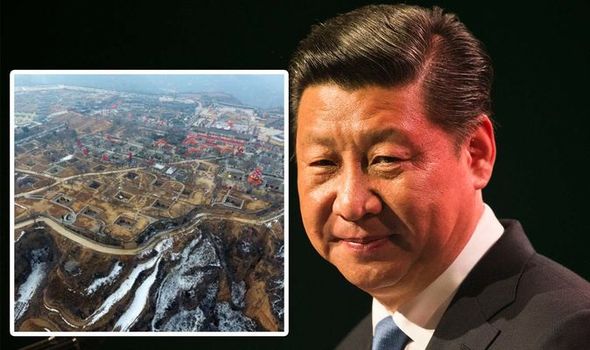 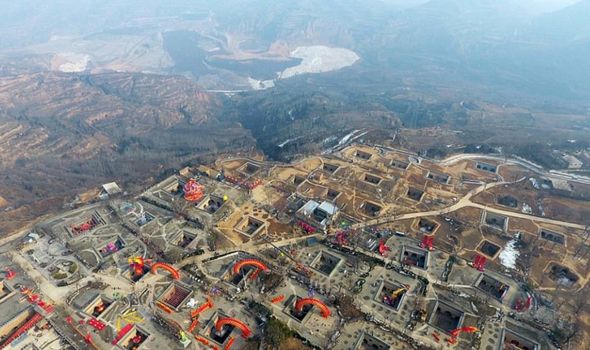 They were listed as a form of intangible cultural heritage by the Chinese authority in 2011 and are currently under conservation.

The subterranean caves mainly spread around Sanmenxia city and have previously been dubbed “China’s most mysterious village”.

Today, they are much more modernised and many are equipped with electricity and other utilities.

The local government of Henan has announced that it is protecting the sites and plans to turn them into tourist attractions in the future.

Footage from 2018 of one of the villages shows the homes carved into the sediment of loess land pits. 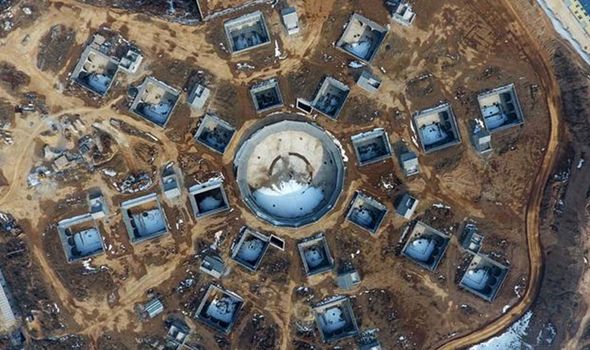 According to previous reports, a basic one-bedroom cave without plumbing is available to rent for about £21 per month, while a full house with three bedrooms plus a bathroom might sell for around £32,000.

The houses are strengthened with natural materials on the pit walls, with a depth of 20 to 23 feet and length of 33 to 39 feet.

But there is another mysterious world below China’s capital, too.

Known as Dixia Cheng – meaning dungeon – there is no official disclosure of the total size of the complex, nor exactly where all of the tunnels are located, but it is believed to cover an area of more than 31 square miles, and connects to all the city’s major government buildings.

Tension between China and the Soviet Union during the Cold War reached its peak in 1969 with the Sino-Soviet border conflict, an undeclared military skirmish that tested the will of both countries. 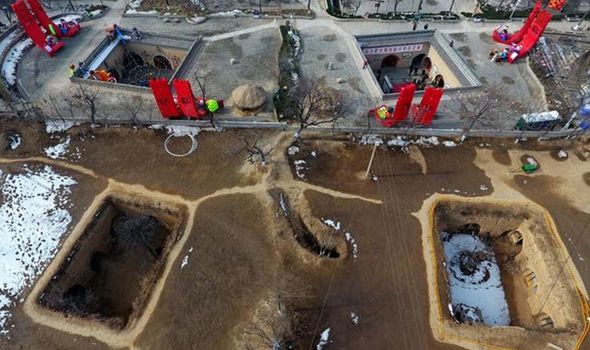 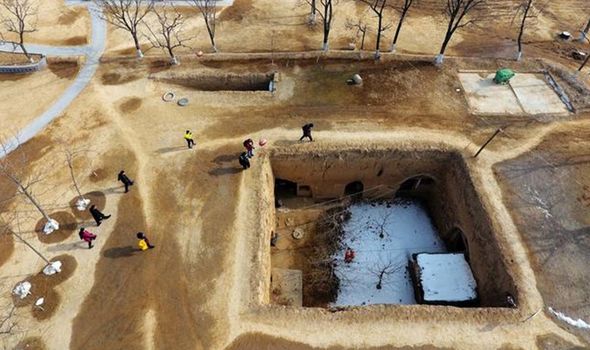 The relationship between the two continued in a delicate balance right up until the collapse of the USSR in 1991.

China was on high alert to the real possibility of full-scale war, and the underground city was created as a huge refuge from nuclear attack by ordinary people digging by hand, many of them equipped only with shovels and carrying everything in bamboo baskets.

Former President of the People’s Republic of China, Mao Zedong, instructed his citizens to “dig deep tunnels, store food and prepare for war,” and so around 300,000 civilians got to work.

The Beijingers, under the guidance of army engineers, created a vast tunnel network of around 10,000 atomic bunkers, plus restaurants, theatres, warehouses, factories, farms, sports facilities, and everything else a community might need to survive a nuclear war.

Even the air ventilation could be cut off from the outside world and, according to some accounts, the government boasted it could house the entire population of central Beijing – around six million people in 1969.

Dixia Cheng was never used for its intended purpose and so, in the Eighties, several sections were handed over to neighbouring authorities who turned them into offices and shops.