China warning: Britain prepares to back Taiwan and DEFEND state against Beijing aggression

The Sunday Express has learnt that ministers are considering how to support Taiwan more and could defy Beijing and formally recognise it within the next five years. As the coronavirus fallout continues with China there is increasing anger over how the Communist regime has treated Hong Kong and is now threatening Taiwan. A source told the Sunday Express “don’t be surprised if we end up recognising Taiwan and joining others in defending it with military assets.”

Currently, because of China’s objections Taiwan is not officially recognised and only has an unofficial embassy in the UK.

But a source said: “That could change if China continues on its current trajectory.”

Moves to support Taiwan have been welcomed by senior Tories.

Romford MP Andrew Rossendale, who is a member of the all parliamentary group for Taiwan, said: “The treatment of Taiwan over the years has been nothing short of disgraceful. Only Lady Thatcher stood up to it when she visited the country.

“We cannot let the Chinese communist regime attack and overwhelm Taiwan. It is a beacon of western democracy in that part of the world and we and our allies must defend it.”

North West Leicestershire MP Andrew Bridgen said: “Things are changing in terms of our relationship with China and that includes supporting Taiwan.” 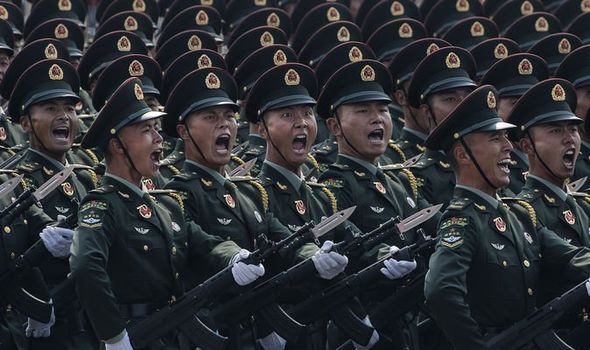 Mr Bridgen has also joined MPs from cross party backing the government to bring in residents of Hong Kong.

Foreign Secretary Dominic Raab confirmed the revelations in last week’s Sunday Express that 300,000 Hong Kong residents with British overseas passports will be allowed to move to the UK.

Mr Bridgen said: “We will have a moral obligation to their dependents as well. China will discover that Hong Kong is not so important without its people.”

Lib Dem Orkney MP Alistair Carmichael, chairman of the all party group for Hong Kong, said: “The government needs to move quickly on this. It will send a clear and strong message to Beijing.”

Meanwhile, following Ofcom’s ruling that Chinese Global Television Network based in London and owned by the Chinese government was in breach of multiple rules, former security minister Sir John Hayes has written to culture secretary Oliver Dowden asking for its licence to operate to be revoked.

Sir John warned that CGTN was “a propaganda arm” of the Chinese government and could radicalise people in the UK.

But there are many ways the UK can support Taipei before that “nuclear option”.

These include simply changes, such as giving Taiwanese representatives in Britai  n full diplomatic status, to using Britain’s expanded diplomatic footprint in the South Pacific as a way of helping to check Chinese expansion and bolstering support for Taiwanese sovereignty.

Helping to give Taiwan an independent voice within international bodies , such as has already begun with World Health Assembly, is another way.

There are more direct methods, too.

Last year Taiwanese President Tsai Ing-wen, re-elected three weeks ago on a robust pro-sovereignty platform, told an official delegation of British visitors  that she wanted Britain to supply submarine components.  Revelations on Tuesday that Beijing planned for the first time  to deploy both its aircraft carriers for war games in which it will rehearse an assault on the Taiwan-controlled Dongsha Island shows why.

“Britains’s official  recognition of Taiwan depends on the speed at which China continues to move along its present revisionist authoritarian path, but it could happen much sooner than people think – within five years – because there is little indication that China will change,” said James Rogers, Director of  Global Britain programme at the Henry Jackson Society think tank. 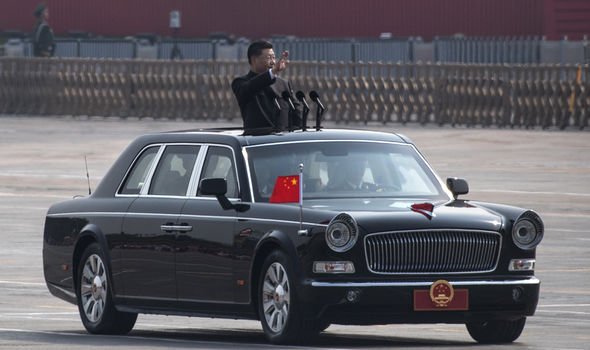 “Crushing and reabsorbing Hong Kong will have long-term repercussions. We’re moving into a second Cold War.

“But there’s much Britian can do to support Taiwan before this. Taipei already  considers the UK to be a primary partner and our relationship has grown considerably over the last ten years.”

Around 300 UK firms have investments in Taiwan, including HSBC, Standard Chartered Bank, GSK, Astra Zeneca, Mott MacDonald, ARM, Arup, and BP, accounting for a £10bn investment in the country. Britain has already decided to risk  China’s  wrath by pushing ahead with a trade deal as Taipei looks to reduce its reliance on China.

“We allow its representation office here to be comparable to an embassy, though representatives still require visas and they have to go home after a certain period,” added Rogers.

“We  could easily change this by unilaterally giving them the same rights as diplomats and ambassadors to stay indefinitely.” 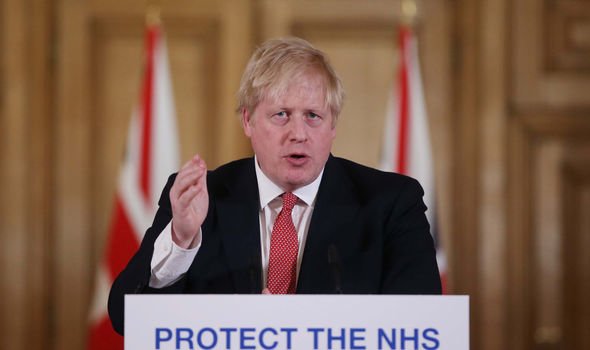 “Two years ago many laughed when Britain expanded its diplomatic foothold in the South Pacific. But actually those countries are critical for preventing China from extending its remit into the Pacific region.

“Countries that right now aren’t traditionally considered to be that important globally will be increasingly critical in the way some smaller European nations became during the Cold War,

“We can bolster Taiwan’s position there by preventing smaller countries from falling under China’s  influence to ignore Taiwan.”

He confirmed that President Tsai made a direct appeal for submarine components during a visit by British delegates last year. While, while British defence firms only manufacture nuclear submarines, which Taiwan doesn’t operate, “there is a feeling that UK expertise could play a vital role in the future”, said Rogers.

This would require a change in UK export licensing laws which, sources say, may be forthcoming.

“Much of this depends on Xi,” added Rogers.

“If he was clever, he would  now step back and try to woo business interest and  political elites in the West and Australia.

“There are many, such as academics in certain Universities here, who have become reliant on China’s good will and business interests.

“He would only need offer debt relief to  a select handful of countries for his skilful propaganda machine to push the message that China was serious about reform.”

But this is unlikely to happen, said  John Hemmings, of the  Centre for Strategic and International Studies

“Since his first speech after coming to power Xi has made his three ambitions clear: the rejuvenation  of the Chinese nation, moving China to the centre of global events and Chinese unification by 2049, the hundredth anniversary of the founding of the People’s Republic.

“But XI’s promises that Taiwan would benefit from a “one nation two systems policy” have been laid bear by his actions in Hong Kong.

“China doesn’t strategise to an outcome. They have an outcome and strategise backwards,  His message has been consistent since he first came to power.”