With China making up a large amount of global GDP, any economic crisis in China will be felt around the world. As Shanghai officials begin to discuss lifting lockdown restrictions which were so severe that people were left without food and without work, the true economic impact of Covid can be realised.

China’s manufacturing industry serves as the largest pillar of international trade and with over one billion consumers, it is a key force for driving global economic growth.

Last year China made up 18 percent of global GDP which was more than the entire EU at 17.8 percent while the US accounted for 23.9 percent.

The draconian lockdowns in Shanghai and other regions of China have impacted industrial output shown in new data from April released by Bloomberg and China’s National Bureau of Statistics.

The data shows that factory produce plummeted by 2.9 percent while consumer spending also fell by 11.1 percent. 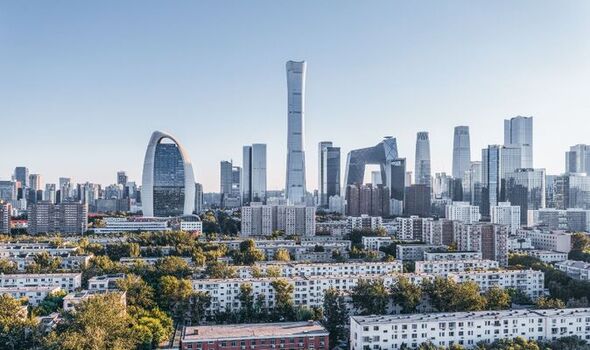 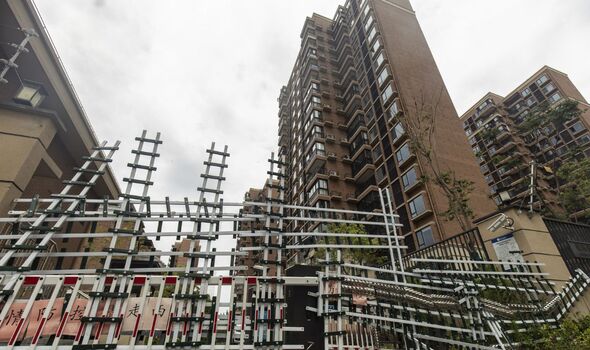 These figures were worse than experts had initially considered and does not bode well for a period of global economic crisis.

China is responsible for close to a third of global manufacturing output according to UN data, and about 12 percent of global trade.

According to Fareed Zakaria from CNN Business: “Any downturn in its economy hurts the world.” 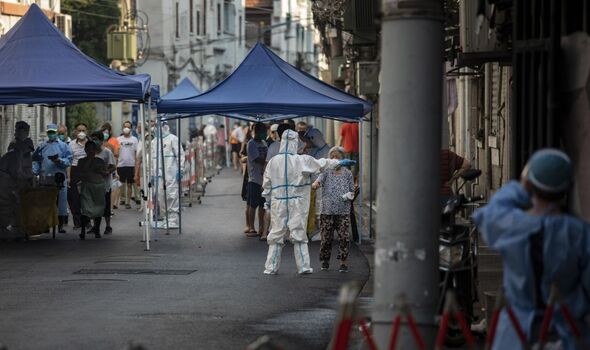 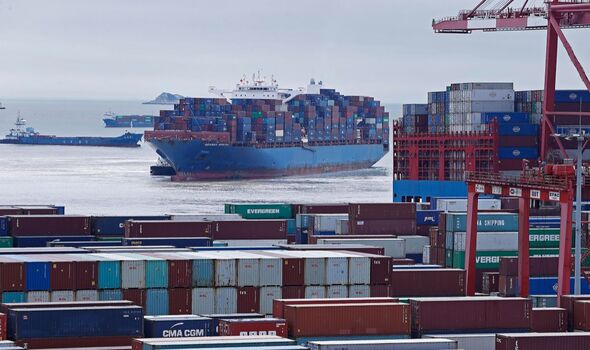 Shanghai is the epicentre of car and tech manufacturing with the world’s busiest port and according to the Economist, 506 vessels were waiting to unload in mid-April compared to 260 in February.

As companies struggle to find drivers to move cargo, the logistical nightmares of lockdowns have caused severe disruptions to supply chains, demonstrating the key role China plays in global industry.

For example, around half of Apple’s top 200 suppliers are located in and around Shanghai and the company announced it may make a loss between $4bn (£3.3bn) and $8bn (£6.7bn) in sales due to the impact of lockdown. 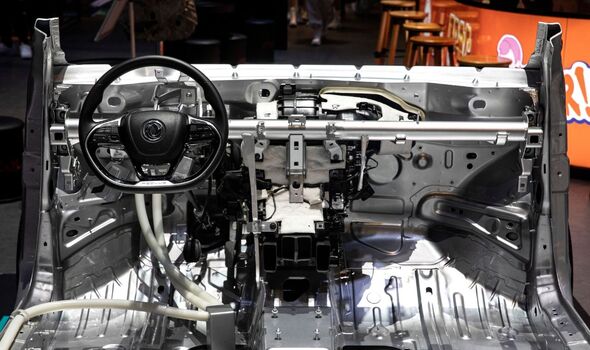 Similarly, the usually booming car industry in Shanghai was crippled by lockdowns and supply issues with BMW reporting a 19 percent decline in production in the first quarter of this year compared to the last calendar year.

Even Tesla, who kept staff inside the factory to get around lockdown, still struggled with manufacturing cars due to a shortage of parts.

Mr Zakaria concluded: “The world economy is intertwined in unimaginably complex ways. Even if you chafe at that reality as many in Washington and Beijing do, you can’t ignore it.”