Global Head of Research and Animal Welfare for Animals in Farming Kate Blaszak described the growth of intensive farming units not just in China but across the world and pointed to them as having the potential to both increase antibiotic resistance and create a deadlier pathogen than COVID-19. Speaking to Express.co.uk Ms Blaszak said: “China is incubating two new strains of bird flu. It is also dealing with an outbreak of swine flu, which is a mixture of human, pig, and avian influenza viruses.

“These different viruses mixed together to form a very potent pathogen.

“The current swine flu virus that has broken out in China has the potential to bind very successfully in the human throat and respiratory system.”

The veterinary scientist said in the last ten to 15 years China has seen a vast and rapid shift away from traditional farming practices and is now emulating the US model of high-intensity farming were animals are kept in dark, confined environments. 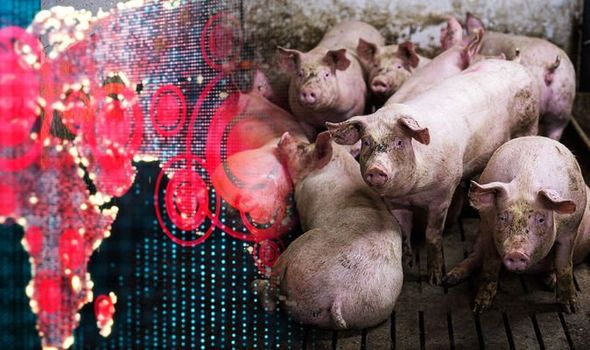 The hundreds of millions of animals contained within the new factory systems are under so much stress that is lowering their immune systems making them need constant feeds of antibiotics to stay healthy and alive.

“They create the perfect scenario for the mixing of viruses and the mutation and amplification of viruses.”

She added waste from farms, the movement of large amounts of animals and the processing of animals are also a risk to humans. 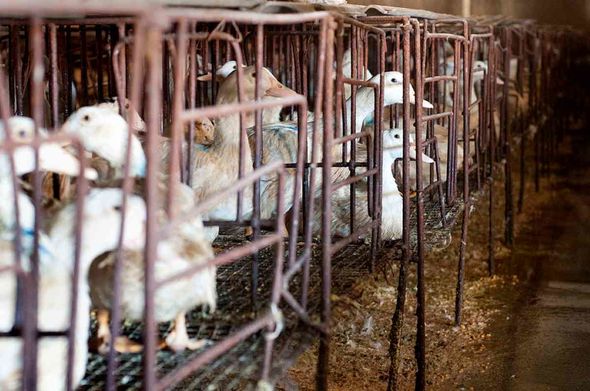 The scientist warned of the high risk of animal to human infections from having live animals at wet markets.

The cause for concern in China is the fact that it is moving towards a US model of intensified meat production, where the majority of animals are factory farmed.

Ms Blaszak describes how the high numbers of high density, genetically uniform animals are the perfect conditions for another virus to propagate that could potentially jump to humans. 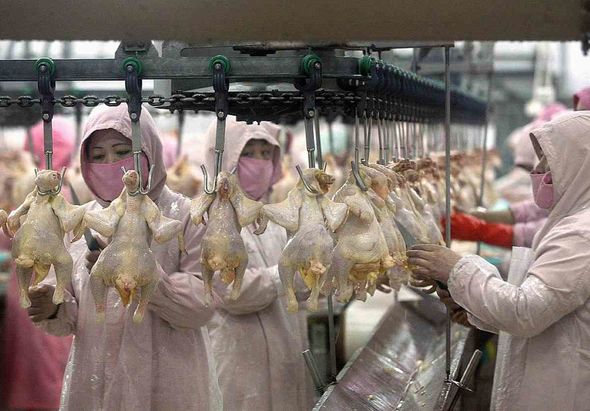 The animals that are genetically uniform and crammed side by side need yearly inoculations to protect them against the ravages of quickly mutating viruses.

It takes a long time and considerable expense to develop vaccines for the new viruses being formed, and when a vaccine comes out it is not long before it must be changed because of the rapid mutation of these influenza viruses.

Furthermore, because 75 percent of antibiotics are used in the rearing of farm animals there is the added risk of creating extremely resistant bacteria.

Much of these antibiotics are used to promote growth rather than cure illness.

Ms Blaszak said: “Without huge amounts of anti-biotics a lot of animals would be unwell and die and these intensified farming systems would not work.

“So, antibiotics just prop up the system for the next pandemic.”

However, Ms Blaszak said: “To be fair China is banning the use of antibiotics in animal food and water at the end of 2020.”

Since 2018 African swine flu, which originated in factory farms in Mexico, has wiped out the vast majority of smallholder pig farmers in China. 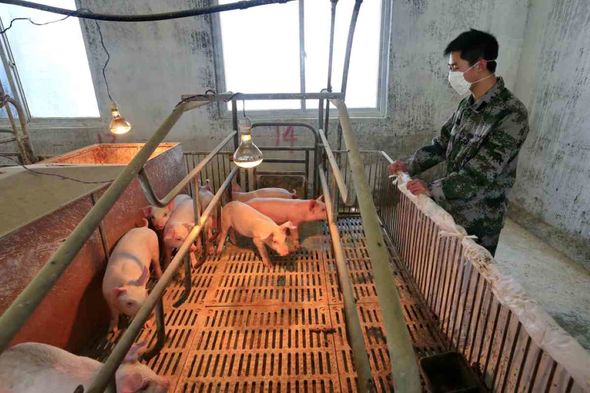 This then accelerated the intensity of farming practices in china.

Ms Blaszak stated the need to improve the welfare standard of animals and move away from a factory farming system, “so we can take the pressure off meat production by reducing the consumption of meat”.

She added: “We need to do this otherwise this pandemic will not be the last one.”

Since 2016 China has made some significant polices in moving away from overt meat consumption and improving food sustainability in the country.

Ms Blaszak added that the whole world should rethink their consumption of meat.

She said: “The world should move away from intensive farming systems and improve the welfare standards of animals.

“There should be a reduction in the consumption of meat.”