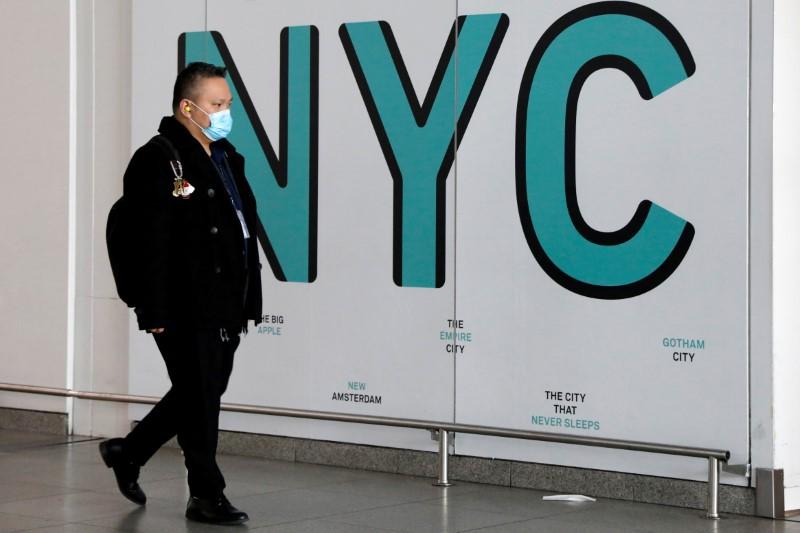 (Reuters) – The number of travelers flying from China to the United States fell 84.1% in February from a year earlier, according to data from an agency of the U.S. Department of Commerce, as travel curbs were imposed to limit the spread of the coronavirus pandemic.

Arrival data from the International Trade Administration (ITA) also said the number of Chinese travelers in the first two months of 2020 fell 35.4% to 353,911 from a year earlier.

Chinese arrivals accounted for only 1.4% of more than 2.4 million global travelers arriving in the United States in February, according to ITA.

The total number of overseas arrivals through January and February also fell 3.8% to 5.29 million, with Asia accounting for the steepest decline due to the coronavirus outbreak that began in China.

Global airlines have sought relief from the world’s major economies to prevent irreversible damage by the coronavirus crisis, even as the United States government on Wednesday offered $58 billion to its flailing carriers.