Colombian official: ‘We do not expect to resume international air travel or to reopen land borders’ before August 31. 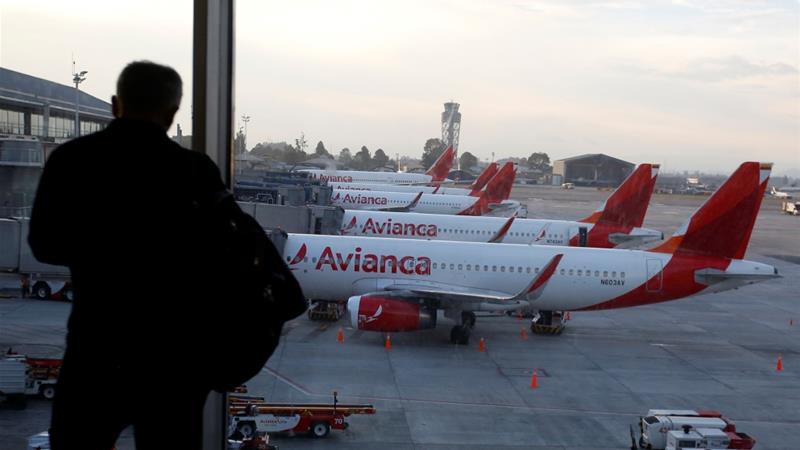 Colombia on Wednesday followed in Argentina’s footsteps and imposed one of the toughest travel bans in the world to fight the coronavirus pandemic, saying no international passenger flights will be allowed until August 31.

Argentina’s decision sparked outrage among that country’s airlines, but so far the government has not changed its mind.

“Until Aug 31 we do not expect to resume international air travel or to reopen land borders,” Colombia’s Transport Minister Angela Maria Orozco said in an interview with Blu Radio on Wednesday.

Latin America has imposed stricter travel restrictions than most regions to fight coronavirus. In addition to Colombia and Argentina, Peru, Ecuador, El Salvador and Panama have also grounded all flights and repeatedly extended those bans as the disease has spread. Cargo flights are allowed.

Colombia’s decision is a blow to its largest carrier, Avianca Holdings, which this month filed for bankruptcy in a US court. Avianca said in a statement the government had not yet notified it about the new ban.

Avianca had earlier hoped to resume flying in June. The carrier is in a delicate situation as its entire passenger fleet is currently unable to fly due to restrictions in several countries. It is, however, operating cargo flights, but those represent a small percentage of the company’s revenue in normal times.

The carrier has a limited amount of cash to keep the operation afloat while earning little revenue, which has prompted it to seek government aid that has yet to materialise.