Poldark: Geoffrey Charles reveals he wants to enrol as a cadet

Some 400 state schools have already taken advantage of the Cadet Expansion Programme, a social mobility scheme launched by PM Gordon Brown but extended widely by David Cameron using Libor funds. But as children leave behind months of isolation from friends there is a real need for structured activities and the Government should focus on expanding the scheme further.

“The benefits of joining a structured organisation with other pupils which seeks to expand horizons and install key life skills while having fun just can’t be overestimated, particularly after a year of virtual isolation” said Neil Mackintosh, geography teacher at Tile Cross Academy in Birmingham.

The 600-pupil school, which serves one of Birmingham’s most deprived communities, won the prestigious National Social Mobility Award at the end of last year for the benefits that its cadet force have had on its pupils.

While once Tile Cross was under Special Measures, the adoption of its cadet force has helped to transform the school and instilled a new ethos in its pupils.

Four have even been offered bursaries to attend top boring schools because of their involvement in the School’s Sea Cadet division.

“We serve one of Birmingham’s most disadvantaged communities. One of our cadets walked all the way from Afghanistan to the Sangatte camp in Calais. Others are from Morocco, Italy or even Romania’s Roma community,” said former Army officer Mackenzie, who heads the school’s Sea Cadet division and is now its social mobility tsar. 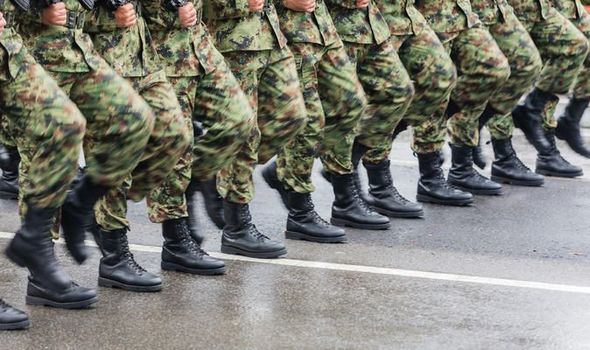 “Discipline in the school is no longer the issue it was. Instead, what we’re seeing is how tangibly the cadets help pupils to develop skills and attributes which help to succeed in life.

“It’s about collaboration and stepping out of your comfort zone to take small risks – things you cannot have from comfort zone of your own home.

“With help from charities like the Ulysses Trust, pupils are able to take advantage of heavily -subsidised field trips which allow them to meet contemporaries from other schools and even countries.
A week’s “summer camp” to the US costs as little as £30 for some parents under heavy subsidy schemes, he said.

And several former cadets have even become professional ski and snowboard instructors following their experiences at the nearby Tamworth Snow Dome.

“It takes a bit of courage to leave your friends behind and spend a week with strangers. But usually the cadets are crying at the end of these field trips because they don’t want to say goodbye to their new friends,” he said.

Last week one cadet passed an interview to attend the £67,000-a-year United World College of the Atlantic in Wales, where they will share classes with future Spanish queen Princess Leonor of Asturias and Princess Alexia of the Netherlands.

“Four of our cadets have now gone to boarding schools for their sixth form, with 110 percent bursaries,” he said.

“Being a cadet gives pupils something to talk to interviews about, and it shows the school this is someone who will contribute to the broad curriculum, beyond academic studies.”

Sir Anthony Seldon, former headmaster of top boarding school Wellington College and founder of Wellington Academy said: “It’s entirely unfair that overwhelmingly joining the cadets is an option only for those at independent schools. 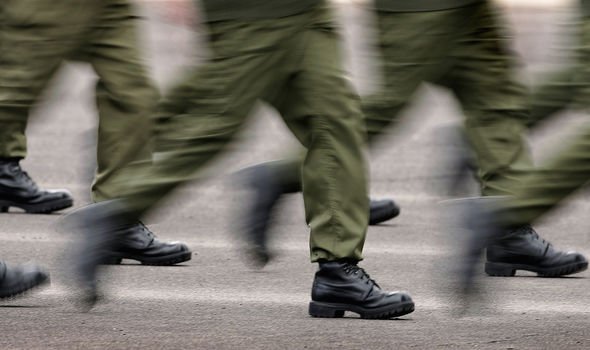 “Social mobility isn’t just about getting the same grades as pupils at private schools. Cadet forces give pupils skills to present themselves at interviews, to come over confidently and strongly.

“It gives girls as well as boys an experience of risk, adventure, endurance, achievement and confidence. it builds their confidence by giving them challenges they will not have inside the classroom.

“The vast majority do not join the Armed Forces, but it is about service and it’s physically healthy.”

Minister for the Armed Forces James Heappey said:“Our cadet forces form a vital part of communities around the country. Cadets and volunteers have risen to the challenges of Covid-19 by making face masks for NHS workers, reaching out to the isolated and vulnerable and fundraising for veteran charities.

“We are committed to supporting the future of the cadets. As restrictions ease, we look forward to seeing them resume normal activities and welcome new recruits to this important and impactful organisation.”