KINSHASA (Reuters) – Authorities in Congo announced a new Ebola outbreak in the western city of Mbandaka on Monday, adding to another epidemic of the virus that has raged in the east since 2018. 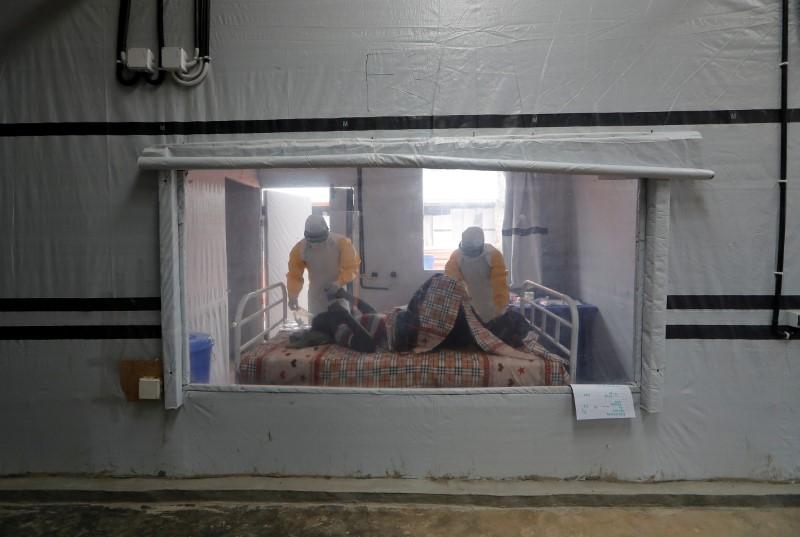 Six cases have been detected, four of which have died in the city, a trading hub of 1.5 million people on the Congo River with regular transport links to the capital Kinshasa.

Mbandaka is 1,000 km (620 miles) from an ongoing outbreak that has killed over 2,200 people in North Kivu province by the Uganda border, where containment efforts have been hampered by armed conflict.

The new outbreak is Congo’s eleventh since the virus was discovered near the Ebola River in 1976.

“We have a new Ebola epidemic in Mbandaka,” health minister Eteni Longondo told reporters. “We are going to very quickly send them the vaccine and medicine.”

The Ebola virus causes hemorrhagic fever and is spread through direct contact with body fluids from an infected person, who suffers severe vomiting and diarrhoea.

The discovery is a major blow for Democratic Republic of Congo, which has suffered three Ebola outbreaks since 2017. It is also combating a measles epidemic that has killed over 6,000 and COVID-19, which has infected over 3,000 and killed 71.

“This outbreak is a reminder that #COVID19 is not the only health threat people face,” World Health Organization Director-General Tedros Adhanom Ghebreyesus tweeted.

The health ministry was two days away from declaring the end of the eastern North Kivu outbreak in April when a new chain of infection was confirmed. No new cases have been detected there in over 30 days.

Ebola was detected in Mbandaka in 2018, leading to fears it could spread fast there, or reach Kinshasa, which is home to 10 million people.

However, the use of a vaccine and swift containment efforts including mobile handwashing stations and a door-to-door education campaign kept it at bay.