Jerusalem’s Al-Aqsa Mosque compound has reopened to worshippers and visitors after more than two months of closure due to the coronavirus pandemic.

The Council of Islamic Waqf, which oversees Muslim sites on the complex, cited the virus’s slowed local spread in lifting entry restrictions on Sunday.

But the Jordan-appointed council also imposed some precautionary measures to reduce the risk of contagion at Islam’s third-holiest site. Worshippers must wear face masks and bring personal prayer rugs should they wish to pray in the mosque or on the grounds.

Chanting “God is greatest, we will protect Al-Aqsa with our soul and blood”, tens of Muslims gathered in front of the large wooden doors, where they were welcomed by mosque director Omar al-Kiswani, who thanked them for their patience.

“After they opened the mosque, I feel like I can breathe again. Thanks be to God,” Jerusalem resident Umm Hisham said through a face mask, her eyes tearing up, after entering the compound for dawn prayers.

The resumption of prayers capped a sombre period for Jerusalem’s Muslims, who this year marked the fasting month of Ramadan and the Eid al-Fitr holiday without their usual daily visits to Al-Aqsa Mosque and the adjoining Dome of the Rock.

It also followed a fraught day in occupied East Jerusalem. Israeli police on Saturday shot dead a disabled Palestinian, saying they suspected he had been carrying a pistol. He had been unarmed.

The killing – which happened in the walled Old City near Lions’ Gate, an access point mainly used by Palestinians – prompted furious condemnation from Palestinians.

The Al-Aqsa Mosque compound had closed its doors in March as part of measures to limit the spread of COVID-19, the highly infectious respiratory disease caused by the new coronavirus.

Muslims revere the site, believing that the Prophet Muhammad ascended to heaven there on a miraculous night journey, and it has often been a flashpoint in the Israeli-Palestinian conflict.

It is also the holiest site to Jews, who refer to it as the Temple Mount and believe it to be the location of two biblical temples. Later on Sunday morning, a group of Orthodox Jews, accompanied by Israeli police, entered the compound through a visitors’ entrance adjacent to Judaism’s holy Western Wall.

Known to Muslims as the Haram al-Sharif, the site is under the custodianship of neighbouring Jordan, which controlled the West Bank, including East Jerusalem, up until occupation by Israel in 1967.

With the number of COVID-19 cases declining, in recent days both Israel and the occupied Palestinian territories have eased restrictions.

Fewer than 500 infections and just three deaths have been confirmed in the West Bank and Gaza, which have a combined population of about five million.

Following the deadly shooting on Saturday, the Palestinian leadership demanded that the Israeli police officer who killed the man be brought before the International Criminal Court.

There have been fears that Israeli plans to take advantage of a controversial green light from US President Donald Trump to annex swaths of the West Bank could stoke further violence. 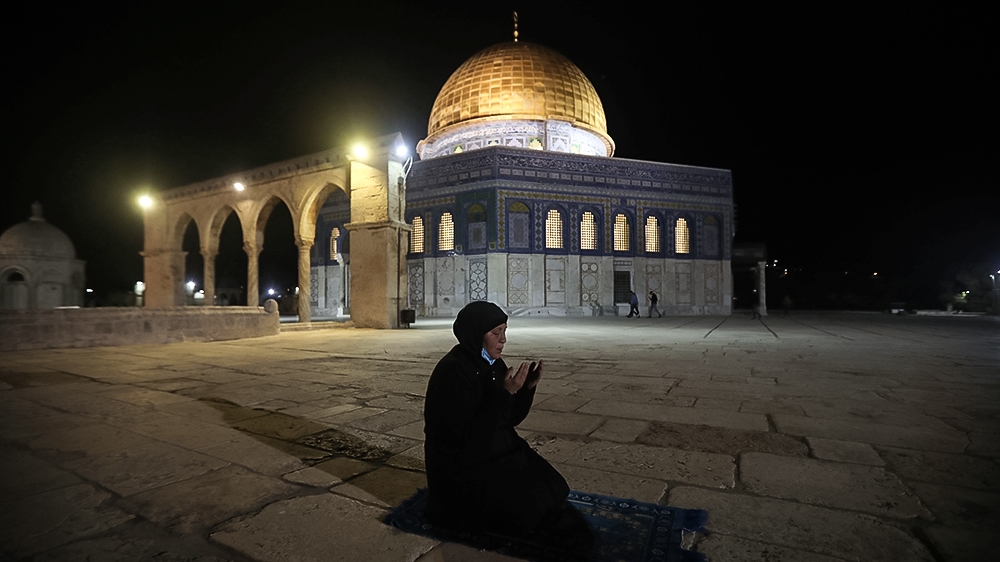