The country has a recorded 107,709 active cases, according to the latest government data – down from 108,237 yesterday.

It marks a significant drop when compared with the decrease of just 20 cases from April 19 to April 20.

However, there were 534 new deaths marking an increase from yesterday’s daily death toll of 454.

The news comes as Italian Prime Minister Giuseppe Conte announced that a plan to gradually relax the country’s lockdown would be released by the end of this week.

He also said that Italians should be proud of how they have responded to the coronavirus pandemic, saying “let’s stop being strict with our country”. 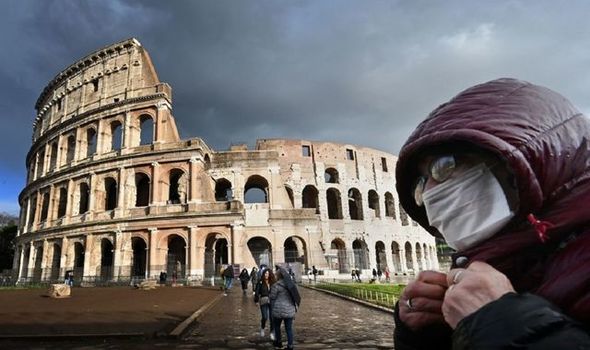 Mr Conte announced the news in a Facebook post, but stopped short of giving away any details as to what the upcoming reopening plan would look like – although some businesses, such as bookshops, stationary shops and children’s clothes stores have been allowed to reopen already.

He said: “In the next few days we will analyse this reopening plan thoroughly and explore all the details.

“Ultimately, we will take responsibility for decisions, which are up to the government and which cannot be sent to experts, who also provide us with a valuable basis for evaluation.”

“We need to march together and keep the community spirit up. This is our strength.” 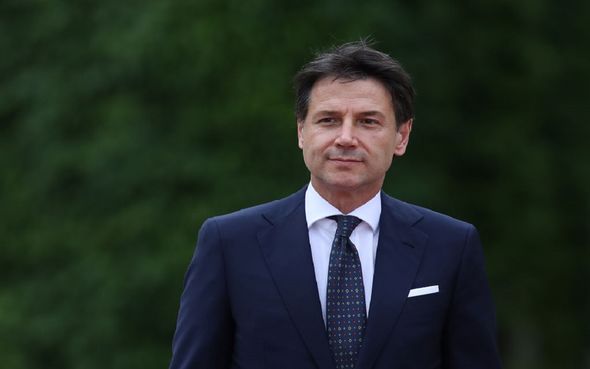 Mr Conte added that the plans would involve various considerations including the percentage of workers who use public transport compared with those who travel in their own vehicle, and what sort of social distancing measures could be imposed on commuters.

He also acknowledged the frustration among Italian residents that the lockdown must continue.

Mr Conte said: “Many citizens are tired of the efforts made so far and would like a significant relaxation of these measures, or even their total abolition.
“I wish I could say: Let’s reopen everything. Right away. We’ll start again in the morning.

“But such a decision would be irresponsible. It would bring up the contagion curve uncontrollably and it would frustrate all the efforts we’ve put in so far. All together.” 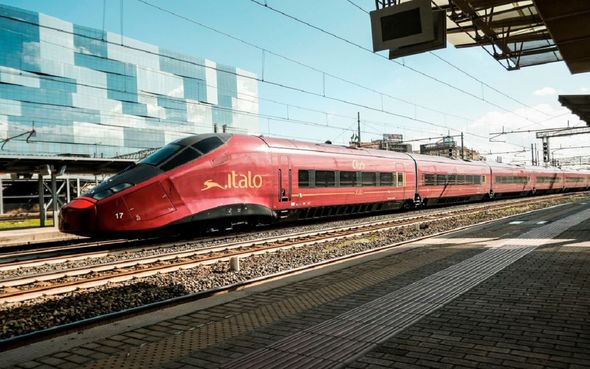 Italian businesses will likely be anticipating any news of relaxing of the country’s tough lockdown measures, as the country’s treasury is expecting its economy to shrink by eight percent this year – the country’s worst recession since World War Two, according to a Reuters report.

Mr Conte claimed the new measures are expected to be put in place from May 4 – the day after its current lockdown plans are due to end.

Italy remains the third hardest-hit country in the world in terms of total Covid-19 cases behind Spain and the US.

However, its death toll is higher than that of Spain, as are its number of active cases despite their recent decline. 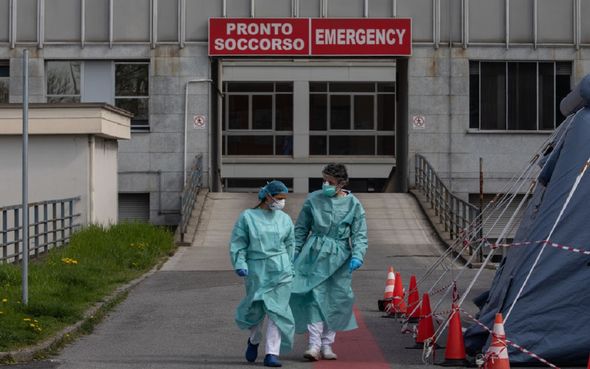 The country yesterday called its first ever decline in active cases “extremely encouraging”.

Meanwhile the UK announced a significant increase in recorded new deaths on Tuesday – 823, up from 449 announced the day before.

However, such spikes after the weekend may be expected because there tends to be a lag in counting on Saturdays and Sundays, the Mirror reports.

And there are now over two and a half million cases of Covid-19 worldwide, and at least 177,234 deaths, with 688,430 recoveries, according to worldometer data.