Some countries are preparing to ease coronavirus restrictions after record lows in the numbers of new cases.

France, Italy and Spain have registered the lowest daily death tolls for weeks: France reported 135 deaths; Spain’s 164 was the lowest figure since mid-March; and Italy’s 174 was the lowest in two months.

In Italy, which had some of the world’s most severe restrictions, one of the first steps towards normal life comes today, with the reopening of parks and public gardens.

More businesses have been allowed to resume trading and people are allowed more freedom to move around their towns and cities.

Italy has been in lockdown since 10 March and, with 28,884 deaths, it is still the worst-hit in Europe, although the UK is rapidly approaching that point.

More than 210,000 people have tested positive for the virus.

In Spain, social distancing rules remain in place but many people have been able to venture outside for the first time since lockdown began there on 14 March.

Masks will become compulsory on public transport from today.

France, with 24,864 deaths, will gradually lift lockdown measures from 11 May and is preparing to bring in compulsory quarantine for travellers who arrive from outside Britain or Europe’s Schengen open-border area.

The two-week requirement will apply to all arrivals, whether they are French or foreign, as part of a bill which extends the country’s state of emergency until 24 July.

French government spokeswoman Sibeth Ndiaye said on Sunday that a list of “countries at risk” would soon be issued, without giving details. 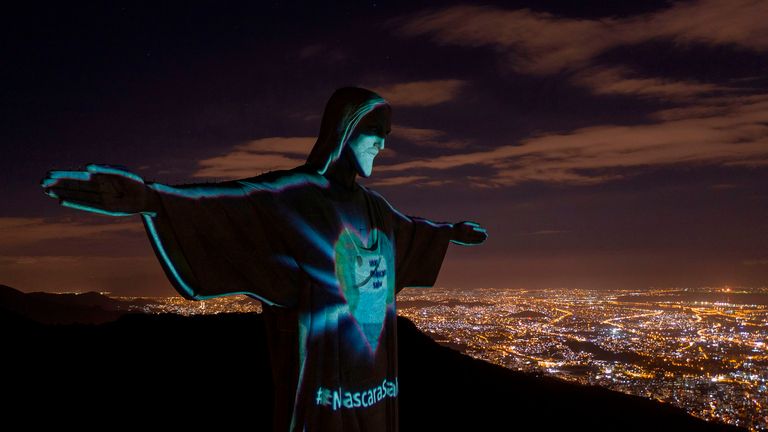 In New Zealand, there were zero new cases recorded in a 24-hour period for the first time in weeks, with the number of confirmed cases remaining at 1,137. Twenty people have died.

The country began its lockdown on 16 March with the ambitious goal of eliminating the virus and, while several social restrictions remain in place with most people still working and studying from home, some economic activity has resumed.

Consideration is being given to a trans-Tasman “bubble” which would allow movement of people between New Zealand and Australia, which has had about 6,800 infections and 95 deaths. 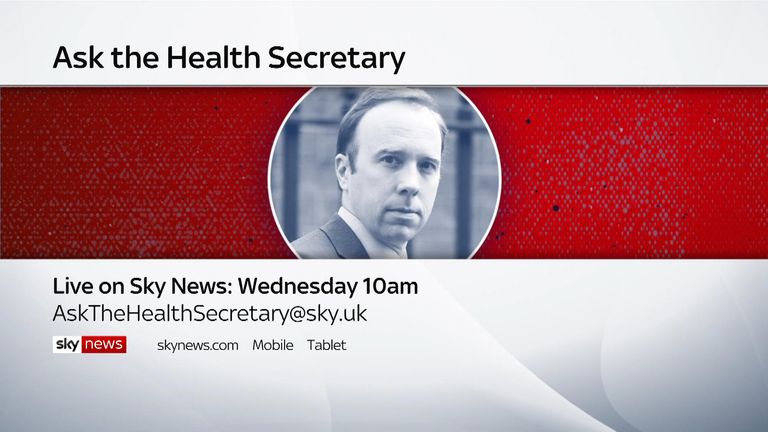 This week Kay Burley will be hosting a live Q&A with Health Secretary Matt Hancock. You can put your questions to Mr Hancock about the coronavirus and its impact on your life live on Sky News.