Home » World News » Coronavirus: Fans will be allowed at French Open despite surge in COVID-19 cases

Coronavirus: Fans will be allowed at French Open despite surge in COVID-19 cases

Fans will be allowed at the French Open this month, despite the growing number of coronavirus cases in France.

The tennis tournament will allow 11,500 spectators per day, split into three difference zones, with strict social distancing measures in place.

Some players have already raised concerns about safety after the decision was announced, with favourite Ash Barty dropping out and Serena Williams stopping short of confirming she would take part. 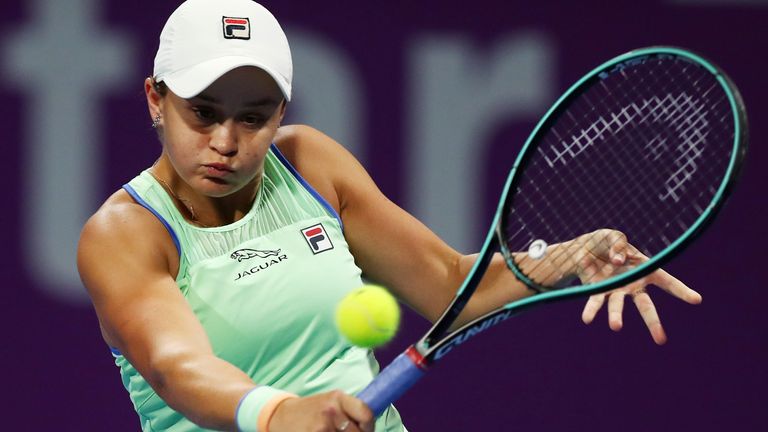 Jean-Francois Vilotte, the director general of the French Tennis Federation (FFT), said: “The FFT has a responsibility to protect the health of anyone involved in the tournament.

“We want our tournament to be truly remarkable and to set an example, from all angles. By setting an example with our tournament, we hope to prove that we can get the economy back on track; though it goes without saying that certain conditions and certain restrictions must be respected.”

Organisers originally hoped to have up to 60% of the usual capacity, the equivalent of about 20,000 fans per day.

Fans will be split into three zones, with no movement between the zones allowed and empty seats left between household groups.

People will have to wear masks at all times, while all accredited people at the tournament will have to pass virus tests.

Qualifying matches will be played behind closed doors.

Conditions for the players are even more stringent than at the US Open, which is currently being played without spectators.

They will be tested on arrival in Paris and again 72 hours later, and then every five days as long as they remain in the draw.

Players must stay in one of two tournament hotels and will only be allowed onsite at Roland Garros on the days they are playing matches.

Women’s world number one Ash Barty has confirmed she will not be returning to defend her French Open title due to concerns about coronavirus and a lack of preparation.

The Australian, who was the first major name to withdraw from the US Open, said it was a “difficult decision to make”.

“There are two reasons for my decision. The first is the health risks that still exist with COVID. The second is my preparation, which has not been ideal without my coach being able to train with me due to the state border closures in Australia,” she said.

Twenty-three-time Grand Slam winner Serena Williams also raised concerns, after staying in a private house for the US Open because of her history of lung problems and COVID-19 worries. Williams, who suffered blood clots and life-threatening pulmonary embolisms while giving birth in 2017, said: “If there are fans, then we should be able to stay elsewhere.

“It’s just for me I’m super conservative because I do have some serious health issues, so I try to stay away from public places, because I have been in a really bad position in the hospital a few times. So I don’t want to end up in that position again.

“I’m going to have to make the best decision for my health. Maybe it will be good for me to talk to the organisers just to see how that works with the crowd and how we will be protected.”