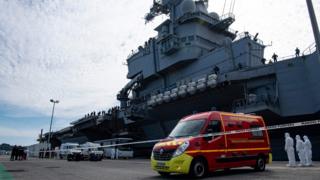 A third of the sailors on the French aircraft carrier Charles de Gaulle – 668 out of nearly 2,000 – are infected with coronavirus, the navy says.

The ship returned to the French port of Toulon early from Atlantic exercises. Twenty sailors are in hospital, one of them in intensive care.

The figure for those infected is likely to rise, as 30% of the test results are not yet in. The navy is investigating how so many sailors caught the virus.

Of those 10,643 died in hospital. French health authorities said on Wednesday 6,457 Covid-19 patients were in intensive care in France – 273 fewer than on Tuesday.

The aircraft carrier is now in quarantine. Last week it was brought home 10 days early from its Atlantic deployment after some sailors showed symptoms.

France has a very strict lockdown, which President Emmanuel Macron has extended to 11 May.

It has the third-highest death toll in Europe after Italy and Spain, however some European countries appear to be under-reporting care home deaths. 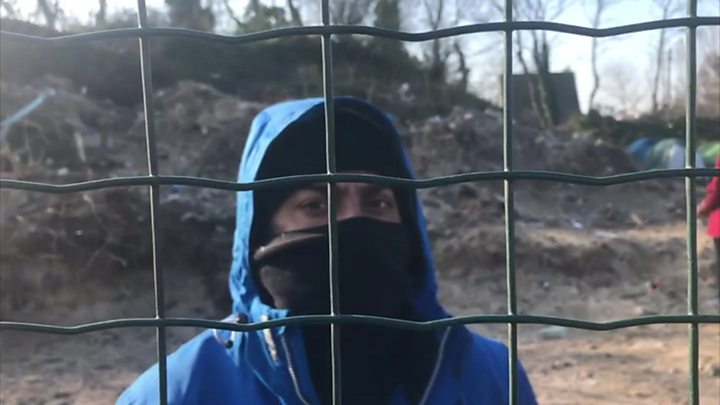 Meanwhile, a diplomatic row flared up between France and China this week after an unnamed Chinese diplomat posted an article in French, dated 12 April, claiming that in some Western care homes staff had abandoned sick pensioners. The writer used the French term “Ehpad” for nursing homes, and the article is still on the Chinese embassy’s website.

Now the Chinese embassy has responded to French anger by adding a statement from its foreign ministry spokesman, Zhao Lijian, stressing that Beijing is co-operating closely with France and other countries to fight the pandemic.

“We hope that there is no misunderstanding: the Chinese side has never made a negative comment on French management of the epidemic, and has no intention of doing so,” he was quoted as saying.

Faced with shortages of medical kit, like many other countries, France has ordered about 600 million face masks from China, though they have not yet arrived, Reuters news agency reports.