Home » World News » Coronavirus: Why current crisis could be just as deadly as Spanish Flu

Coronavirus: Why current crisis could be just as deadly as Spanish Flu

Since the initial coronavirus cases were reported in Wuhan, China, last November, the deadly outbreak has spread rapidly across the globe. Today, the number of people testing positive for COVID-19 is edging ever closer to half a million and has led to the deaths of more than 19,000 people. Self-isolation measures have been enforced by world leaders in attempts to contain the contagion. These include Prime Minister Boris Johnson’s declaration that the UK would go into lockdown on Monday. As the number of infected continues to rise, comparisons have been made between coronavirus and Spanish Flu, which wiped a quarter of the world’s population. While COVID-19 is not at a comparable level yet, history teaches us that measures must be put in place to halt the virus in its tracks.

Spanish Flu’s reign of chaos began towards the end of World War 1 – lasting from January 1918 until December 1920.

It was estimated that between 50 and 100 million people died during the epidemic – most notably striking down young people.

A number of theories seek to explain why the virus was so successful, which cite factors such as government censorship, less advanced medical care and more.

But most importantly, history can teach us how not to tackle pandemics today. 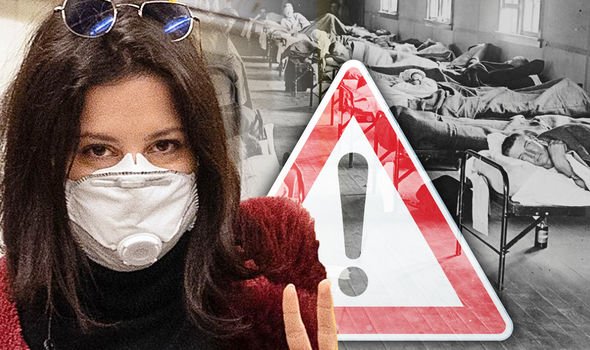 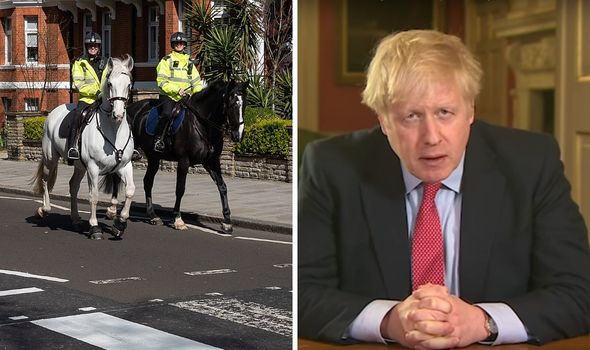 John M Barry, author of 2009 book ‘The Great Influenza: The Epic Story of the Deadliest Plague in History’, revealed more about the Spanish Flu.

He told Express.co.uk: “Roughly two-thirds of the dead were aged 18-50, the peak age for death was 28 and the elderly escaped almost entirely.

“Well over 90 percent of excess mortality was people under 65.”

Mr Barry warned that while Spanish Flu is considered to have been considerably worse than coronavirus right now, that could change if precautions are not taken. 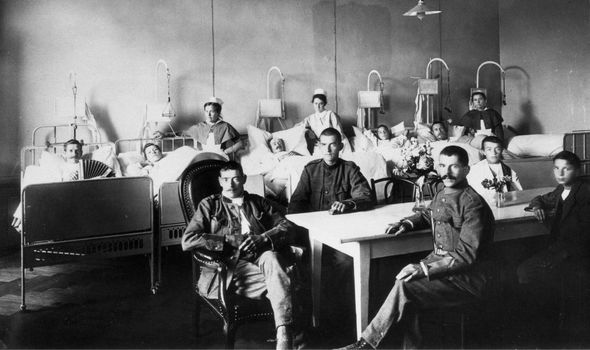 Mr Barry explained that during the Spanish Flu era there was “only supportive care” available to infected patients.

He told Express.co.uk: “What can be done in supportive care now is infinitely greater – if you get an ICU bed and ventilator. If not, it’s very similar to 1918.”

To prevent similar events from recurring with the coronavirus, access to medical care is vital, Mr Barry argued.

In the UK, Prime Minister Boris Johnson has attempted to reduce the burden on the NHS by enforcing the lockdown measures.

It’s hoped that this measure could reduce the amount of people becoming infected with coronavirus and equally reduce their risk of giving it to others. 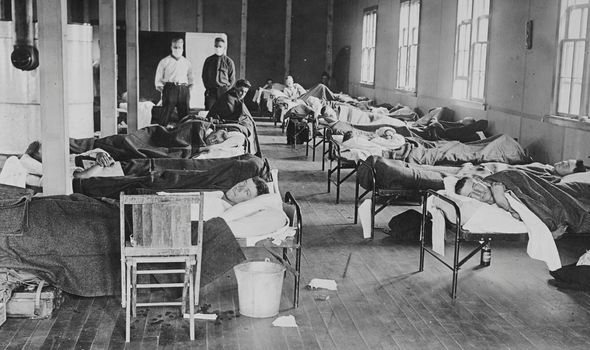 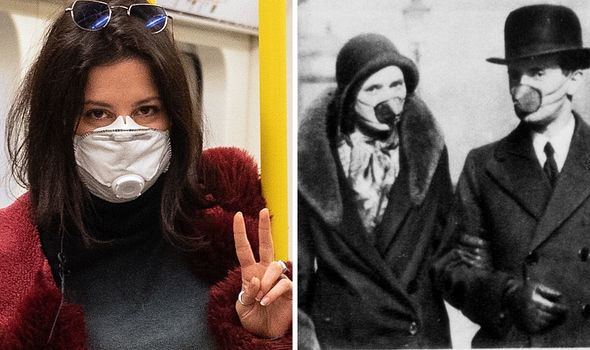 The World Health Organisation revealed that each person infected with coronavirus can contaminate between two and 2.5 people.

Professor Hugh Montgomery, director of the Institute for Human Health and Performance at University College London, told Channel 4 News that the current outbreak is three times deadlier than flu.

He said: “This coronavirus is very, very infectious, so every person passes to it three, now that doesn’t sound like much of a difference.

“But if each of those three pass it to three and that happens in 10 layers, I have been responsible for infecting 59,000 people.” 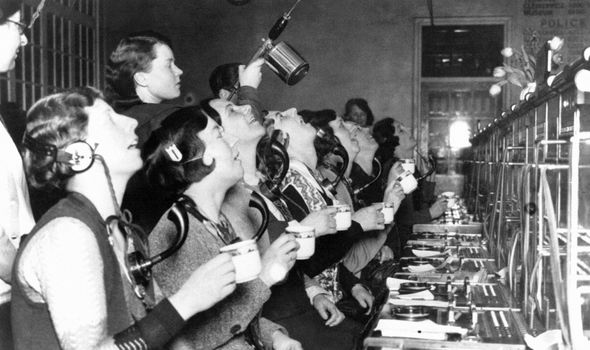 Another concern for governments, including the UK, is whether the public will follow rules set out for society’s protection.

In an op-ed for the New York Times last week, Mr Barry wrote: “Saying that is easier than doing it. The difficulties lie in timing and compliance.”

This was witnessed during the Spanish Flu, when the Army ordered that civilians should not be allowed into camps while they tried to quarantine the sick returning soldiers.

Mr Barry wrote: “An Army study found no difference in morbidity and mortality between camps that did and did not follow orders, because over time most became sloppy.

“Further investigation found that only a tiny number of camps rigidly enforced measures.” 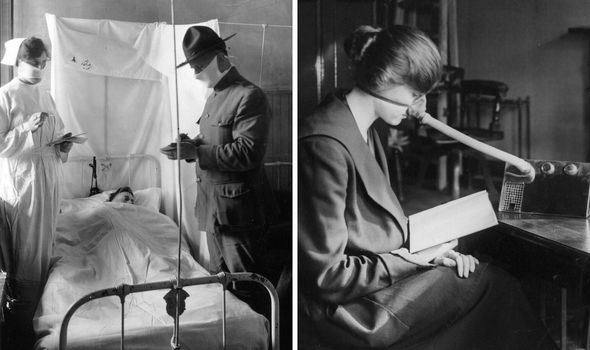 Public cooperation and ensuring healthcare can stretch far enough to save the sick are just two of many lessons we can learn from this plague of the past.

One thing for certain is that, as a society, it is imperative that we do all we can to avoid coronavirus spreading further.

These include ensuring thorough and regular hygiene practices and quarantine protocols.

While the current practices of social distancing, self-isolation and more, may be difficult to adapt to – they are vitally important in our battle against coronavirus.