Covid-19 Live Updates: Links Between Vaping and the Virus

The pandemic has devastated India, which has surpassed four million total confirmed cases. Tech companies’ policies aimed at parents are angering some workers who don’t have children.

Protesters and the police clashed at an anti-lockdown rally in Melbourne, Australia. 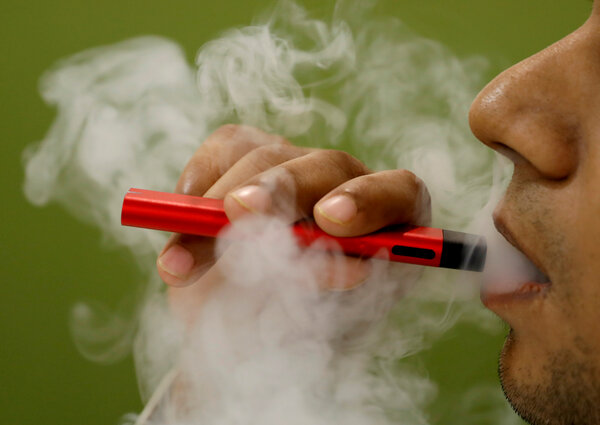 Research connects vaping to a higher chance of catching the virus — and suffering its worst effects.

Since the start of the pandemic, experts have warned that the coronavirus — a respiratory pathogen — probably capitalizes on the scarred lungs of smokers and vapers. Doctors and researchers are now starting to pinpoint the ways in which smoking and vaping seem to enhance the virus’s ability to spread from person to person, infiltrate the lungs and prompt some of Covid-19’s worst symptoms.

“I have no doubt in saying that smoking and vaping could put people at increased risk of poor outcomes from Covid-19,” said Dr. Stephanie Lovinsky-Desir, a pediatric pulmonologist at Columbia University. “It is quite clear that smoking and vaping are bad for the lungs, and the predominant symptoms of Covid are respiratory. Those two things are going to be bad in combination.”

But while several studies have found that smoking can more than double a person’s risk of severe Covid-19 symptoms, the relationship between vaping and Covid-19 is only beginning to become clear. A team of researchers recently reported that young adults who vape are five times as likely to receive a coronavirus diagnosis.

“If I had caught Covid-19 within the week before I got really ill, I probably would have died,” said Janan Moein, 20, who was hospitalized in early December with a collapsed lung and a diagnosis of vaping-related lung illness.

Mr. Moein vaped his first pen a year ago, and by late fall he was blowing through several THC-laced cartridges a week.

Just months later, he found himself in the emergency room of Sharp Grossmont Hospital in San Diego, where he was plunged into a medically induced coma and forced onto a breathing machine. He lost nearly 50 pounds in two weeks.

At one point, Mr. Moein said, his doctors gave him a 5 percent chance of survival.

About 34 million adults smoke cigarettes in the United States, many of them from communities of color and low socioeconomic status — groups known to be more vulnerable to the virus. And more than five million middle and high school students reported using vapes, according to a 2019 study by the Centers for Disease Control and Prevention.