With the US in crisis from COVID-19, Michelle Obama blasts Trump’s failures, says Biden will lead with empathy. 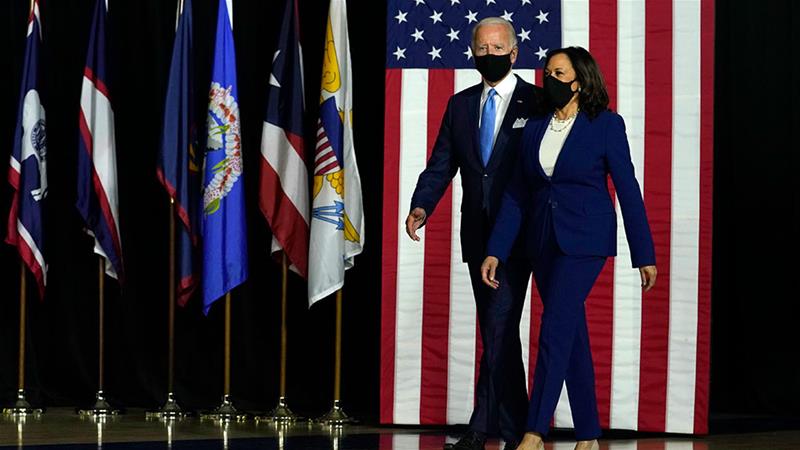 The Democratic Party opened its presidential convention with calls for unity and action to lift a deeply divided United States from its economic and political crisis by replacing President Donald Trump with Joe Biden.

Former First Lady Michelle Obama launched a scathing attack on President Trump, calling him the “wrong president” whose failures have brought chaos, adding that Biden’s empathy and down-to-earth leadership would restore health and prosperity to the US.

“We have got to show up with passion and hope for Joe Biden,” said the former first lady on Monday.

“Joe’s life is a testament to getting back up and he is going to channel his passion into lifting us back up.”

The Democrats will formally nominate Biden for president on Thursday with delegates voting in a convention being held via video conference across 57 states and principalities.

On Monday, delegates and the American public heard from former Democratic presidential contenders Bernie Sanders and Amy Klobuchar, as well as Republicans and working Americans who support Biden.

“The job is hard,” said Michelle, whose husband Barack served as president from 2009 to 2016. “It requires clear-headed judgement, a mastery of complex and competing issues, a devotion to facts and history, a moral compass and an ability to listen. And an abiding belief that each of the 330 million lives in this country has meaning and worth.

“You simply cannot fake your way through this job,” she said while taking a shot at Trump who she said is not capable of rising to the challenge the nation is facing.

“Whenever we look to this White House for leadership or consolation or any sense of steadiness, what we get is chaos, lack of vision and total and utter lack of empathy.”

Trump, who appeared at a campaign rally in Oshkosh, Wisconsin, earlier in the day mocked the Democrats’ use of a pre-taped video, including Michelle’s remarks, saying he doubted many Americans would tune in to the televised event.

While the opening night lacked the authentic feel of a traditional convention with a packed hall of nearly 4,000 rowdy delegates, the video conferencing elements reflect the new normal of American life amid the coronavirus pandemic.

Sanders described an “unprecedented moment” in American political history marked by a pandemic that has killed 170,000 people in the US, economic collapse that has resulted in 30 million jobless, and systemic racism leading to nationwide protests.

“Together, we have moved this country in a bold new direction, showing that all of us Black and white, Latino, Native American, Asian American, gay and straight, native born and immigrant, yearn for a nation based on the principles of justice, love and compassion,” Sanders said, adding that Trump is taking America “down the path to authoritarianism”.

Prominent Republican and former Ohio Governor John Kasich, seen standing at a fork in the road, said the US is standing “at a crossroads” in this election and he feels it is his patriotic duty to oppose his own party’s president. 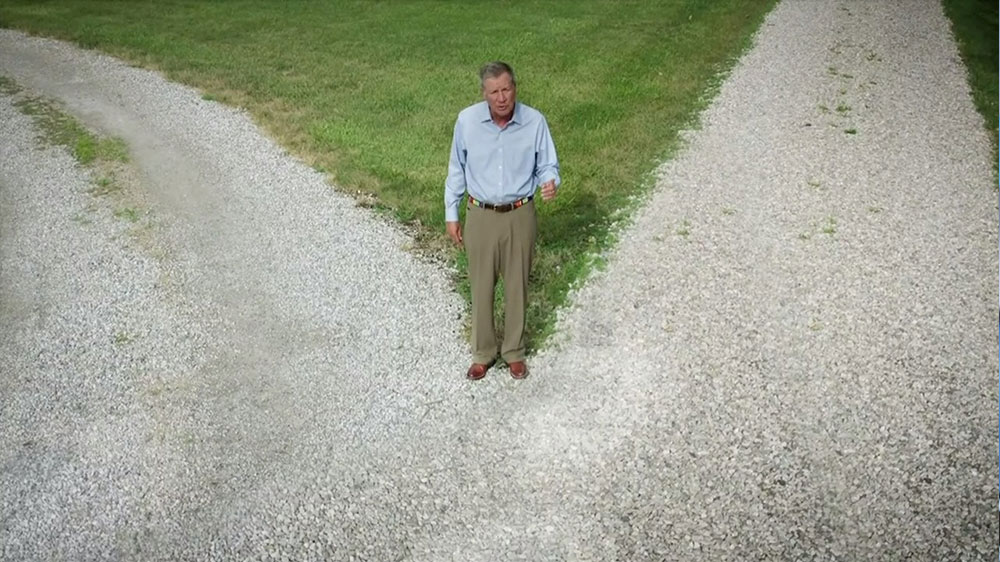 Kasich called Biden “a man who can help us see the humanity in each other”.

The convention started with a montage of Americans reading the opening lines of the US Constitution, starting with the phrase “We the People”, setting a broadly inclusive theme for Biden’s campaign against Trump who Democrats accuse of violating constitutional norms in his conduct in office.

Much of the Democrats’ message focused on the hardships the coronavirus pandemic has imposed on Americans and Trump’s inability to control the outbreak.

Actress Eva Longoria, who served as the master of ceremonies for the evening’s programme, spoke by video conference with Biden supporters Scott Richardson, a small business owner, Rick Telesz, a farmer, and Michelle Beebe, a school nurse. 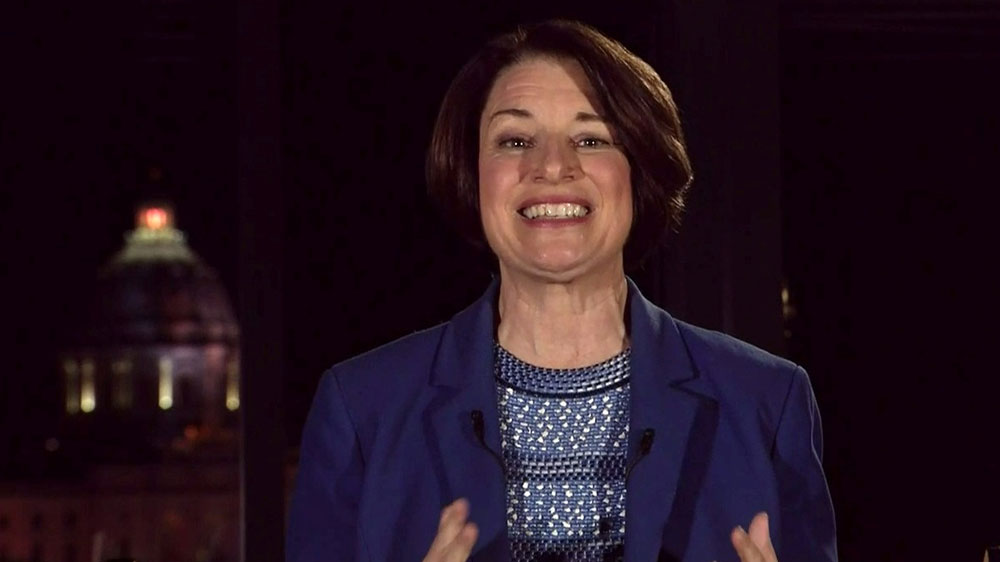 Senator Amy Klobuchar, who ran unsuccessfully for president, touched on her 92-year-old father who survived a bout with COVID-19 in May.

“We need a president who will look out for seniors, like my dad, whose families visit them looking through windows not knowing if it will be the last time they will see them,” Klobuchar said.

Kristin Urquiza, who lost her father to COVID-19, blamed Trump’s mismanagement of the pandemic for his death.

“My dad was a healthy 65-year-old. His only pre-existing condition was trusting Donald Trump, and for that, he paid with his life,” she said. “When I cast my vote for Joe Biden, I will do it for my Dad.”

Michigan Governor Gretchen Whitmer, who gained national prominence for her tough stance against the virus, said: “Just imagine if we had a national strategy to address the COVID virus.” 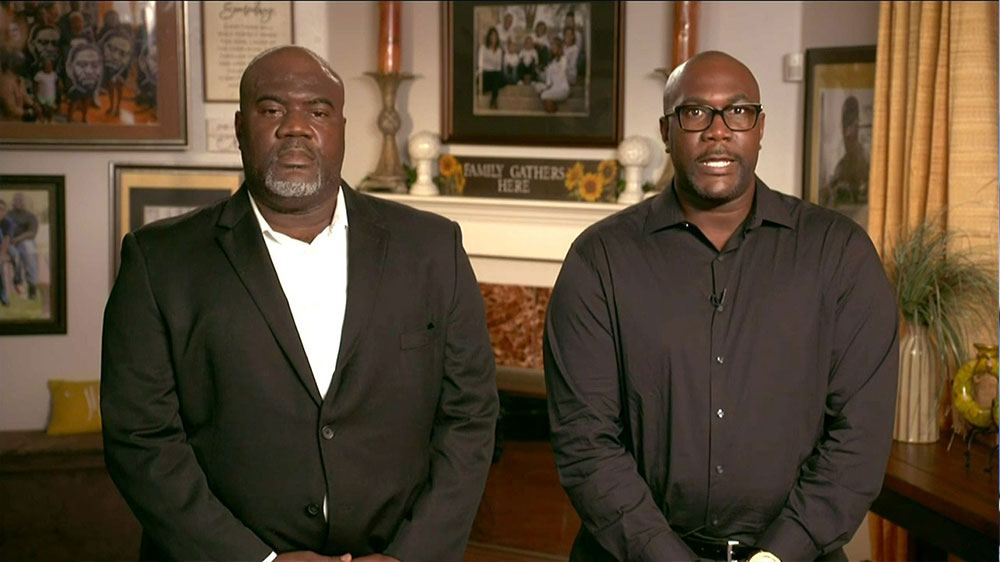 Democrats are seeking to harness the power of the Black Lives Matter protests that erupted across the US after the death of George Floyd.

Speaking from Houston, Floyd’s brothers, Rodney and Philonese, held a moment of silence for their brother at the virtual 2020 Democratic National Convention.

“It’s up to us to carry on the fight for justice. Our actions will be their legacies,” Philonese said.

Convention producers interspersed images of Americans protesting set to the rousing Bruce Springsteen song, The Rising, with clips of Biden giving a fiery speech about police reform and civil rights in Philadelphia.

“While we were peacefully protesting, Donald Trump was plotting,” Bowser said, “That’s when I said, enough is enough.”