Home » World News » Donald Trump: The Republicans who could quash Trump’s 2024 hopes – including his son

Donald Trump: The Republicans who could quash Trump’s 2024 hopes – including his son

Donald Trump was the 45th US President but he failed to win a second term in the November 2020 election. In a speech at the Conservative Political Action Conference, the Republican suggested he may run for president again in 2024 amid a speech within which he made an angry attack on his Democratic usurper Joe Biden. Express.co.uk speaks to US political experts about which Republican candidates would likely stand in Mr Trump’s way if he does pursue a second term in 2024.

Mr Trump delivered his first speech since Mr Biden became president on Sunday, February 28, during which he criticised his successor.

The Republican said US policy had gone from “America first to America last”.

Mr Trump said: “I stand before you today to declare that the incredible journey we began together… there’s never been a journey so successful – we began it together four years ago and it is far from over.”

He dismissed suggestions he intends to start a new party, saying “we’re not interested in them”.

The former president added: “We all knew the Biden administration was going to be bad, but none of us even imagined just how bad they would be.”

Mr Trump hinted he intends to beat Mr Biden in the 2024 election, referencing his repeated and baseless claim that he did not lose the last election.

He said: “Who knows, I may even decide to beat them for a third time.” 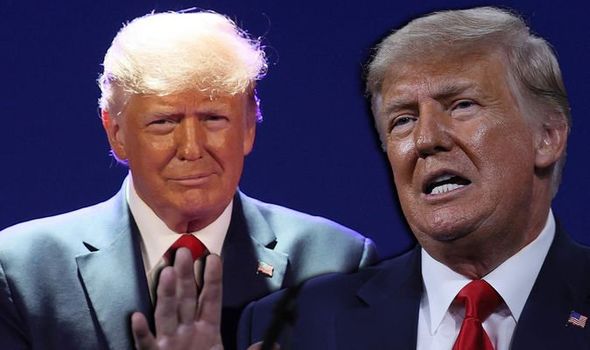 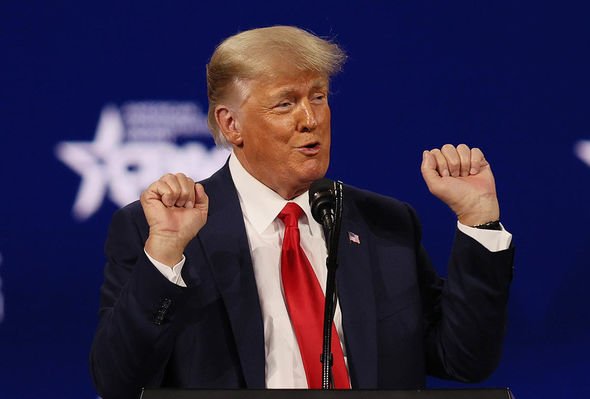 Government expert and author William Bike said typically candidates who lose a second term have no chance of returning to power.

Mr Bike told Express.co.uk: “Traditionally, a one-term American president who not only failed to win a second term but lost the Congress for his party would be done politically.

“That’s what happened to Jimmy Carter after 1980, when he failed to win a second term and took his party down to defeat in the Senate as well.

“Carter has been a force for good socially but has not been a player politically in 40 years.

“George H.W. Bush was ignored for the eight years of the Clinton Administration, and his ‘comeback’ was merely working behind the scenes to get his son, George W. Bush, elected President.

“Usually, the smell of defeat never washes off.”

However, he added: “There is nothing traditional or usual about Trump.

“The ‘platform’ was whatever thoughts and policies Trump came up with.” 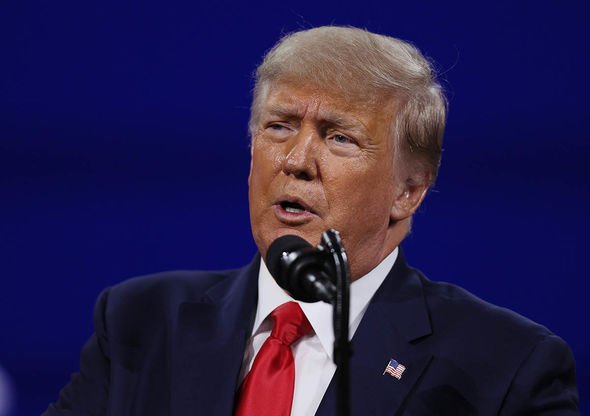 In terms of alternatives in 2024, the experts do not believe Mr Trump would face much competition in the Republican presidential race.

Mr Wilson told Express.co.uk: “Donald Trump doesn’t really have competitors for the Republican nomination; there are only alternatives if he chooses not to run.

“Trump is incredibly popular within the Republican Party, and incredibly unpopular with everyone else, who are the majority of voters.

“But in the Republican primary, enthusiasm is everything, and Trump still has that enthusiastic support.”

Mr Bike supported this view, highlighting those who had opposed Mr Trump in his second impeachment trial had been reprimanded.

He said: “For a very short time there were stirrings from traditional Republicans about taking back the party, particularly after the January 6 insurrection attempt, but that effort is already dead, proven by the fact that the few Congressmen and Senators who voted to impeach and convict Trump have been officially censored by various Republican Party organisations.

“Senator Lindsay Graham was highly critical of Trump right after January 6, but since has gone to Trump’s home at Mar-A-Lago to apologise, and to strategise for 2024.” 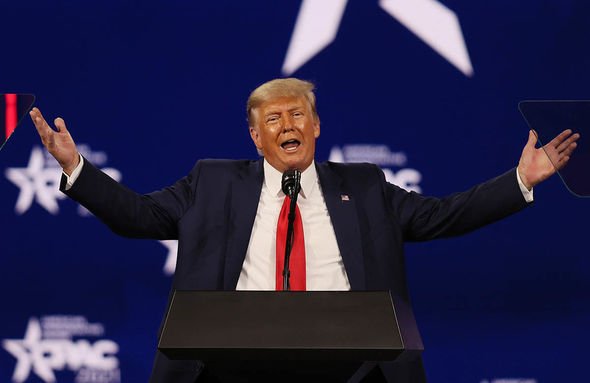 However, Mr Trump still has critics and, therefore, it is possible others will pitch to become the 2024 Republican presidential nominee.

“But he is paying a heavy price.

“He not only has been censured by his party, but some Republicans in his State of Illinois have started a smear campaign against him, saying he only is critical of Trump because Trump didn’t appoint him to anything when Trump was President.

“Kinzinger, unbelievably, has even been disowned by his family for opposing Trump.

“The family went so far as to send Kinzinger two registered letters chastising him for daring to criticise Trump.” 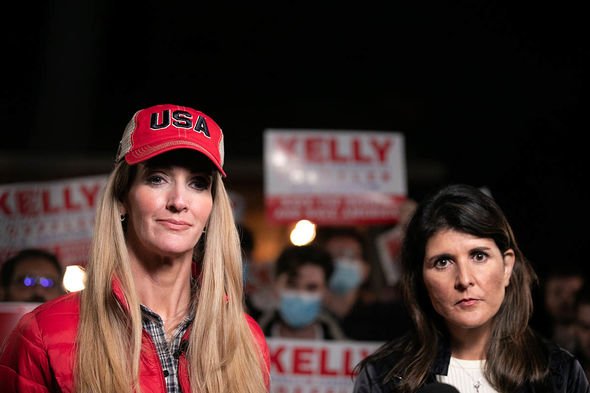 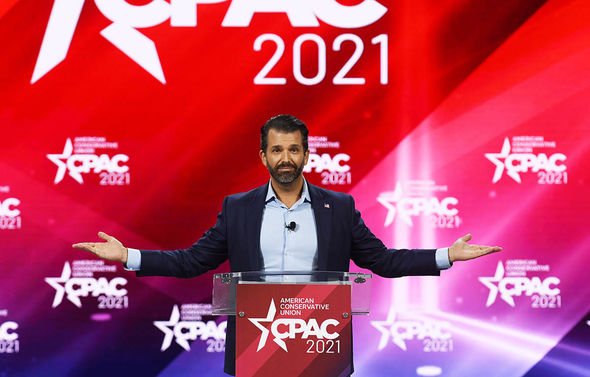 He told Express.co.uk: “The most popular alternative to Trump is Nikki Haley, who is a moderate but not anti-Trump.

“Younger candidates such as Haley or Marco Rubio are the future of the Republican Party.

“But Donald Trump is still very much the current Republican Party.”

The likelihood of a Mike Pence – Nikki Haley primary fight in 2024 had long been murmured about inside the West Wing.

Political pundits also noted how Ms Haley kept a distance from Mr Trump’s false claims about the election and after January 6, Mr Trump became absolutely radioactive to all but his most ardent supporters.

Mr Wilson told Express.co.uk: “The biggest competitor to Trump is probably his son, Donald Trump, Jr., because he might be the only candidate who could persuade the former president to withdraw even if he wanted to pursue a second term.

“But the reality remains: If Donald Trump wants to be the 2024 Republican nominee, he is almost certain to win the primary race.

“No scandal or health problem or poll will be believed by Trump’s supporters, and few Republicans are willing to endure the revenge of Trump voters by publicly opposing Trump.

“But establishment Republicans are desperate to see Trump withdraw from the race because he is a huge liability in 2024 and highly likely to lose again.”

He told Express.co.uk: “The quick and powerful Republican Party censure of Republicans, even slightly critical of Trump, means that any potential 2024 Republican Presidential candidate cannot even consider running.

“Not only would working on a potential 2024 Republican Presidential candidacy be a waste of time and money but would bring down the wrath of the Republican Party on any candidate who dared consider taking on the party’s absolute leader, Donald Trump.”

Mr Bike said: “The Republican Party may find the Trump train derailed, and be scrambling for an alternative.

“Right now, they’re not ready to do so. They’re not even thinking of doing so.”