Home » World News » ‘Don’t tell me how to vote!’ TV host erupts as woke making it ‘painful to be Conservative’

‘Don’t tell me how to vote!’ TV host erupts as woke making it ‘painful to be Conservative’

Fox News host Brian Kilmeade invited columnist and former diplomat Dave Seminara to discuss how companies in America were bowing down to political pressure to take sides in debates. The conversation was ignited by Coca-Cola’s vocal opposition to new voting laws in Georgia put in place by the Republican Party, which has since sought to boycott the company. The pair analysed the “cultural revolution” which was taking place before them as the former diplomat claimed it was becoming “painful to be a Conservative”.

Discussing how companies have become more political, Fox News host Brian Kilmeade said: “[People are pandering] to the left, afraid of being labelled as homophobic or not green enough, or woke enough.

“To give an example a Twitter follower with 29 followers complaining ‘The Daily Wire is spreading homophobic and transphobic content’.

“You might think it’s easy to find [a load of people] to condemn it [if it was].”

Mr Seminara said: “It doesn’t take much these days, does it? 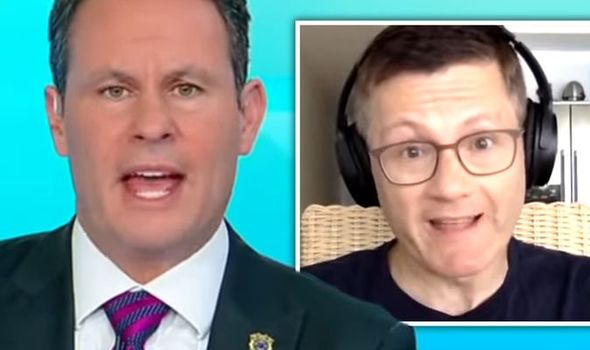 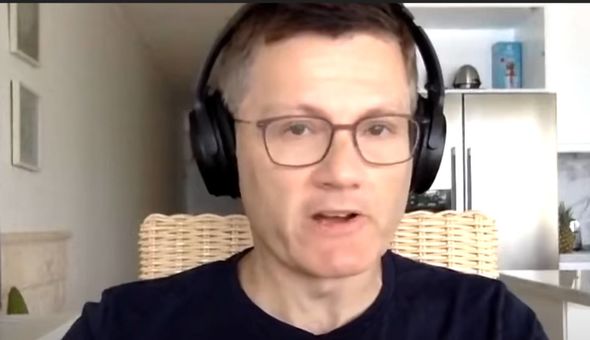 “I mean you could literally have one complaint come in and then all of a sudden you’ve got a company that’s ready to pull their advertising campaign.

“What does that say about freedom of speech I mean it’s really a sad state of affairs we’re in Brian.

“As you know we’re in the middle of this cultural revolution and it’s painful to be a Conservative right now because you’re just having politics dominating our lives in every sphere of life.

“We’re having essentially left-wing woke politics crammed down our throats in every sphere of life.” 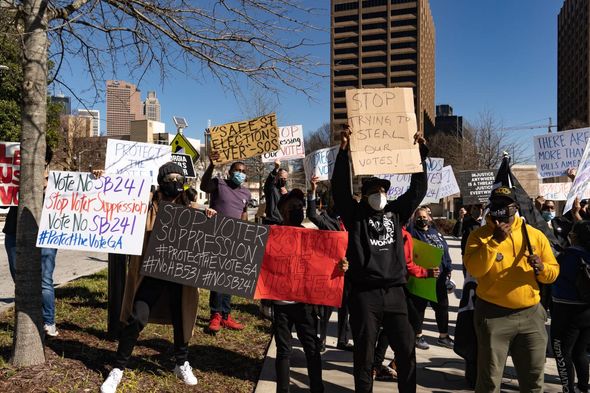 Mr Kilmeade then said: “Right and it’s got to stop and so many people are outraged by it.

“Even to see some people on the left like Bill Maher speaking out saying ‘excuse me, what kind of pathway are we on again?’”

Mr Seminara then went on to attack Coca-Cola for treating him like an “idiot” and that it should not be down to them to tell him how to vote.

However, Mr Seminara fell just short of telling people to boycott the company. 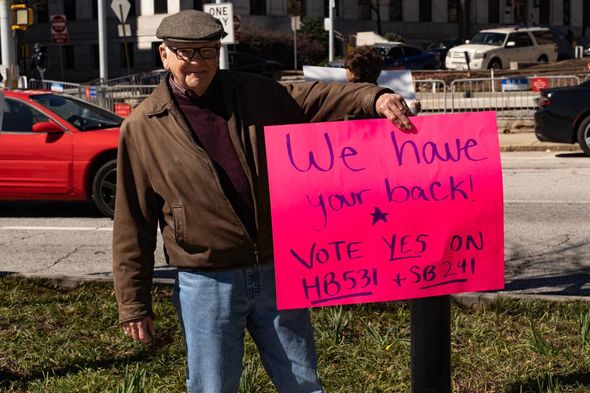 The Georgia voting law introduces new rules for voting in the state which has been met with opposition.

More restrictions have been put in place for absentee ballots – people who vote on behalf of other people – with the handing out of food and water at queues now seen as a misdemeanour.

Portable voting stands like trucks have essentially been banned and it is now more difficult to extend voting hours if a problem arises as more criteria need to be met.

Critics argue the rules are a clampdown on ordinary voters and to tighten the voting process after ballot issues arose during the last US elections.