Dozens detained at anti-social distancing rally in The Hague 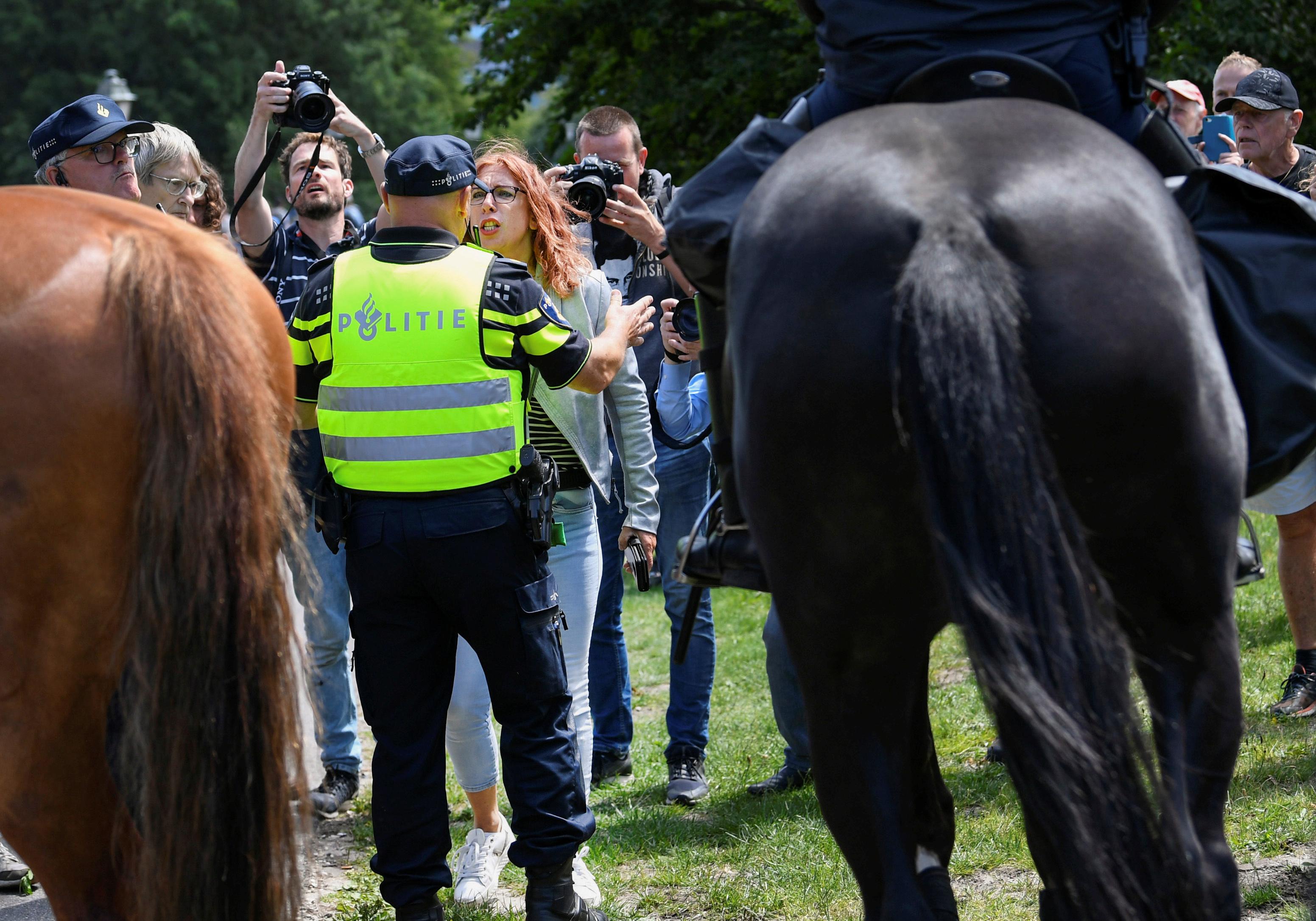 THE HAGUE (Reuters) – Police in The Hague said on Sunday they had detained 37 protesters who ignored a court ban and held a demonstration against social distancing rules imposed to fight the coronavirus outbreak.

Around 200 protesters took part in Sunday’s demonstration, far fewer than a week ago when several thousand attended a similar protest. Organisers had called on people to stay home this week in view of Friday’s court ruling that the protest violated restrictions on public gatherings.

The protesters say a policy of requiring people to stand 1.5 metres (about four feet) apart is undemocratic and should be lifted.

The Netherlands has recorded more than 50,000 COVID-19 infections and more than 6,000 deaths since mid-March. Restrictions are being lifted after a steep decline in new cases and deaths in recent weeks.