“The things Americans value most are at risk,” says a draft of the National Climate Assessment, a major federal scientific report slated for release next year. 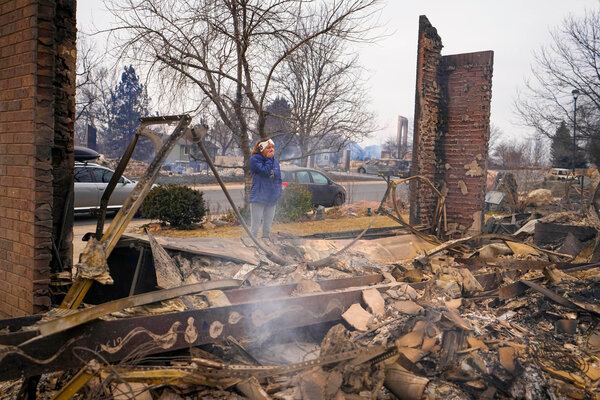 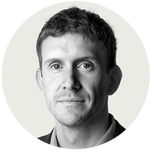 WASHINGTON — The effects of climate change are already “far-reaching and worsening” throughout all regions in the United States, posing profound risks to virtually every aspect of society, whether it’s drinking water supplies in the Midwest or small businesses in the Southeast, according to a draft scientific report being circulated by the federal government.

The draft of the National Climate Assessment, the government’s premier contribution to climate knowledge, provides the most detailed look yet at the consequences of global warming for the United States, both in the present and in the future. The final report isn’t scheduled to be published until late 2023, but the 13 federal agencies and hundreds of scientists who are compiling the assessment issued a 1,695-page draft for public comment on Monday.

“The things Americans value most are at risk,” says the draft report, which could still undergo changes as it goes through the review process. “More intense extreme events and long-term climate changes make it harder to maintain safe homes and healthy families, reliable public services, a sustainable economy, thriving ecosystems and strong communities.”

As greenhouse gas emissions rise and the planet heats up, the authors write, the United States could face major disruptions to farms and fisheries that drive up food prices, while millions of Americans could be displaced by disasters such as severe wildfires in California, sea-level rise in Florida or frequent flooding in Texas.

“By bringing together the latest findings from climate science, the report underscores that Americans in every region of the country and every sector of the economy face real and sobering climate impacts,” said John Podesta, a senior adviser to President Biden on clean energy, adding that the draft report was still undergoing scientific peer review and public comment.

The assessment isn’t entirely fatalistic: Many sections describe dozens of strategies that states and cities can take to adapt to the hazards of climate change, such as incorporating stronger building codes or techniques to conserve water. But in many cases, the draft warns, adaptation efforts are proceeding too slowly.

Under a law passed by Congress in 1990, the federal government is required to release the National Climate Assessment every four years, with contributions from a range of scientists across federal agencies as well as outside experts. The last assessment, released in 2018, found that unchecked warming could cause significant damage to the U.S. economy.

The Trump administration tried, but largely failed, to halt work on the next report, and its release was pushed back to 2023.

A new response to rising seas. Consigned to marginal land more than a century ago by the U.S. government, some Native American tribes are trying to move to areas that are better protected from high water and extreme weather. In response, the Biden administration has created a program designed to help relocate communities threatened by climate change.

A change in priorities. Gabon, a major producer of oil, knows the resource won’t last forever. So the country’s officials are turning to the Congo Basin rainforest for revenue — while also promising to preserve the area. The approach, which aims to strike a balance between the needs of a nation and those of a world facing a climate crisis, appears to be working.

A warming Siberia. Rapid warming of the Arctic has led to extreme wildfire seasons in Siberia in recent years, scientists have concluded, and such severe fires are likely to continue. The researchers said that the region may be near a threshold beyond which even small temperature increases could result in more intense fires.

Shift to clean energy. The energy crisis sparked by Russia’s invasion of Ukraine is likely to speed up rather than slow down the global transition away from fossil fuels and toward cleaner technologies like wind, solar and electric vehicles, the International Energy Agency said in its annual World Energy Outlook, a 524-page report that forecasts global energy trends to 2050.

Climate pledges fall short. Countries are failing to live up to their commitments to fight climate change, pointing Earth toward a future marked by more intense fires, drought and other havoc, according to a new U.N. report. Just 26 of 193 nations that agreed last year to step up their climate actions have followed through with more ambitious plans.

The draft report comes as world leaders are meeting in Sharm el Sheikh, Egypt, this week for the annual United Nations climate change summit. This year’s talks are focused on the harm that global warming is inflicting on the world’s poorest nations and the question of what rich countries should do to help. But the forthcoming U.S. assessment will offer a stark reminder that even wealthy nations will face serious consequences if temperatures keep rising.

The United States has warmed 68 percent faster than Earth as a whole over the past 50 years, according to the draft report, with average temperatures in the lower 48 states rising 2.5 degrees Fahrenheit (1.4 degrees Celsius) during that time period. That reflects a global pattern in which land areas are warming faster than oceans are, and higher latitudes are warming faster than lower latitudes are as humans heat up the planet, primarily by burning fossil fuels like oil, gas and coal for energy.

Americans can now feel the effects of climate change in their everyday lives, the draft says. In coastal cities like Miami Beach, Fla., the frequency of disruptive flooding at high tide has quadrupled over the last 20 years as sea levels have risen. In Alaska, 14 major fishery disasters have been linked to changes in climate, including an increase in marine heat waves. In Colorado, ski industries have lost revenue because of declining snowfall.

Across the country, deadly and destructive extreme weather events such as heat waves, heavy rainfall, droughts and wildfires have already become more frequent and severe.

In the 1980s, the nation suffered an extreme weather disaster that caused at least $1 billion in economic damage about once every four months, on average, after adjusting for inflation. “Now,” the draft says, “there is one every three weeks on average.” Some extreme events, like the Pacific Northwest heat wave last year that killed at least 229 people, would have been virtually impossible without global warming.

Bigger hazards are on the way if global temperatures keep rising, the draft report says, although the magnitude of those risks will largely depend on how quickly humanity can get its fossil fuel emissions under control.

“The faster and further we cut greenhouse gas emissions, the more we will reduce risks to current and future generations,” the draft says. “Each additional increment of warming will cause more damage and greater economic losses than previous warming, while the risk of catastrophic or unforeseen consequences also increases.”

The Biden administration has set a goal for the United States to cut its greenhouse gas emissions in half by 2030 and to stop adding planet-warming pollution to the atmosphere altogether by 2050. But while America’s emissions have fallen in recent years, the report says, current efforts are “not sufficient” and emissions would need to decline at a much faster pace, by more than 6 percent per year, to meet that 2050 target.

And even if drastic action on emissions is taken today, the United States will still face rising climate risks through at least 2030 because of lags in the climate system — in other words, it would take some time for reductions in emissions to have an effect on the climate. That means every state in the country will need to take steps to adapt to growing hazards.

There are some encouraging signs. At least 18 states have now written formal adaptation plans, with another six in the works. Cities and communities across the country are increasingly aware of the dangers of global warming and are taking actions to protect themselves.

Yet many of those adaptation efforts are poorly funded and remain “incremental,” the draft says, instead of the “transformative” changes that are likely to be necessary to deal with climate effects. Instead of merely installing more air-conditioning in response to heat waves, cities could redesign buildings and parks to help stave off heat. In addition to elevating individual homes above floodwaters, states will need to redirect development from flood-prone areas.

The authors of the draft report also note that many risks from climate change may be hard to predict and defend against. As the planet warms, the dangers of “compound events” grows. In 2020, for example, a combination of record-breaking heat and widespread drought created large, destructive wildfires in California, Oregon and Washington that exposed millions of people to hazardous smoke and stretched firefighting resources.

And it is hard to foresee how American society will react to the potentially wrenching changes produced by global warming.

“Americans’ quality of life is also threatened by climate change in ways that may be more difficult to quantify or predict, such as increased crime and domestic violence, harm to mental health, reduced happiness and fewer opportunities for outdoor recreation and play,” the draft report says. “These compounding stressors can increase segregation, reliance on social safety net programs, and income inequality.”