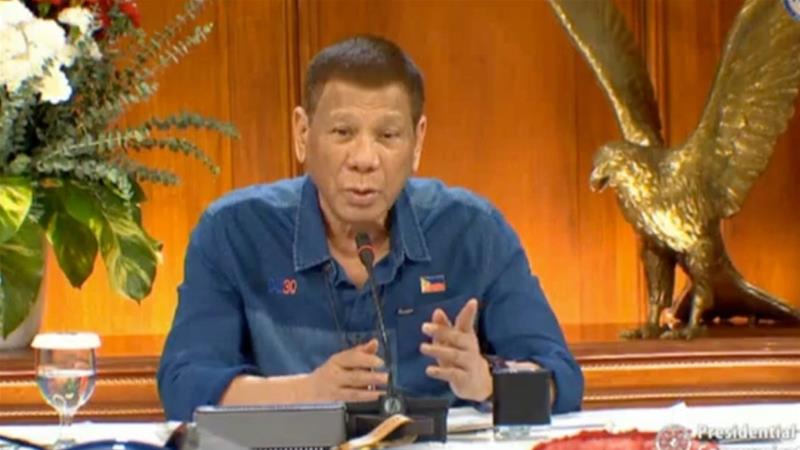 The Philippines will reimpose a stricter coronavirus lockdown in and around the capital for two weeks from Tuesday, President Rodrigo Duterte announced early on Monday, as the country struggles to contain infections that have jumped to more than 100,000 cases.

The lockdown will affect an estimated 25 million people, almost a quarter of the Philippines’ more than 100 million population.

Some businesses and public transport are expected to be closed in the capital, which is currently under the less-restrictive General Community Quarantine classification. It is unclear if domestic flights from Manila are also affected, as in the previous lockdown of the country’s capital.

Work and quarantine passes will also be required, as authorities seek to restrict movements.

Some of the president’s allies have advised against a new lockdown saying it could cripple the already ailing economy.

Duterte’s move came after 80 local groups representing 80,000 doctors and a million nurses called for tighter controls, saying the country was losing the fight against the coronavirus.

“I have heard you. Don’t lose hope. We are aware that you are tired,” Duterte said in a late-night televised address that lasted early on Monday.

The Philippines recorded 5,032 additional infections on Sunday, the country’s largest single-day increase, taking its confirmed coronavirus cases to 103,185. The death toll jumped by 20 to 2,059.

It was the second-highest number of COVID-19 infections and deaths in Southeast Asia, behind Indonesia.

But in his message early on Monday, the Philippine president also railed against the doctors who raised the alarms about about the situation of the country’s health system, daring them to “declare a revolution”.

“You really don’t know me. You want to revolution? Then say it. Go ahead, try it. We’ll ruin everything. We’ll kill all those who are infected with COVID,” he said in a tirade.

“Is that what you want? We can always end our existence in this manner.”

It was unclear how Duterte came up with the subject of a revolution, as the statement from the doctors did not mention about rising up against the government.

In mid-March, Duterte imposed one of the world’s longest and strictest lockdowns in the capital and other provinces to curb the coronavirus spread.

He began easing restrictions in June in an effort to revive the domestic economy, which is now facing its biggest contraction in more than three decades.